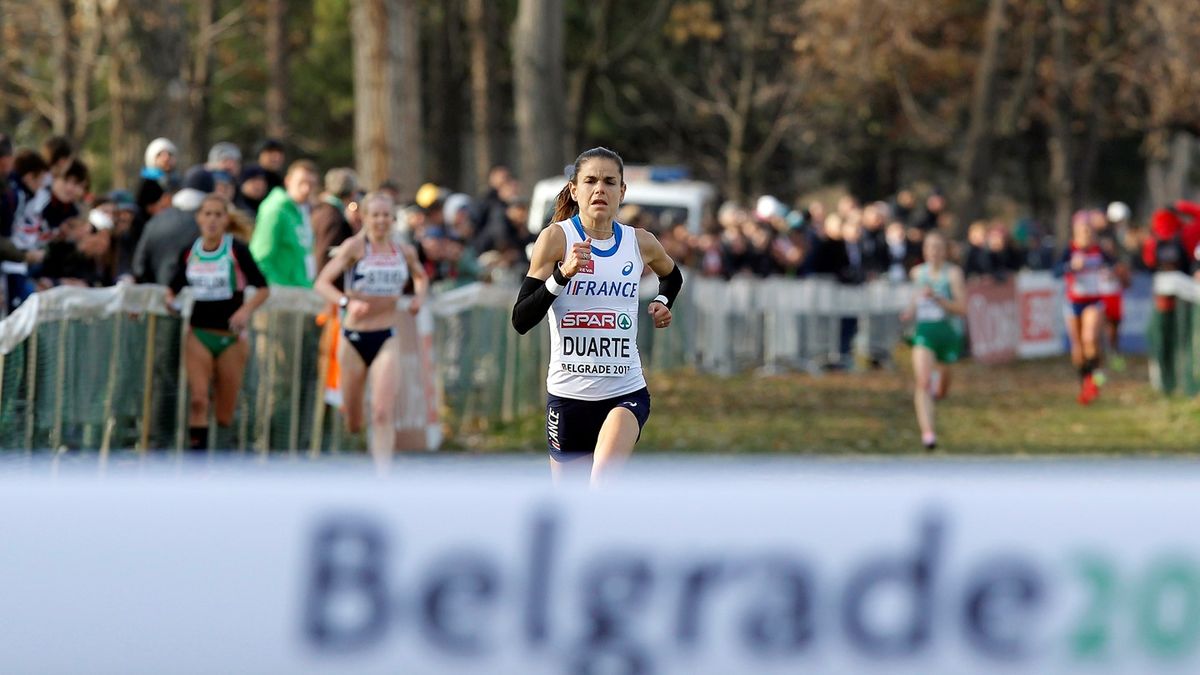 After being the first Frenchwoman home in Allonnes last weekend, Sophie Duarte has secured her place on the team for next month’s SPAR European Cross Country Championships – four years on from being the individual champion.

Duarte claimed the title in Belgrade back in 2013 by five seconds in 26:34 ahead of Great Britain’s Gemma Steel and led the French team to a silver medal. Perraux was also part of that successful squad four years ago.

At the Cross L’Acier in Leffrinckoucke on Sunday, Perraux finished ahead of Guerin, Mezeghrane-Saad and Chevalier-Garenne as all four booked their date in Samorin while Emma Oudiou - twice a medallist in the 3000m steeplechase at the European Athletics U23 Championships - leads the U23 team in her final year in that division.

The senior men’s team is lead by the familiar name of Hassan Chahdi, who has already won five individual medals at the European Cross Country Championships across the three age-group categories.

Djilali Bedrani, Benjamin Choquert, Michael Gras, Freddy Guimard and Benjamin Malaty have also been named on the senior men’s team with Jimmy Gressier at the forefront of the U23 squad which also includes Alexis Miellet, Fabien Palcau and Hugo Hay.

Gressier is in superb form, after winning over 8.31km last weekend in the 13th Cross Rene Arcuset. He also lifted the French 10km road title in Aubagne this winter.

France, who will complete their squad when the U20 teams are announced, have also entered a team for the mixed 4 x 1500m relay in Samorin: Maeva Danois, Elodie Normand, Martin Casse and Samir Dahmani.