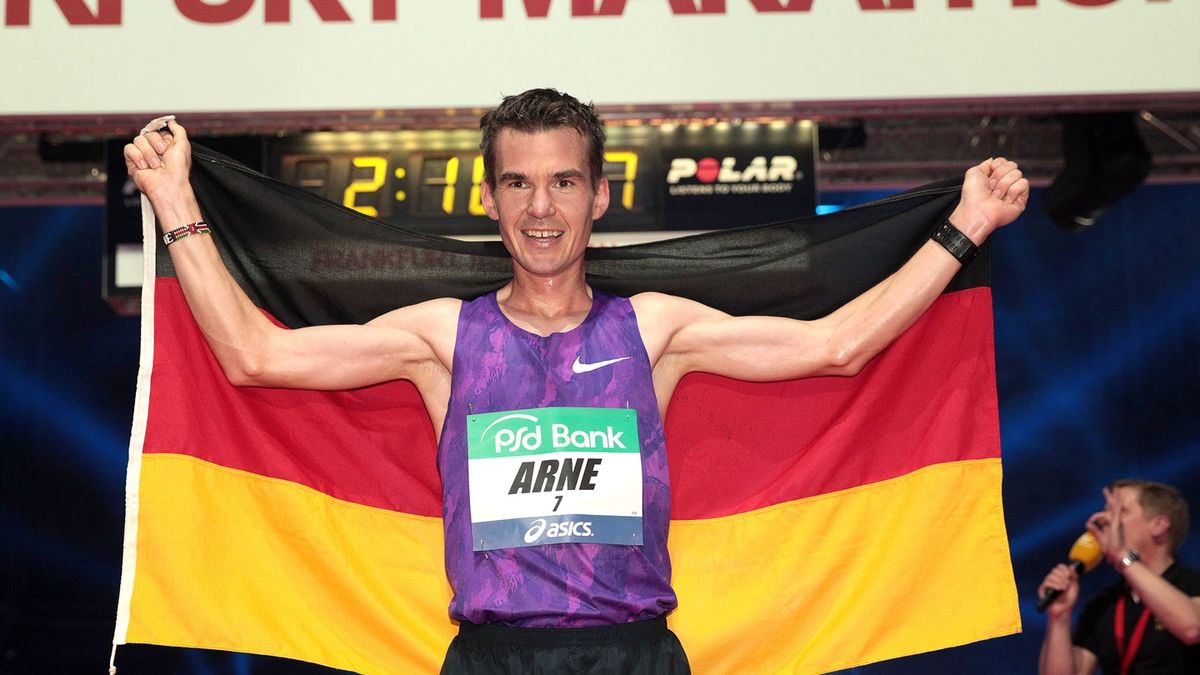 There is a new name at the top of the European Athletics rankings for the men’s marathon this morning and the runner he has replaced has been there for only nine months.

As for the athlete whose spot Arne Gabius has now taken at the helm of the German national lists, that goes back a bit further - 27 years infact.

With a run of 2:08:33 to finish fourth in the Frankfurt Marathon on Sunday, Gabius broke the German record time of 2:08:47 that Jörg Peter had set in Tokyo in 1988, then running for East Germany.

It was a hard race for him as he battled back in the second half to earn his place in the record books, admitting what a tough time it was and how he did not think he would break the record as Ethiopia’s Sisay Lemma won in 2:06:26 from Kenyans Lani Rutto (2:06:34) and Alfers Lagat (2:06:48).

But break it he did and have the extra rewards of the national title and the Olympic qualifying standard ahead of the Games in Rio in August from a race where 21 European athletes went under 2:20.

It was nine months to the day that Ukraine’s Oleksandr Sitkovskyy had moved to the top of the European Athletics rankings with 2:09:11 as he finished third in Marrakech, but Gabius has plotted this race, with the record as his target.

He took his place on the start line after intense training which saw him running around 160 miles a week and as he said to faz.net: 'I was on a completely different level than last year…but I have the record.'

And he added: 'I still have a lot to catch up in the marathon.'

As Ethiopian Gulume Tollesa won the women’s race (2:23:12), Russia’s Sardana Trofimova (2:23:48) was the best European in fourth with a fine personal best while Germany’s Lisa Hahner won the national title as she finished sixth (2:28:39).