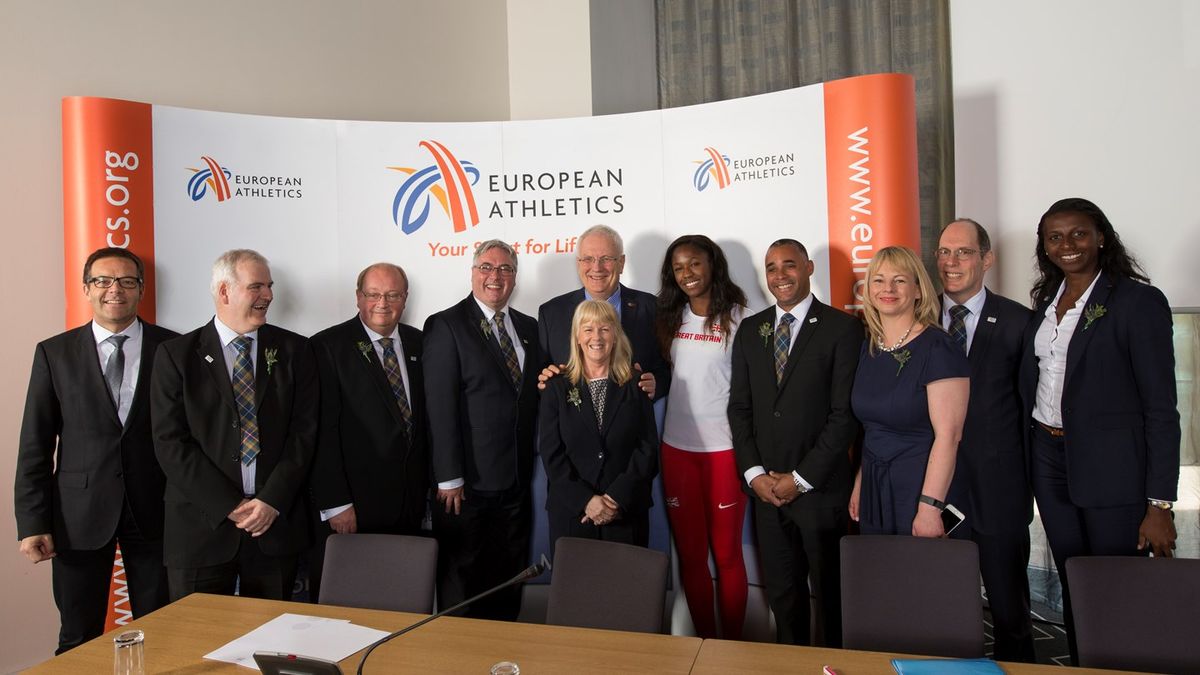 The Council made the decision Saturday morning after British Athletics and the City of Glasgow presented their candidacy to host the 35th edition of the event.

'We received four excellent presentations today from the candidate cities of Apeldoorn, Glasgow, Minsk and Torun. I want to thank all four cities for their work.

'In Glasgow, we have chosen a fantastic host. I attended the Glasgow 1990 European Athletics Indoor Championships, and I am looking forward to being there in 2019 for what will be my final major event as European Athletics President.

'Glasgow has assured us today that we can look forward to an event of the highest standard.'

Glasgow were chosen with 9 votes ahead of Torun with 6 votes and Apeldoorn with 1.

This will be the third time the European Athletics Indoor Championships are organised in the United Kingdom. Birmingham hosted the event in 2007. The event returns to Scotland for the first time in almost thirty years after Glasgow hosted the event in 1990.

Belgrade will host the 2017 European Athletics Indoor Championships from 3-5 March.

The Council meanwhile also decided that GyÅ‘r, Hungary, will host the 2018 European Athletics U18 Championships and Rieti, Italy, will organise the 2020 edition of the event.

“Both candidates presented strong bids and the Council felt secure in allocating both events at once,” said President Hansen.

“We also look forward to being part of the inaugural edition of the championships to be held in Tbilisi, Georgia, from 14-17 July 2016.”

This weekend's summit in Amsterdam is the European Athletics Council's 146th official meeting.