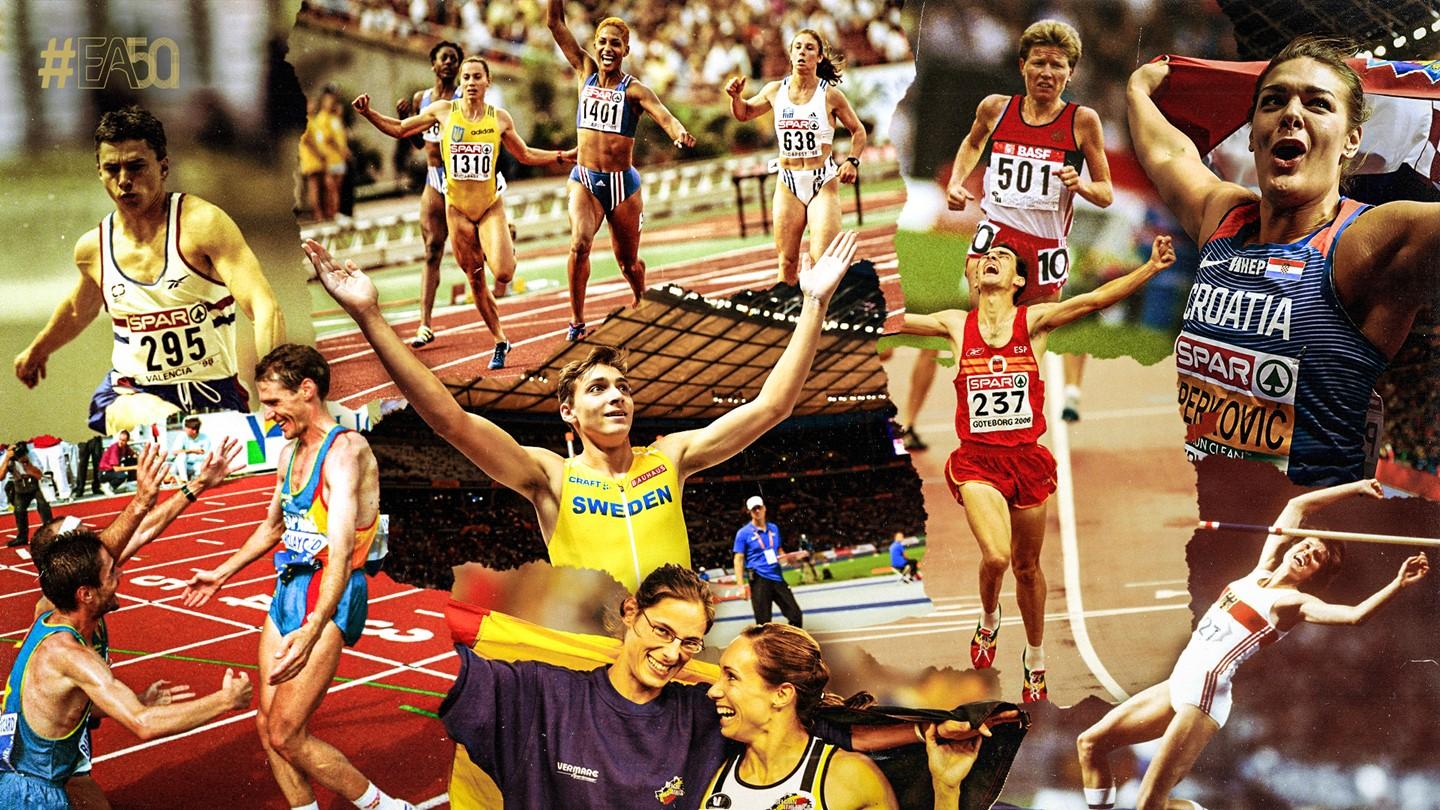 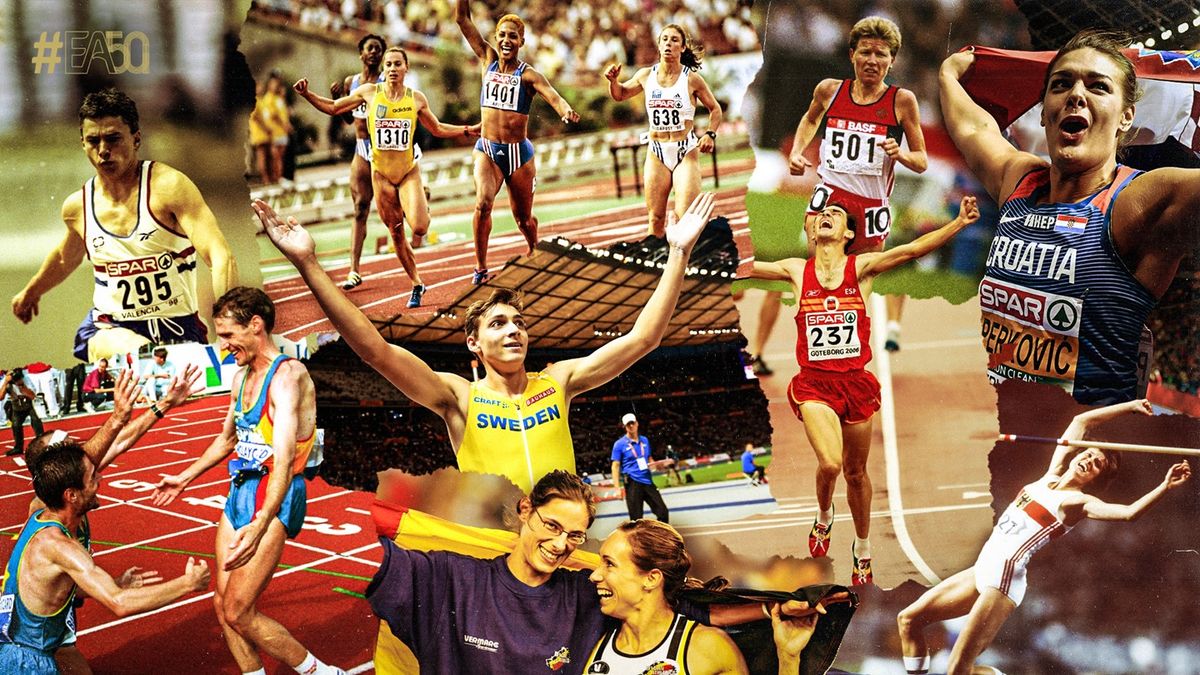 Throughout the remainder of the year, European Athletics will be reflecting back on and celebrating some of the greatest and most memorable moments in the history of the European Championships.

A child protege, Duplantis rose to senior stardom on the final night of the Berlin 2018 European Athletics Championships at the age of 18. Duplantis broke his world U20 record three times and with three first-time clearances, eventually taking the record to the dizzying heights of 6.05m. Duplantis has since taken ownership of the world senior record with 6.18m but his exploits in the German capital remain every bit as impressive.

On the comeback from Achilles surgery, Drechsler rekindled some of her finest form at the Budapest 1998 European Athletics Championships just four months shy of her 34th birthday. Drechsler might have been the oldest finalist in the long jump but the German produced her first wind legal seven metre-plus jump in four years - 7.16m in the second and third rounds - to fend off her younger rivals and win her fourth successive title in the long jump, and her fifth in total.

48 - Christophe Lemaitre does the treble in Barcelona 2010

Lemaitre remains the first and only male sprinter in history to win the sprint treble at the European Championships. His toughest battle in 2010 came in the 200m final when he had to lunge for the line to deny Great Britain’s Christian Malcolm the title. Lemaitre was only 20 when he won the sprint treble in Barcelona and he has since taken up his European Championships medal tally up to eight. This makes him the most bemedalled male athlete in championship history.

47 - Ivana Spanovic lights up the Kombank Arena in Belgrade 2017

Being the face of a home championship can bring with it some added external pressure but not if you are Ivana Spanovic. The Serbian thrived in front of her home fans at the Belgrade 2017 European Athletics Indoor Championships where she successfully defended her long jump title, capping her series with a mark of 7.24m - an outright national record and the best mark indoors this millennium.

Schmid won three successive European titles in the 400m hurdles between 1978 and 1986 and his championship record of 47.48 from the Athens 1982 European Athletics Championships has proved one of the most impregnable marks on the books, surviving both France’s Stephane Diagana and current European record-holder Karsten Warholm from Norway. Warholm, however, could have his sights on the mark in Munich 2022.

Schippers made it back-to-back European 100m titles at the Amsterdam 2016 European Athletics Championships, storming to the title from lane seven on a chilly evening in 10.90 to defeat Bulgaria’s Ivet Lalova-Collio by a significant margin of three-tenths. A second gold medal was to follow in the 4x100m relay, the Netherlands’ first sprint relay title at the European Championships since 1946.

Arron has won individual and relay Olympic and world medals but the Frenchwoman was at her most imperious at the Budapest 1998 European Athletics Championships. Arron won the 100m title in a still-standing European record of 10.73 but her anchor leg in the 4x100m relay was arguably even more spectacular, coming from a seemingly impossible position to close the gap on Russia’s Irina Privalova to win her second title of the championships.

Edwards has held the world triple jump record since the 1995 World Championships with 18.29m but the Brit went even further - twice - at the 1995 European Cup in Lille albeit with tailwinds in excess of the allowable limit. Edwards, whose lifetime best stood at 17.58m prior to the competition, skimmed out to an unsurpassed distance of 18.43m (2.4 m/s) in the second round and then 18.39m (3.7 m/s) in the fourth round.

After winning the 400m hurdles at the 2018 European Championships in Berlin, the mercurial Warholm proved equally adept at the same distance - minus the barriers - at the Glasgow 2019 European Athletics Indoor Championships. The Norwegian blasted to the title in 45.05 to smash the championship record and match the long-standing European indoor record which has belonged to Thomas Schonlebe since 1988.

Simeoni had to match her world record of 2.01m to prise the high jump title out of the grasp of East Germany’s Rosemarie Ackermann, who defeated Simeoni at not only the 1974 European Championships but also the 1976 Olympic Games in Montreal.