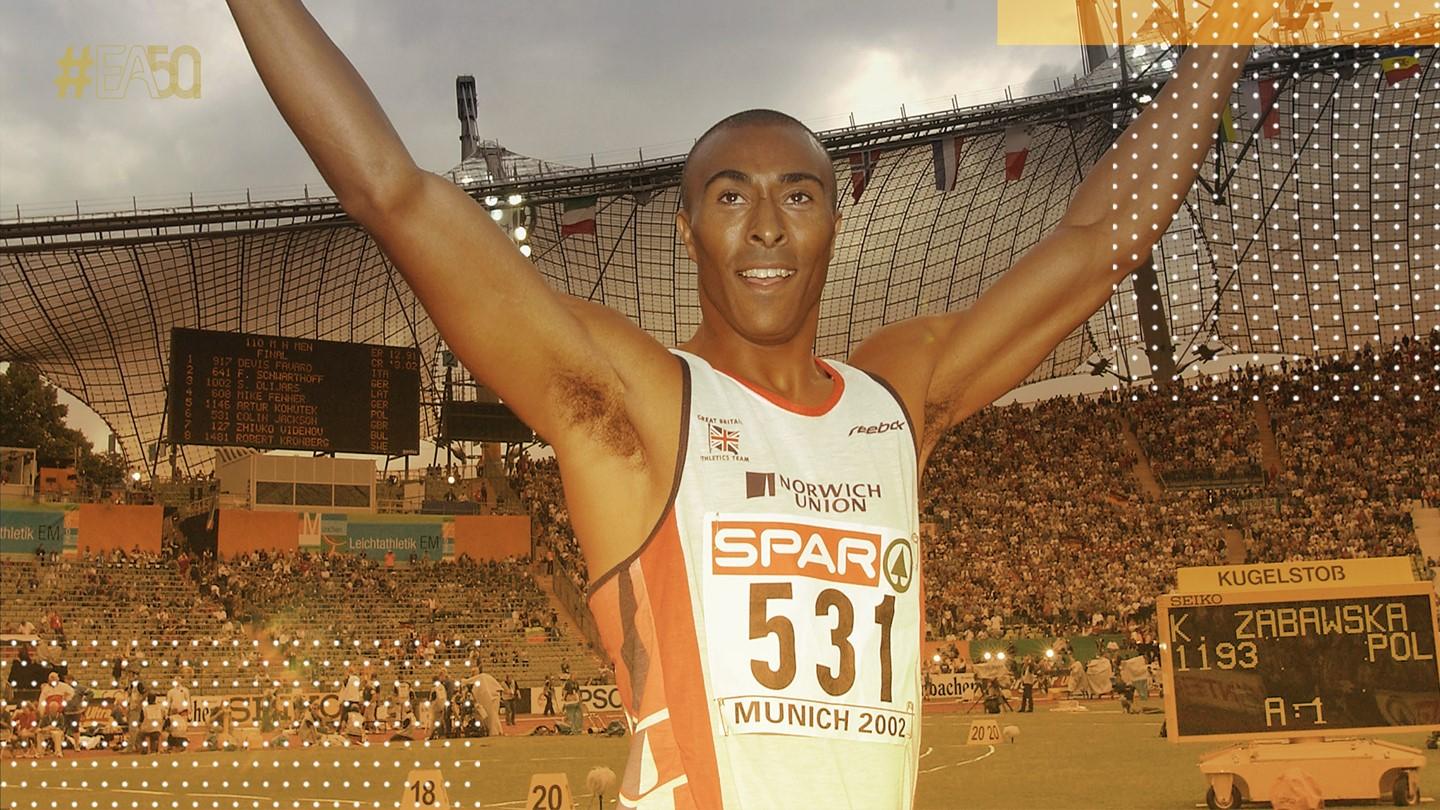 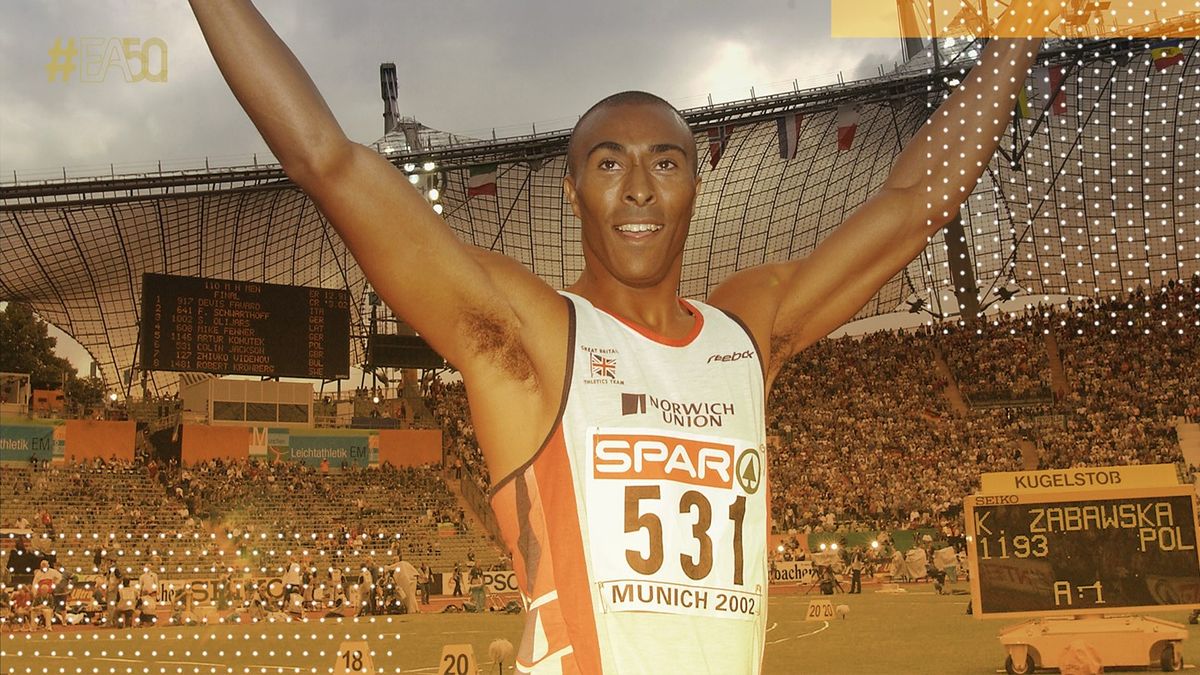 An exclusive group of athletes had won four successive European titles in field events but no athlete had achieved the same feat on the track prior to the Munich 2002 European Athletics Championships.

Among those to achieve a quartet of titles were Germany’s Heike Drechsler who was bidding for a record fifth title in the long jump in Munich and Jackson’s compatriot Steve Backley who had defeated Russia’s pre-competition favourite Sergey Makarov in a compelling clash in the javelin earlier in the championships.

But Jackson was to join this illustrious list of athletes after storming to an unopposed victory in the 110m hurdles at the age of 35, a performance to dispel any of the disappointment of finishing second at the Commonwealth Games in Manchester just two weeks prior.

At that time Jackson still held the world record of 12.91 from the 1993 World Championships in Stuttgart but officially a veteran by the time he took to the blocks in Munich, the Brit didn’t quite boast the same sheen of invincibility in 2002. Was this the year a new name would be added to the list of winners of the European 110m hurdles title?

But Jackson still had the upper hand on the next generation of hurdles on the European stage. In his eighteenth year of international competition, Jackson was to demonstrate his superb longevity by reclaiming the European indoor 60m hurdles title in Vienna in 7.40 - his fastest time in three years - and with it came the impressive feat of winning European indoor titles in three different decades.

Jackson might have suffered a string of defeats outdoors against international opposition on the Golden League circuit in 2002 but the Welshman was in no mood to depart with his European crowd. He fired down another warning to his continental rivals at the European Cup in Annecy by winning in 13.15 - his fifth win across three decades - ahead of Germany’s Mike Fenner in 13.33 and despite a surprise loss at the Commonwealth Games in Manchester, he was to build on this early season form to Munich.

Jackson was the fastest in both the heats (13.41) and semifinal (13.21) and the 35-year-old put together his best race of the season in the final. Jackson made a good start in the final although he was matched stride-for-stride in the first half of the final by the immensely gifted but injury-prone Latvian contender Stanislavs Olijars, the 2000 European Indoor champion, who was drawn two lanes inside Jackson.

But Jackson drew away from Olijars over the last three hurdles to write his name into the history books as the first athlete to win four successive European titles on the track. Jackson didn’t need to pull it out of the inventory on this occasion but for the last time on the European stage, the 35-year-old produced his trademark dip finish which took his torso until the photo finish beam.

“Before the race I was on the training track and feeling absolutely no pressure whatsoever,” said Jackson. “I was laughing and joking with my coach Malcolm Arnold and not giving a single thought to the possibility of a fourth European gold medal.”

Reflecting on his career after retiring from competition at the 2003 World Indoor Championships in Birmingham, Jackson expanded on why he considered gold in Munich to be one of the most significant wins of his career.

'This victory was more important to other people than to me. To me it was important to go and win it because it was the fourth time - I've felt this title was mine.

“But it was particularly important to other people like Malcolm because he knew it would be his last championships outdoors with me, and the fact his career had started here when John Akii-Bua had won the Olympic 400m hurdles at the 1972 Olympics. Yes, he did mention that to me beforehand,” he said.