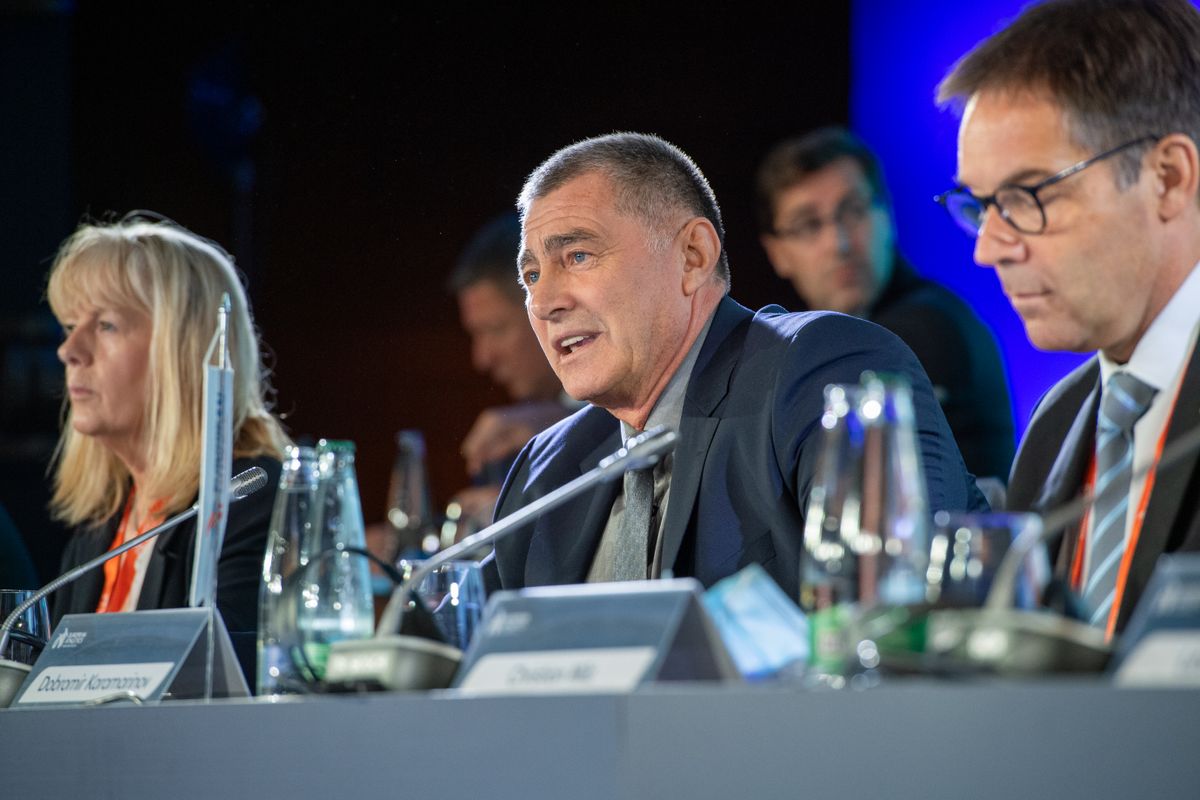 "Thank you, once again, for your support and for putting your trust in me. Though I was unopposed in today’s election, I do not take that support and trust for granted. To me, it is a huge honour to be elected as President, and to continue to serve European Athletics. I aim to do my very best to repay your support and trust," said Karamarinov in his acceptance speech.

Born in Bulgaria in 1958, Karamarinov was first elected to the European Athletics Council in 2007. After serving two terms as a Council Member he was elected as First Vice President in 2015 before serving as Interim President from March 2020.

In addition to Karamarinov's election as European Athletics President, Jean Gracia (FRA) was elected Vice President ahead of Erich Teigamagi (EST) with 30 votes to 19 votes. He will serve alongside Cherry Alexander (GBR) and Libor Varhanik (CZE), both of whom were elected to serve full four year terms at the 2019 European Athletics Congress in Prague.

The two vacant positions on the European Athletics Council were filled by Juergen Kessing (GER) and Henryk Olszewski (POL) who received 42 and 28 votes respectively ahead of Frank Carreras (GIB) and Luis Figueiredo (POR) with 18 and 10 votes respectively. One of the seats on the Council was vacated by Frank Hensel (GER) who died in December 2020. Hensel, who served three-and-a-half terms on the European Athletics Council between 2007 and 2020, was given Honorary Membership of the Council.

More information on European Athletics Honours can be found here.

The European Athletics Convention officially opens this evening (14) and a full and busy schedule of workshops will follow on Friday.

This will be followed by the Golden Tracks award ceremony on Saturday (16) evening when the men's and women's European Athletes of the Year and Rising Stars will be crowned.

The Golden Tracks award ceremony which takes place at the SwissTech Convention Center will be streamed live on European Athletics' YouTube channel from 8.30pm CET.