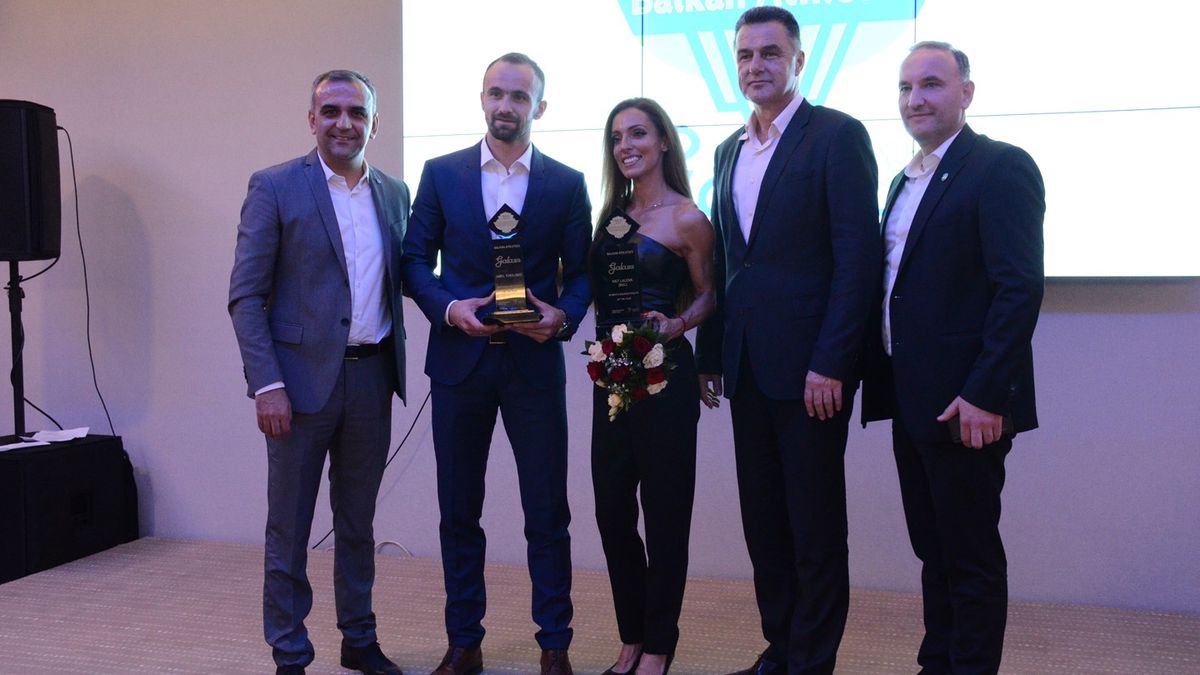 Lalova-Collio and Tuka crowned 2019 Balkan Athletes of the Year

Ivet Lalova-Collio from Bulgaria and Amel Tuka from Bosnia & Herzegovina were crowned 2019 Balkan Athletes of the Year at an award ceremony in Arandjelovac, Serbia on Wednesday (27).

Lalova-Collio reached yet another global final over 200m in Doha some fifteen years after reaching the 100m and 200m finals at the 2004 Olympics. The Bulgarian also won a sprint double at the Balkan Championships and her winning time in the 200m - 22.42 - was her fastest in three years.

On the men’s side, Tuka returned to form by returning to the podium at the World Athletics Championships. Four years after winning bronze in Beijing, Tuka improved to silver in the 800m. His time in the final of 1:43.51 was the second fastest time in his career.