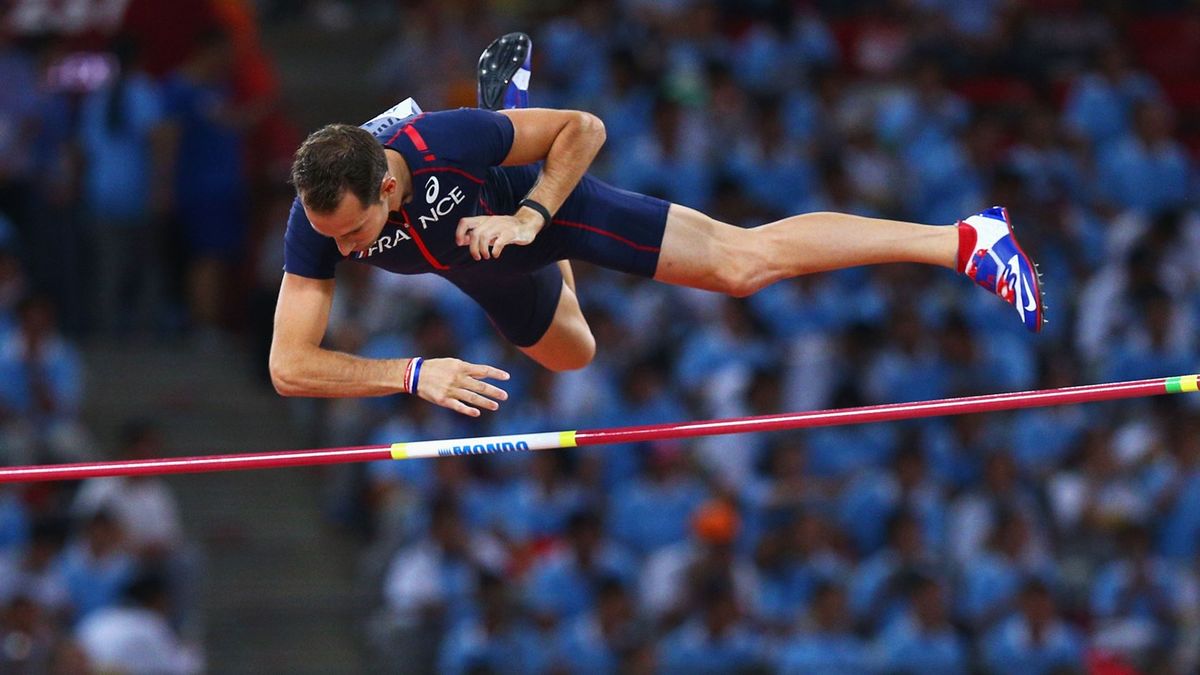 Lavillenie is still the one to beat

Renaud Lavillenie was only seven when he sampled the pole vault to follow in the footsteps of his dad who competed in the event - and he has never looked back.

'My first goal was to do something like my father, I think as most of the children did,' he recalled in an interview with laureus.com. 'I tried pole vault and from that point, I loved it. I love the game.'

That love for the game has turned this Frenchman into a world record-holder indoors, a seven-times European champion (indoors and out) and, with a height of 5.97m in London four years ago, an Olympic champion.

Which brings the story up-to-date, ahead of the next, eagerly anticipated instalment in Rio.

Here's Lavillenie in his final training camp in Brazil ahead of Rio:

When he won in London, it did not sink in. He talked of how he would wake up 'tomorrow' and realise he is Olympic champion. That 'tomorrow' was August 11, 2012, and when he begins the defence of his crown in the qualifying competition in Brazil on Saturday evening (Sunday morning CET), 1463 days would have passed since that 'tomorrow'.

And while the European Athletics Championships in Amsterdam did not go to plan last month - he no heighted - he remains the overwhelming favourite to retain his Olympic crown.

Which in itself would bridge a gap of 60 years. The only male pole vaulter to have achieved that honour was American Bob Richards, when he triumphed in Melbourne 1956 having won in Helsinki 1952, but France have an impressive record of Olympic gold in the event.

They have won it three times in the last eight Games, with Pierre Quinon in Los Angeles 1984, Jean Galfione in Atlanta 1996 and then Lavillenie in London.

His tactics in Rio will be interesting.

In Amsterdam, he did not enter the competition until the bar had reached 5.75m and he missed on all three attempts, with the gold being won by Poland’s Robert Sobera (5.60m). Will he wait that long this time? Or will he look for a lower height to wipe away any early cobwebs?

Turning the clock back to London, Lavillenie began with 5.65m, securing it first time, along with 5.75m and 5.85m before his first failure at 5.91m.

At that point he was trailing as German pair Bjorn Otto and Raphael Holzdeppe had both gone over that mark, so Lavillenie did what he is so good at. He made a statement.

The bar was raised to 5.97m and the challenge worked, as he cleared it on the second attempt to break the Olympic record and progress to gold.

Now, 22 years on from watching his father and then trying something out for fun, Lavillenie still remains the man the others have to look up to.