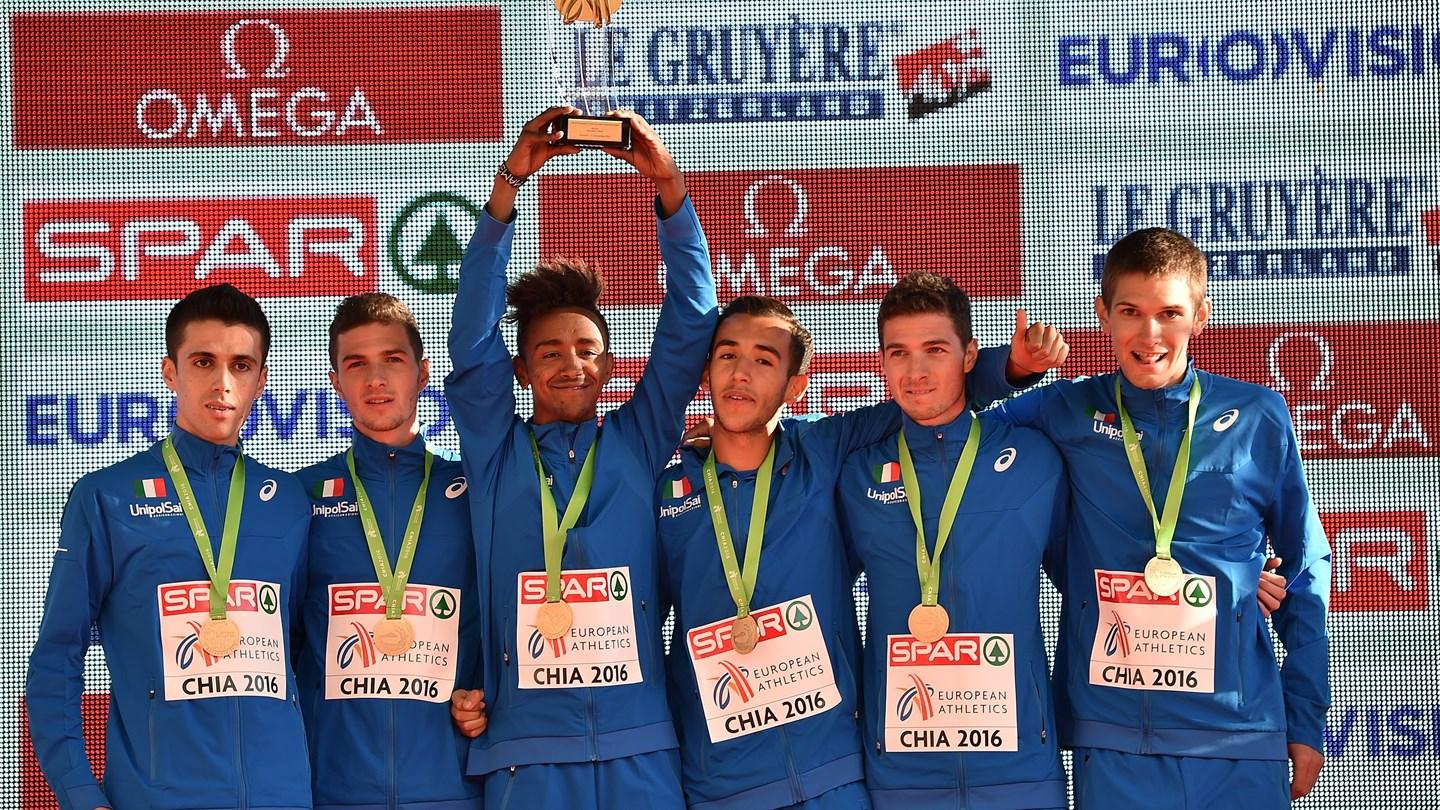 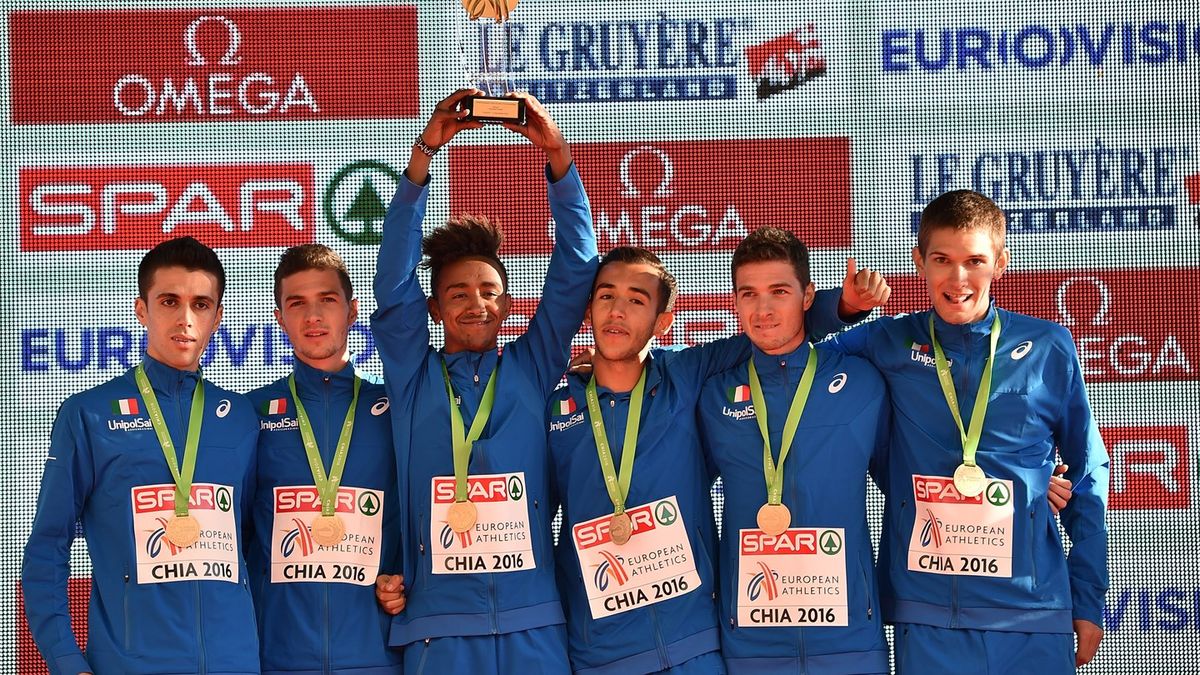 It is a brilliant sight in any race when three athletes are heading towards the finish line and it is impossible to pick a winner.

As the sun shone on a glorious early afternoon in Chia today at the SPAR European Cross Country Championships, that was the thrilling scenario in the men's under-23 race.

Who would take gold between Belgium's Isaac Kimeli, Spain's Carlos Mayo and the man receiving more cheers than most, Italy's Yemaneberhan Crippa?

It was Kimeli who decided that this would be his time, as made the first move, a bold, sharp break, with an injection of speed that was too much for the rest to make up as he won in 22:48.

Five seconds back was Mayo, as he won a silver for the third year in a row (he was junior runner-up in 2014 and under-23 in 2015), with Crippa, who had overcome a fall during the race, in third, a second later.

It was a still enough for team gold for Italy as they made the top of the podium at their home championships with this superb men's triumph, taking the team crown with 35 points from Belgium (53) and Britain (58).

But what a day for Kimeli, who has come close to Euro Cross gold in the past, winning junior silver in 2013 in Belgrade, and this indvidual medal was not just for him and his team.

“My mother Jacqueline planned to travel with me for this competition but in the end she stayed home with a leg injury. She is watching it on the television and I want to dedicate this gold to her,” said Kimeli.

“This day is very emotional for me because of this achievement. I did not consider myself as a favourite but I was just trying to watch my body and focus on myself.

“Crippa had the advantage of the home crowd and I was watching him a bit but it was my personal fight.”

Not making an impression early on, Kimeli came through when it mattered most to add another under-23 medal to his name after winning silver in the 5000m at the European Athletics U23 Championships in Tallinn in 2015.

This 8.15km distance proved no trouble to him in a race where the runners bunched early in a race over one short lap and five long ones.

Turkey's Aras Kaya was one of the initial leaders and then had to recover quickly after landing badly and falling as he came over one of the hills.

But the lead changed regularly with Great Britain's defending champion Jonny Davies making a good effort to regain his crown.

In the end the pace was too much for him as he finished fifth in 23:01, the same time as Spain's Amanal Petros, who was fourth after his third last year in Hyères.

Italy's four scoring athletes combined brilliantly, with Crippa followed home by Samuele Dini in ninth (23:15), Said Ettaqy in 11th (23:16) and Lorenzo Dini in 12th (23:18) and the cheers and smiles as they celebrated said everything you need to know about winning on home soil.

“I felt a bit under the pressure before the start as everybody was telling about winning a gold,” said Crippa.

“I did not manage to get into my favourite position in the race and then I fell down.

“I am happy with the team gold even more than with my individual medal.”