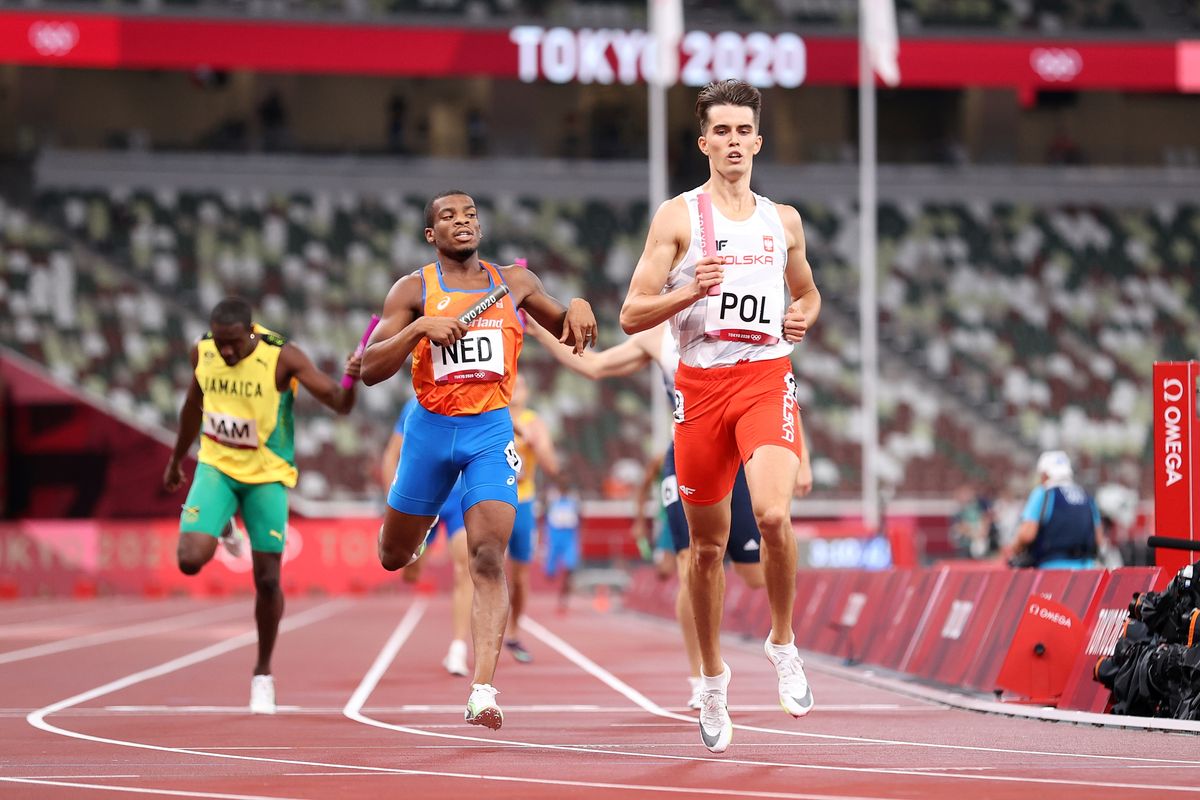 Poland regained their European record in the mixed 4x400m relay to qualify fastest for tomorrow evening’s final at the first evening session of athletics at the Tokyo Olympic Games on Friday (30).

The Poles are one of seven European quartets to reach the final in the inaugural mixed relay final and the title will be hotly contested in the absence of the United States, the world champions and resounding pre-championship favourites, who were disqualified for a late baton exchange.

Anchored by Kajetan Duszynski who was credited with a 44.74 split, the Poles stopped the clock at 3:10.44 to move to second on the world all-time list behind the United States (3:09.34) and slash almost two seconds off the previous European record of 3:12.27 which was set by Great Britain at the 2019 World Athletics Championships.

The Dutch will almost certainly be without Femke Bol who competes in the heats of the 400m hurdles tomorrow morning but that is not to say the Netherlands won’t be in the chase for the medals if the same quartet run as well as they did in this evening’s heats.

The women’s 100m will be one of the must-watch finals of the athletics programme and some super-fast times were recorded in the heats this morning. Six athletes - including three European sprinters - all eclipsed the 11 second-barrier in the first round.

Mujinga Kambundji equalled her Swiss record of 10.95 to finish second behind reigning Olympic champion Elaine Thompson-Herah from Jamaica with 10.82 in the second heat before losing ownership of that mark to European indoor 60m champion Ajla Del Ponte who blazed to a 10.91 clocking in the fifth heat behind Shelly-Ann Fraser-Pryce in 10.84.

Daryll Neita became only the second Brit in history to break the 11 second-barrier with 10.96 behind Marie-Josee Ta Lou from Cote D’Ivoire who equalled the African record with an extravagant 10.78 - the fastest time ever recorded in the 100m heats at the Olympic Games.

By contrast, treble European champion Dina Asher-Smith made a slightly more low-key entrance into her second Olympics. The Brit eased into the semifinal with a second place finish in the first heat behind Teahna Daniels from the United States - 11.04 to 11.07.