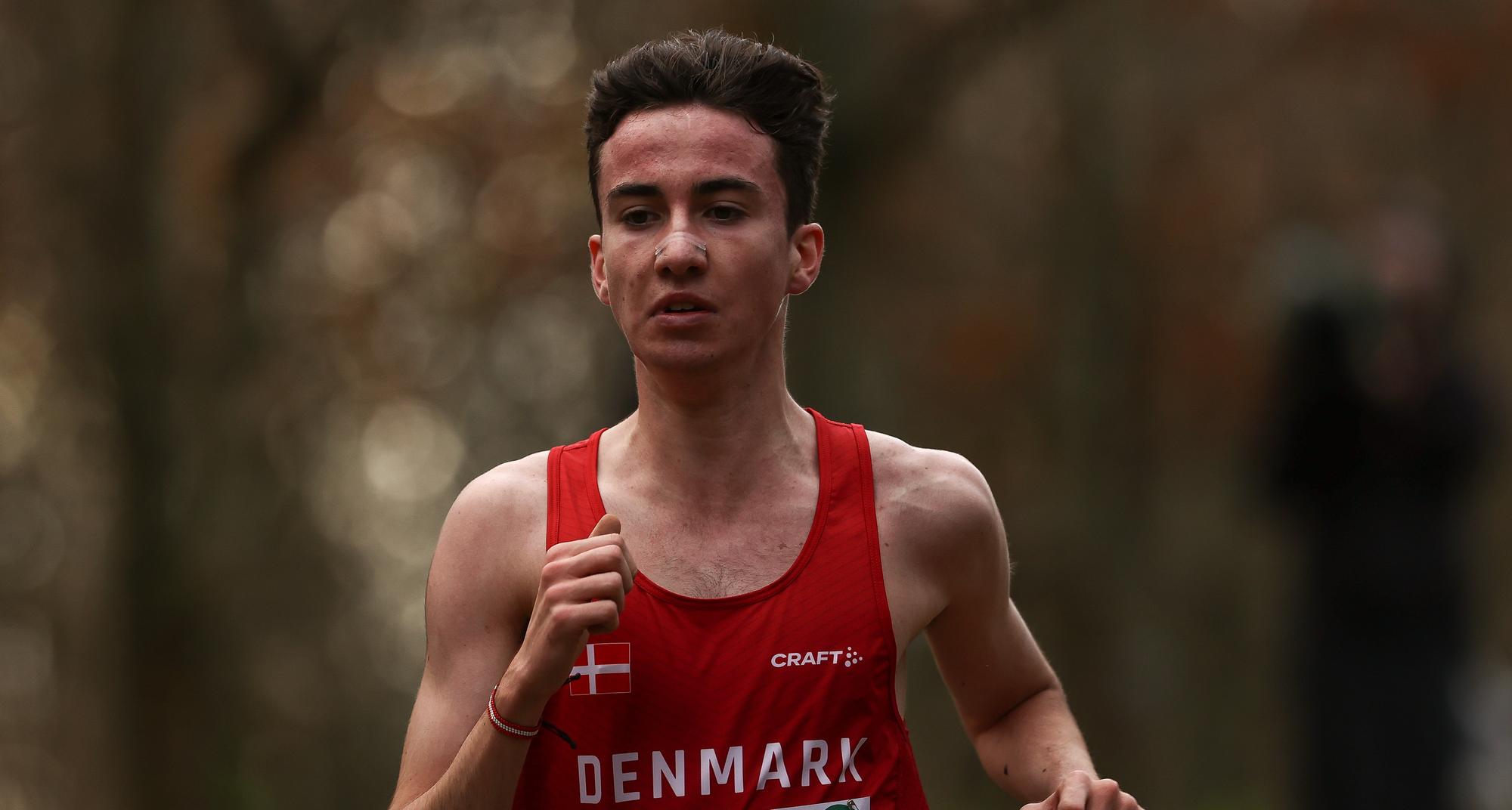 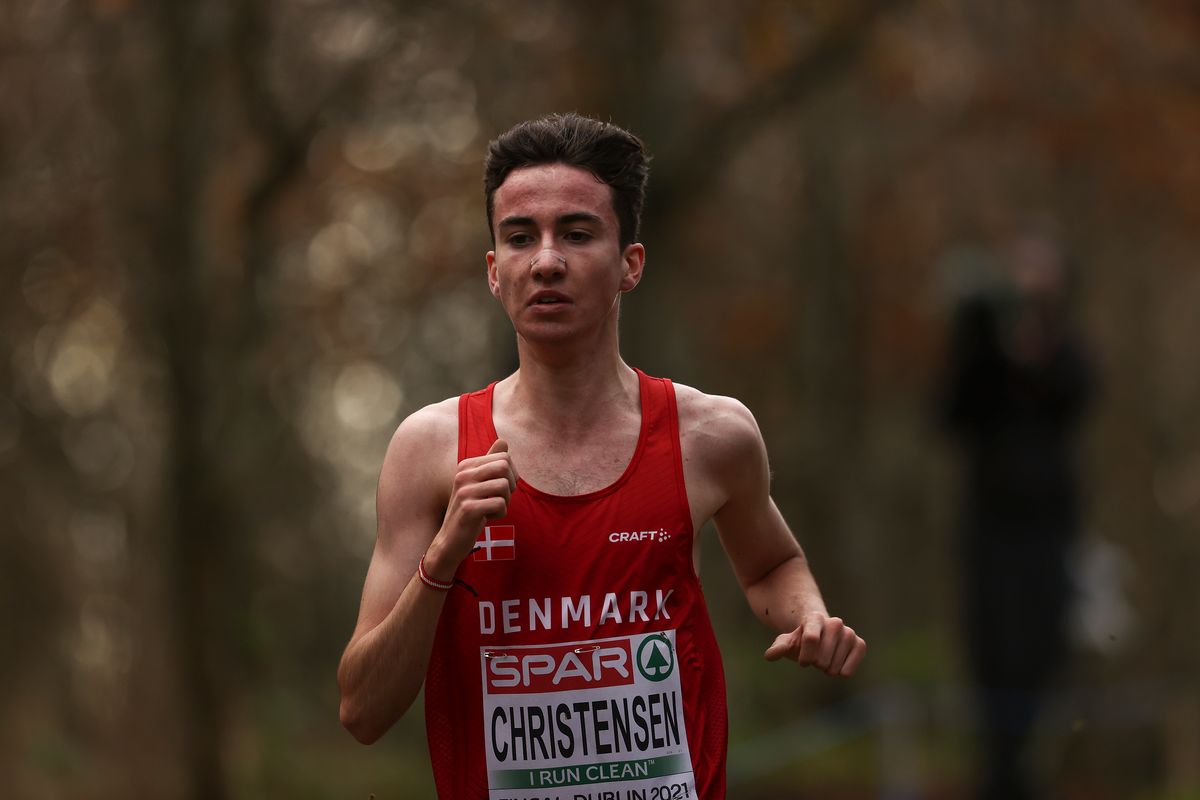 Reigning champion Axel Vang Christensen from Denmark leads a continental field brimming with talent and ability in the men's U20 race at this year's SPAR European Cross Country Championships in Piemonte-La Mandria Park on Sunday (11).

The calibre of the race is such the entry-list features no fewer than five athletes who have bettered European records at either U18 or U20 level in 2022 as well as all three individual medallists from last year’s U20 race in Fingal-Dublin.

Only 17 at the time, Christensen was the most dominant winner in the Irish capital twelve months ago, striding away in the early stages of the U20 6km and amassing an unassailable winning margin of 25 seconds over Norway’s Abdullahi Dahir Rabi and his more fancied Danish teammate Joel Ibler Lillesø, the European U20 5000m champion.

Rabi went on to break the long-standing European U20 10,000m record this summer with 28:11.71 while Lillesø eclipsed a certain Jakob Ingebrigtsen’s European indoor U20 record with 7:48.34 a few weeks later but neither of them could match Christensen’s catch-me-if-you-can tactics on a rolling, muddy cross country course last year.

Christensen's track season was sadly abbreviated by a heavy fall in the 3000m steeplechase heats at the Munich 2022 European Athletics Championships where he was stretchered off the track but the reigning champion took ownership of a European U20 record earlier in the summer with a 8:29.18 clocking over the barriers.

That fall didn't do any lasting damage to Christensen who has since relocated from Denmark to Great Britain where he trains and studies at the University of Birmingham. In his last major assignment before Turin, the 18-year-old tested himself against the seniors over 10km at the British trial race in Liverpool where he acquitted himself well with a seventh-place finish. He could have placed higher if it wasn’t for another mid-race fall on a particularly muddy part of the course.

By virtue of a 2004 birthdate, Christensen is also eligible for the U20 race at the next edition of the SPAR European Cross Country Championships in Brussels.

Younger still is Niels Laros*, 17, from the Netherlands who is due to make his European Cross Country Championships debut on Sunday after a breakthrough track campaign which saw him nominated for the Rising Star award at the Golden Tracks. 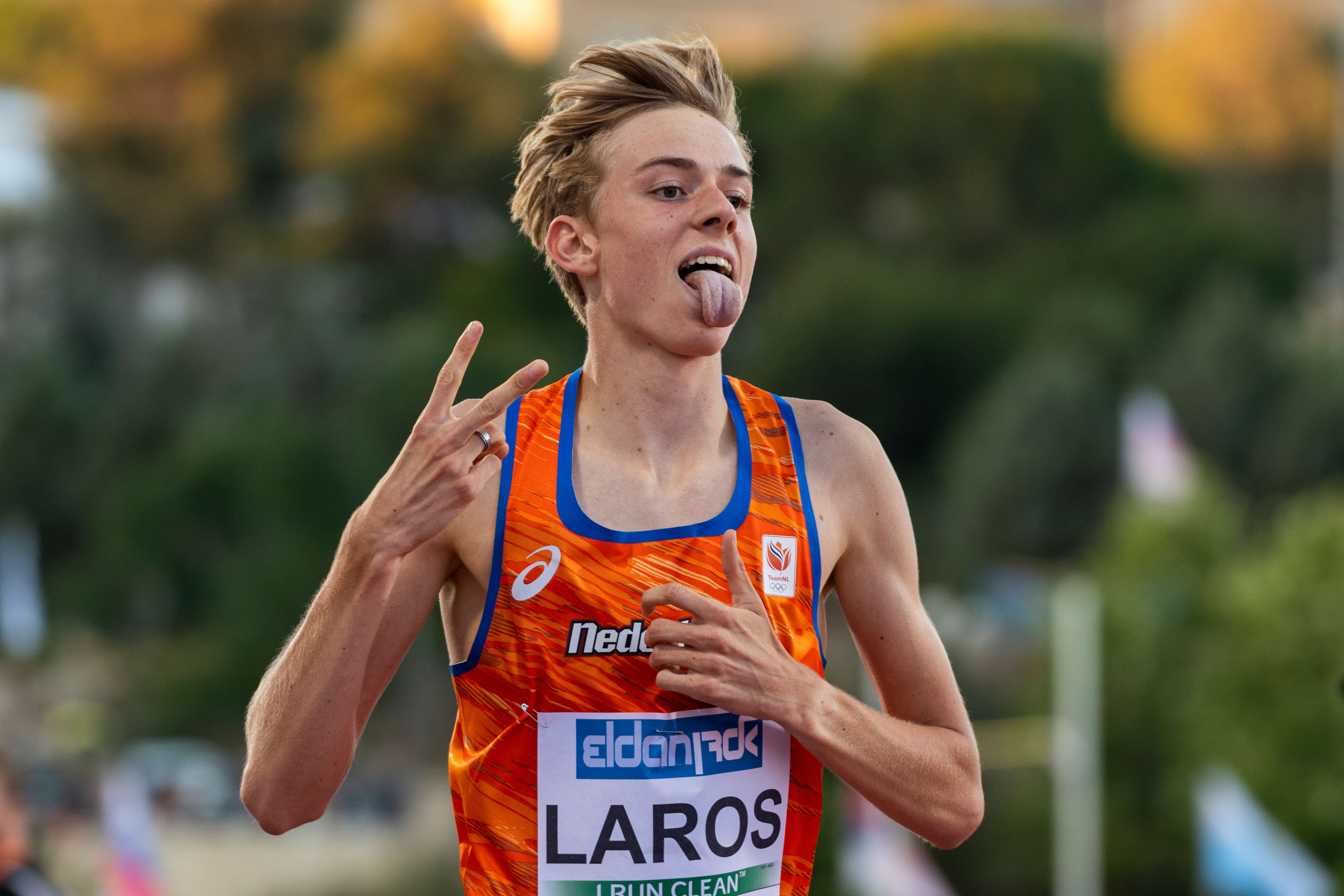 The distance of six kilometres might be - for now at least - at the upper end of Laros’ repertoire but the youngster is still an exciting addition to arguably the strongest ever men’s U20 field at the European Cross Country Championships.

In terms of recent cross country form, three of the protagonists crossed paths in the U20 race at the Warandecross in Tilburg in mid-November. On that day, Rabi won over 6.2km in 18:05 ahead of Lillesø (18:07) with Laros third (18:18).

Only one point separated Great Britain and Ireland in the team race last year. Great Britain’s leading counter on that day Will Barnicoat returns to team duties while the Irish team is headed by Dean Casey and reigning European U20 3000m champion Nick Griggs, both of whom scored for Ireland’s silver medal-winning team in Dublin. 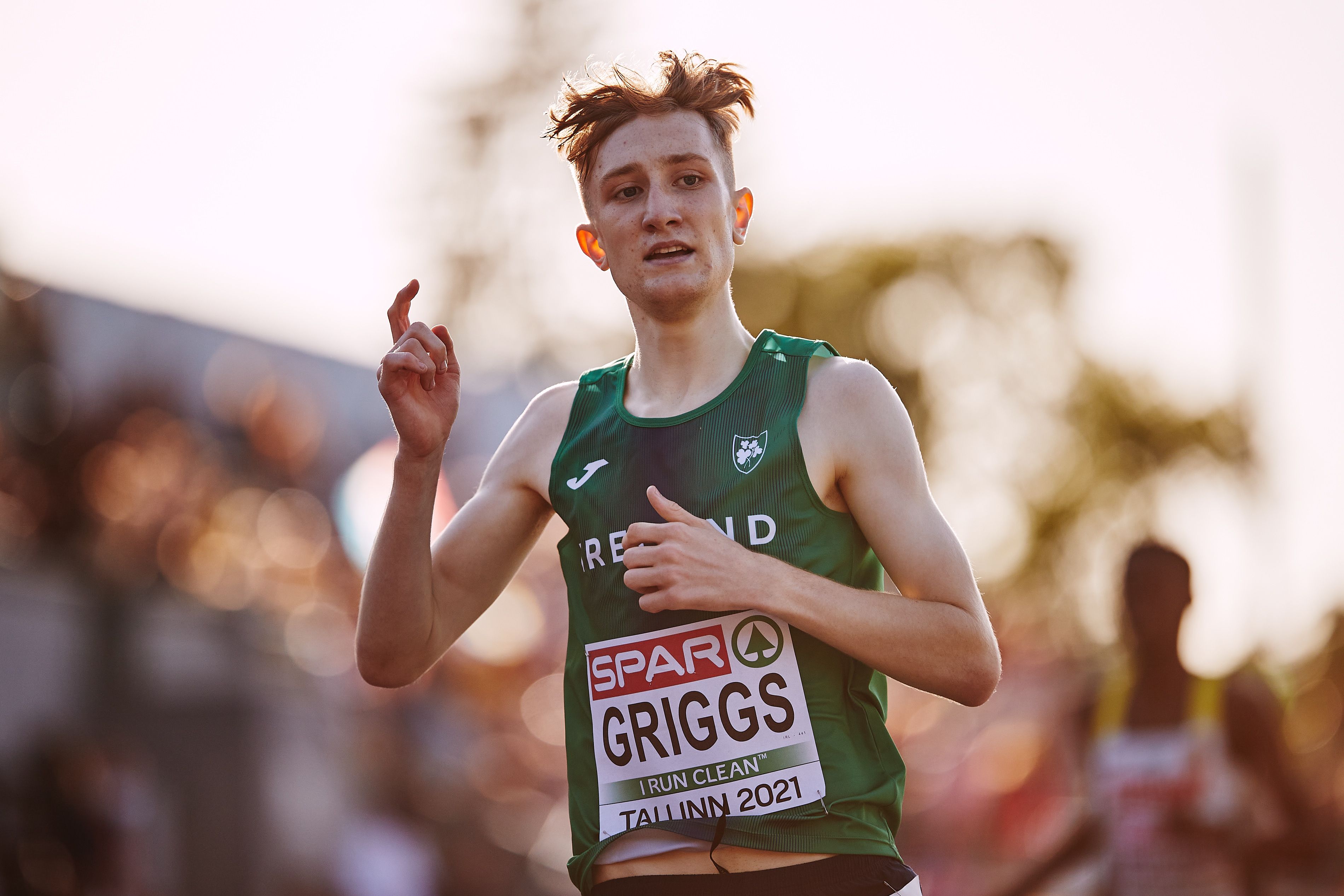 With only three to score, Denmark and Norway should also be in contention for team medals. Norway’s second counter is likely to be Andreas Fjeld Halvorsen, the silver medallist behind Laros in both the 1500m and 3000m at the European Athletics U18 Championships.

And the Nordic theme looks set to continue in the women’s U20 race.

A Danish double in the U20 races in La Mandria Park?

Sofia Thøgersen was only 15th in last year's race but having accumulated another year of endurance and racing experience, the 17-year-old Dane is expected to improve significantly on this showing in the U20 4km race in La Mandria Park.

Thøgersen demonstrated both her strength and ability at the European Athletics U18 Championships by winning two medals on the same day. After winning bronze in the 2000m steeplechase on a brutally hot morning in Jerusalem, Thøgersen returned to the track later in the day to win the 3000m title with a near 60 second last lap.

And Thøgersen recently defeated one of her main rivals for the title at the Nordic Cross Country Championships in Kristiansand last month, beating Norway’s European U20 1500m champion Ingeborg Østgard by one second.

Østgard, who also competed for Norway in the 1500m at the European Athletics Championships in Munich this summer, won silver in Dublin last year and will be looking to upgrade to gold in her last significant competition as a junior.

Finland's main hope of an individual medal at the championships will fall on the shoulders of European U20 3000m champion Ilona Mononen who finished fifth last year. Surprisingly, the Finns have only won one gold medal in the history of the SPAR European Cross Country Championships. That came courtesy of Annemari Sandell who won senior gold in the second edition of the championships in 1995 as a junior at the age of 18.

The junior races were only added to the programme in 1997 and the women's category has been dominated by athletes from Great Britain who have scooped an astonishing 25 of the 48 individual and team titles on offer.

With last year’s winner Megan Keith graduating into the U23 ranks where she is due to take on Italy's home favourite Nadia Battocletti, the British hopes are headed by Innes Fitzgerald. Only 16, Fitzgerald has already broken the nine minute-barrier for 3000m and won the trial race in Liverpool by 18 seconds.

Other medal candidates include Hungary’s Greta Varga - who finished seventh in this race in 2019 aged 15 - and the highly rated Turkish middle distance runner Ayca Fidanoglu, the silver medalist in the 1500m at the European Athletics U18 Championships.

*Since publishing this preview, Niels Laros has announced he won't be competing due to illness 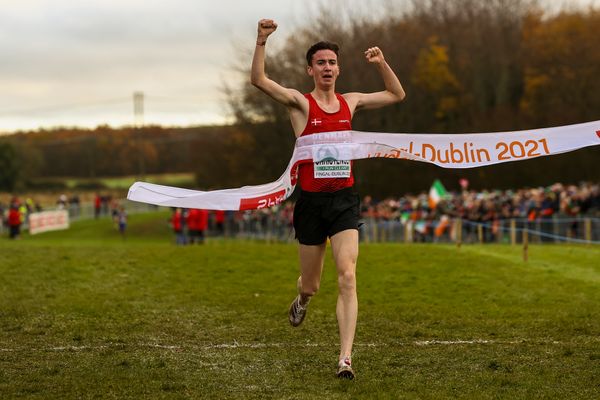 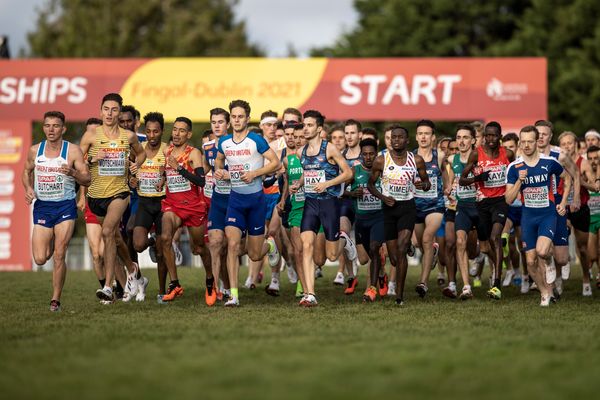