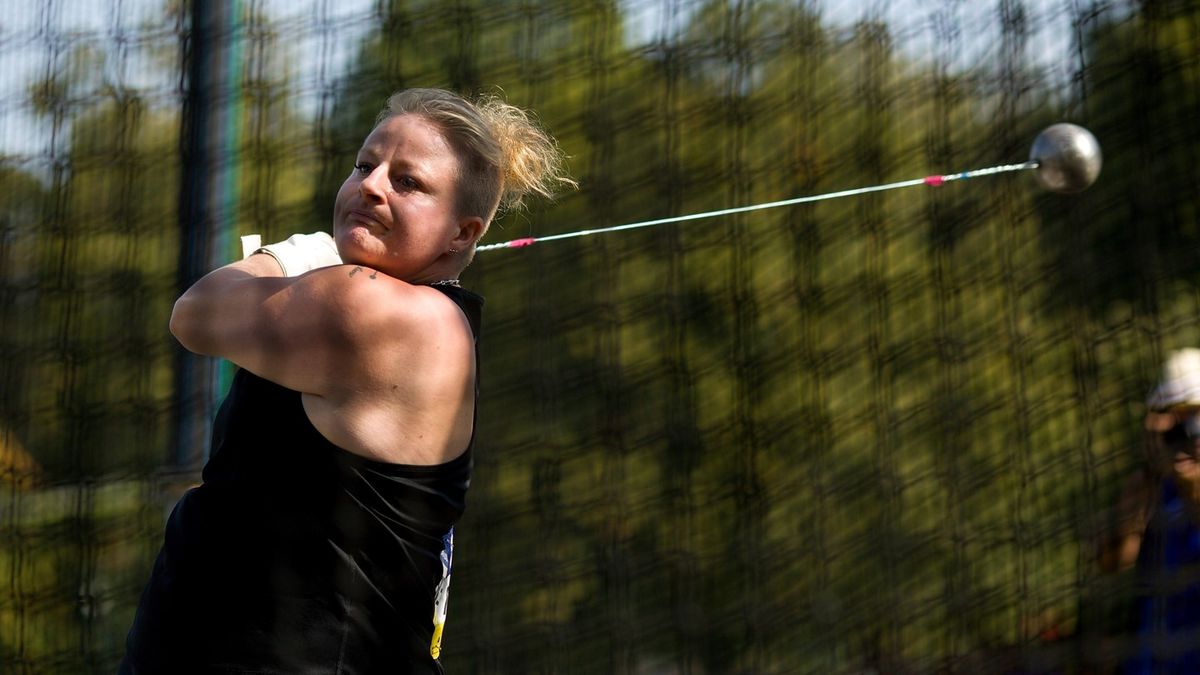 Tavernier and Spotakova impress in Kladno

France’s Alexandra Tavernier rounded off her 2020 campaign unbeaten after amassing her best ever series in the hammer at the Kladno Hazi A Kladenske Memorial in Kladno on Wednesday (16), the last World Athletics Continental Tour Bronze meeting of the season in Europe.

Tavernier already held the French record with 74.93m but the former European U23 champion broke new ground by surpassing the 75 metre-line for the first time in her career. Tavernier reached out to 75.23m in the fourth round before concluding her series with another 75 metre-plus throw measured at 75.12m followed by a sixth round throw of 74.71m.

Tavernier became just the second thrower to exceed the 75 metre-line this year after Belarus’ Hanna Malyshik but despite producing a signature effort in the fourth round, the Frenchwoman believes she can further extend her French record in the upcoming years.

“Technically it was far from perfect but this gives me all the more motivation because I know I have a very big throw in my legs - probably around 76 metres,” she said as reported by FFA.

Barbora Spotakova also concluded her season in style after prevailing in a high quality javelin competition on home soil. The world record-holder, who is aiming for her third Olympic title next year which would match the efforts of her former coach Jan Zelezny, won the competition with her first round throw of 64.34m.

Nobody came within two metres of Spotakova’s winning throw. Her teammate Nikola Ogrodnikova was the runner-up with 62.21m, just one centimetre ahead of the 18-year-old Greek Elina Tzenggo who broke the world U20 record last month. Poland’s Maria Andrejczyk had to settle for fourth with 60.70m.

In the men’s javelin, Latvia’s Gatis Cakss reached out to 82.19m in the sixth round to usurp 2013 world champion Vitezslav Vesely’s 81.54m but Czech record-holder Tomas Stanek made a winning return to competition after injury with 20.19m in the shot put.

On the track, Czech veteran Jan Veleba won the 100m in 10.21. He fell just short of the sprint double after settling for second in the 200m in 20.98 before Danish teenager Tazana Kamanga-Drybak who set a national U20 record of 20.91.

In fifth, 18-year-old Jakub Davidik broke the Czech U20 record with 3:40.73. He also broke the corresponding 800m record in Ostrava last week with 1:46.67. Born in 2002, Davidik is eligible for the European Athletics U20 Championships in Tallinn next July.