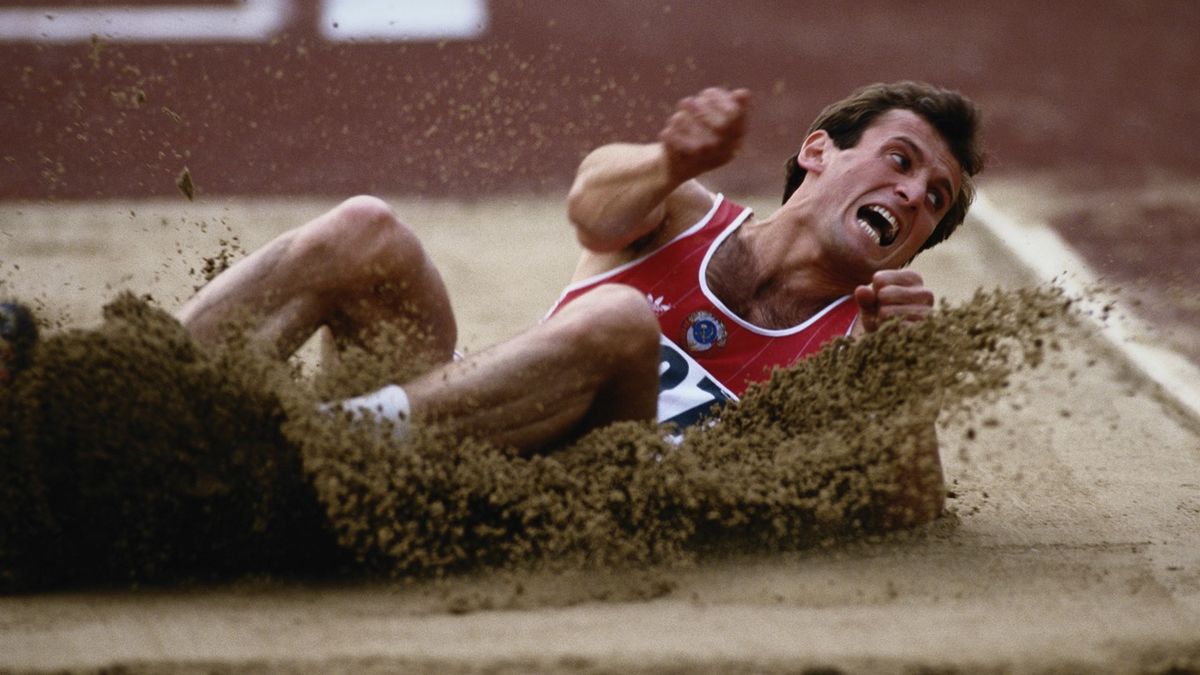 On this day...Emmiyan jumps 8.86m in Tsakhkadzor

Tsakhkadzor might be more renowned as a winter sports destination but the Armenian spa town was also the unlikely setting for a European record which today celebrates its 33rd year on the books and could very well remain intact for another three decades - if not longer.

On this day (22) in 1987, Robert Emmiyan bounded out to an incredible distance of 8.86m to come within four centimetres of Bob Beamon’s revered world record which was set at the 1968 Olympic Games in Mexico City and climb to second on the world all-time list.

Like Beamon, Emmiyan’s giant performance was set above sea-level. Tsakhkadzor is perched at an altitude of just over 6000 feet but the reigning European indoor and outdoor champion, who was only 22 when he broke the European record, believed he was capable of jumping similar distances, if not further, in less rarefied settings as well.

“Yes, perhaps the altitude added a little to the distance but it would have still been a fantastic jump at sea level. To be honest, the distance didn’t surprise me. I was confident that sooner or later I could beat Bob Beamon’s world record of what was then 8.90m. I felt unbeatable,” remembered Emmiyan whose 8.86m remarkably came in his first outdoor competition of the season.

“I thought the jump in Tsakhkadzor was good but that I could still do better. Even after I got a small injury later that summer, I still felt that way, even though I was beaten by Carl Lewis at the World Championships in Rome,” said Emmiyan.

“I still jumped 8.53m but I was beaten by an athlete who I saw also had the potential to break the world record so there was no big disappointment, just a determination to work even harder and I was still convinced that on the right day I could jump over nine metres. I can say this now looking back to those years.”

Emmiyan still readily surpassed the eight metre-barrier over the next decade, mainly jumping in the colours of Armenia after the break-up for the Soviet Union, but he was never quite the same athlete after his breakthrough 1987 season. After no-jumping at the 1988 Olympics in Seoul, his home country was hit by a massive earthquake in 1988 which killed an estimated 37,000 people including many of Emmiyan’s relatives, including his father, which affected Emmiyan psychologically.

“I jumped more than eight metres for 15 years and I’m very proud of my consistency, but there is so much about long jumping and athletics that is mental and that was what was affected that day of the earthquake. I was, of course, worried about my mother and I certainly had some psychological problems after the earthquake. My life and my athletics changed from what it had been before,” he said.

Now 55, Emmiyan is the President of the Armenian Athletic Federation and he has high hopes of the next generation of Armenian athletes. While it is certainly conceivable that Emmiyan’s European record could last for another 33 years, the European record-holder himself hopes someone will one day prise the record out of his ownership.

“I’m asked sometimes if I’d like the record to stay forever. No, I wouldn’t,” he said. “I wish that one day Armenian athletes beat my record and set a new, better one. Nevertheless, whoever beats my record, I’ll be the first to congratulate them.”