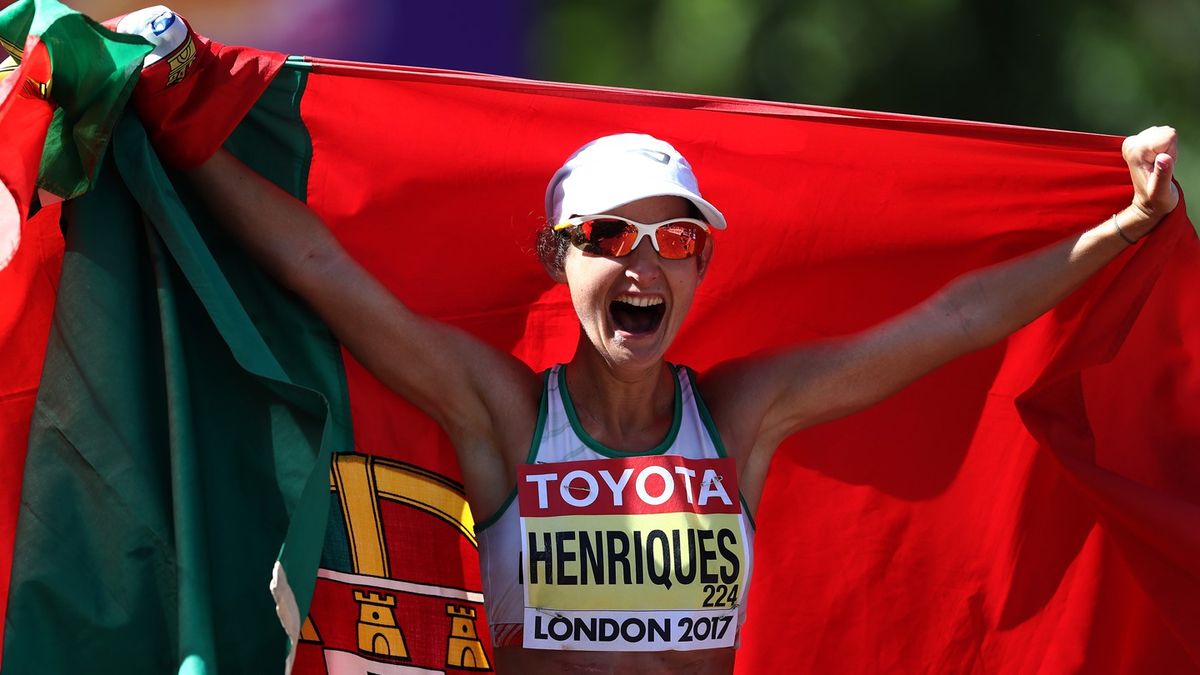 Toth and Henriques tipped in the 50km race walk; Moen to headline marathon

There will be a new champion in the men’s 50km race walk for the first time since 2002 with reigning three-time champion and world record-holder Yohann Diniz absent due to a stress fracture but the beneficiary at the Berlin 2018 European Athletics Championships might not be an entirely new name.

Slovakia's Matej Toth won the world and Olympic titles in back-to-back years in 2015 and 2016 and the 35-year-old will be looking to complete the set of major titles in Berlin. Toth won a silver medal behind Diniz in Zurich four years ago and leads the 2018 European lists by almost two minutes with 3:42:46 ahead of Finland's Veli-Matti Partanen and Ukraine's Maryan Zakalnytskyy who have also broken the 3:45-barrier this year with 3:44:43 and 3:44:59 respectively.

While he might not be in medal contention this time around, a special mention goes out to Jesus Angel Garcia from Spain who is making his seventh successive European Championships appearance at the age of 48. Garcia has won two medals from his six previous appearances: bronze in Munich 2002 and silver in Gothenburg 2006.

The course for the 50km race walk at the European Championships in Berlin.

The women will contest the 50km race walk for the first time in European Championships history next month. pic.twitter.com/zqBXj4zbu6

Portugal's Ines Henriques won the inaugural world title in London last August in a since-beaten world record of 4:05:56, although her 2018 campaign hasn’t gone entirely to plan. She was looking to improve on her mark at the IAAF World Race Walking Team Championships in Taicang, China in May but she was forced to drop out midway due to illness.

But even if she isn’t in her very best form, Henriques will still be relatively confident of becoming the first European champion in the event. The next fastest on paper are Spain's Julia Takacs and Slovakia's Maria Czakova who hold their country’s national records with 4:13:04 and 4:14:25 respectively.

Takacs leads the 2018 European lists in the 20km race walk but she will be concentrating her efforts solely on the 50km in Berlin. This could lead the way open for Czech Republic's Anezka Drahotova to improve on her bronze medal from 2014 when she made the podium at the age of 19. World bronze medallist Antonella Palmisano and Italian teammate Eleonora Giorgi will also be looking to make the podium after finishing fifth and seventh respectively in Zurich.

The course for the 20km race walk at the European Championships in Berlin:

In the men’s 20km race walk, Vasiliy Mizinov leads the 2018 European lists with 1:18:54 but he was only 16th at the World Race Walking Team Championships in Taicang. The Spaniards have a strong quartet led by reigning champion Miguel Angel Lopez and Diego Garcia while Commonwealth silver medallist Tom Bosworth is in contention to pick up Great Britain’s first medal in the event at the European Championships since 1974.

It was expected that Sondre Nordstad Moen would contest the 10,000m at the European Championships but he has instead opted to contest the marathon, the distance in which he set a European record of 2:05:48 to win the Fukuoka Marathon last December.

Moen has raced sparingly this year due to illness and injury and he will face strong opposition from 2016 European half marathon champion Tadesse Abraham from Switzerland, who is sixth on the European all-time marathon lists with 2:06:40. Spain's Javier Guerra, who finished fourth in the marathon at the 2014 European Championships in Zurich, is another title contender.

The marathon route for the European Championships takes in all of Berlin's principal attractions.

The standout entrant in the women’s race is Volha Mazuronak from Belarus who was the top European finisher at the 2016 Olympics in Rio de Janeiro where she finished fifth. Mazuronak, who has a German coach in Wolfgang Heinig, leads the 2018 European lists with 2:25:25 ahead of teammate Nastassia Ivanova after victory in the Dusseldorf Marathon with negative splits of 73:02/72:23.

Neither of the two marathon winners from Zurich four years ago will be competing in Berlin. Daniele Meucci withdrew from the Italian team due to illness and Christelle Daunay from France was diagnosed with a stress fracture in her foot earlier this season.