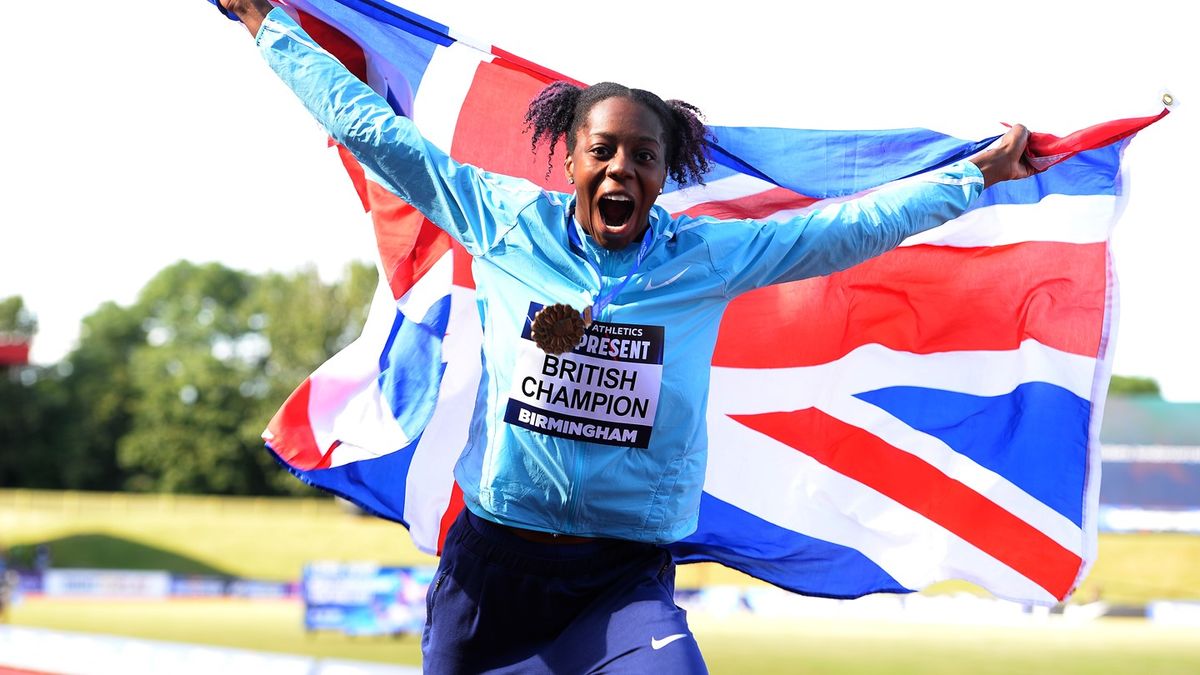 It was a record-breaking weekend across Europe with a series of sensational performances with the European Championships in Berlin now only a matter of weeks away.

At the British Championships in Birmingham, Lorraine Ugen put down the challenge to Serbia’s reigning European long jump champion Ivana Spanovic as she soared into a world lead with 7.05m.

Spanovic, who cleared a wind-assisted 7.04m in winning the Mediterranean Games title last Wednesday - and a wind legal 6.99m to equal Malaika Mihambo’s world lead - will be defending her title when Berlin co-hosts with Glasgow the first multi-sports European Championships next month.

But Ugen will once more be a major challenger to her, just as she was at the European Indoor Championships in Belgrade last year when Spanovic won European indoor gold on home soil to defend her title. Ugen took silver in what was her lifetime best jump of 6.97m but on Sunday at the Alexander Stadium she broke seven metres for the first time.

One day after running 11.32 in the 100m final at the British Championships, Lorraine Ugen has just gone out to a world-leading 7.05m in the long jump! pic.twitter.com/wMbqMkhlUj

The day before she had finished fifth in the 100m in a personal best of 11.32 and knew she was ready for success in her main event.

“I definitely felt like I was in shape,” said Ugen. “I have been working on building more speed for the runway and I knew the more speed I can get the better I can jump. When I ran a PB yesterday, I knew it gave me an opportunity to PB in the long jump as well.”

Her victory came ahead of Jazmin Sawyers, the European silver medallist, who improved her PB to 6.86m.

Dina Asher-Smith, the defending European 200m champion, is looking in brilliant form and she is now planning a golden double in Berlin - not to mention the relay.

She opted for the shorter sprint in Birmingham and won in a championship record of 10.97. “I was looking to come here and run a fast time and I was really happy to have been able to do that,” said Asher-Smith.

Though she would face some tough domestic competition in the 200m as Beth Dobbin took this title in a Scottish and championship record of 22.59. “It’s crazy. I’m just looking at far I have come,” she said.

High jumper Morgan Lake also broke the championship record with 1.97m in the high jump ahead of world indoor pentathlon champion Katarina Johnson-Thompson who was second with a season’s best of 1.90m.

Even though Zharnel Hughes is joint European leader with 9.91 for the 100m this summer, he had to settle for second in 10.13 as world finalist Reece Prescod triumphed in 10.06. Nethaneel Mitchell-Blake also ran a championship record of 20.24 to edge out 2014 European champion Adam Gemili by 0.02.

All on the clock.

In the 400m, Matthew Hudson-Smith stormed to the top of the European lists as he won in 44.68 while 2010 European champion Dai Greene, who has had such a battle with injuries, triumphed in the 400m hurdles in 50.06.

Laura Muir dropped down to contest the 800m in Birmingham and she ran negative splits of 62.7/58.5 to win the title in 2:01.22. Muir is yet to confirm her plans for Berlin but she hasn’t ruled out attempting a middle distance double.

The women’s 400m at the Resisprint in La Chaux de Fonds on Sunday (1) will be remembered for a long time as the first three all set national records.

And the glory came with a Berlin message, too, from home star Lea Sprunger. She won in a European lead of 50.52, breaking her own old best mark of 51.09 which she had set at this meeting a year ago. Sprunger has been named on the Swiss team in the 400m and 400m hurdles for Berlin.

Three national records in one race over 400m in La-Chaux-de-Fonds!

Fun fact: Serksniene broke the Lithuanian record which was set all the way back in 1984! pic.twitter.com/yYJGhr3s8y

And for the athletes who finished second and third, they broke records stretching back decades. Lisanne De Witte from the Netherlands recorded 50.96 to break Ester Goossens’ mark of 51.35 from 1998 while Agne Serksniene smashed the Lithuanian record of 51.12 with 50.99, breaking Dalia Matuseviciene’s mark set in July 1984.

They were not alone in making history as Switzerland’s Alex Wilson lowered his national 200m time of 20.26 from last month to 20.25.

It was over 22 years ago when Jan Zelezny broke the world javelin record of 98.48m in Jena and even though the 90m line was not breached on Sunday, there were some pointers towards Berlin at the Javelin Festival in Jena where where Olympic champion Thomas Rohler is the meeting director.

He produced a best of 85.17m but was beaten into second by teammate Andreas Hofmann, who won with a meeting record of 88.48m. Czech Republic’s Vitezslav Vesely in third with 81.11m.

In Sieradz, Konrad Bukowiecki won the shot put at the first day of Polish U23 Championships on Saturday with 21.01m and Ewa Swoboda won the 100m in 11.49.