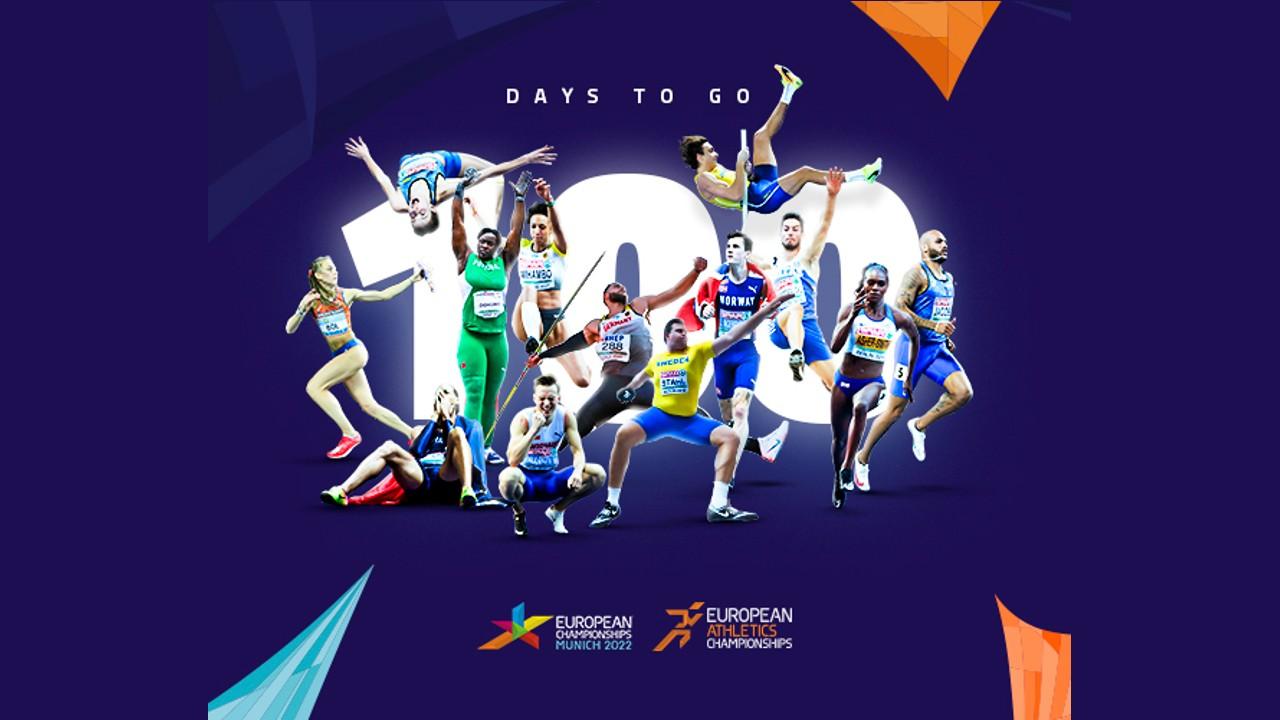 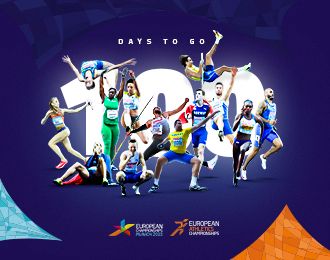 This will be the biggest sporting event to take place in Munich since the Olympic Games 50 years ago and the Bavarian capital will be in the spotlight again 20 years after the city’s iconic Olympic Stadium also played host to the European Athletics Championships in 2002.

“We know Germany has a fantastic record of staging major athletics events. We have very fond memories of the 2002 European Athletics Championships and the last championships in Berlin in 2018 was perhaps our best one to date. We are delighted our flagship event is returning to a city, and a stadium, that has such a strong and lasting affiliation with athletics.

“With 100 days to go, excitement is building as the championships move into view. I am sure the eyes of the athletics world will be focused on the Olympic Stadium in Munich just as they were in 1972 and 2002,” said European Athletics President Dobromir Karamarinov. And athletics in Europe has rarely been in better health with 100 days to go.

The European Athletics Championships follows on from a hugely successful Olympic Games in Tokyo last summer when European athletes came away with 20 gold medals in total.

Nine of those 20 Olympic gold medallists also triumphed in Berlin four years ago and most are expected to defend their continental titles, including Norway’s Jakob Ingebrigtsen and Sweden’s Armand Duplantis who broke through with gold medals at the ages of 17 and 18 respectively and have since gone on to become two of the biggest stars in world athletics.

As well as becoming the youngest male athlete to win a European title, Ingebrigtsen also made history by becoming the first athlete - male or female - to win a 1500/5000m double at the same European Championships while Duplantis soared over a championship record of 6.05m on his first attempt to spring to stardom in the pole vault.

After winning Olympic titles last summer, both athletes revised the record books during the indoor season. Ingebrigtsen took the world indoor 1500m record down to 3:30.60 in Lievin to set his first world record while Duplantis soared over 6.20m to win gold at the World Athletics Indoor Championships in Belgrade, his fourth world record and counting.

Not since 2014 when Yohann Diniz won his third European title in the 50km race walk in 3:32:33 has a world record been set at the European Athletics Championships but Duplantis has outlined his aspirations to break a world record on German soil so could Munich be the place for Duplantis to do it?

For others, Berlin marked an extension of their dominance.

Sandra Perkovic just missed out on the medals in Tokyo where she was the reigning two-time champion, but she will be looking to create yet more history at the European Championships.

The Croatian became the first athlete in history to win five successive European titles in Berlin and she will be aiming to extend that record in the discus with her sixth gold medal in Munich.

Hosts Germany came away with six gold medals at the last European Athletics Championships and there will be especially high hopes on the shoulders of reigning European long jump champion Malaika Mihambo who has subsequently gone on to win the world title in Doha before completing the full set of major championships titles at the Olympics Games last summer.

In the build-up to Munich, European Athletics will be delving through the archives and rolling out highlights of some of the most impressive, and sometimes record-breaking, performances at the European Athletics Championships starting from Munich 2002 across our social media channels.

Tickets for the European Athletics Championships can still be purchased through the official ticketing portal for as little as 20 euros. Click here to purchase your tickets now.