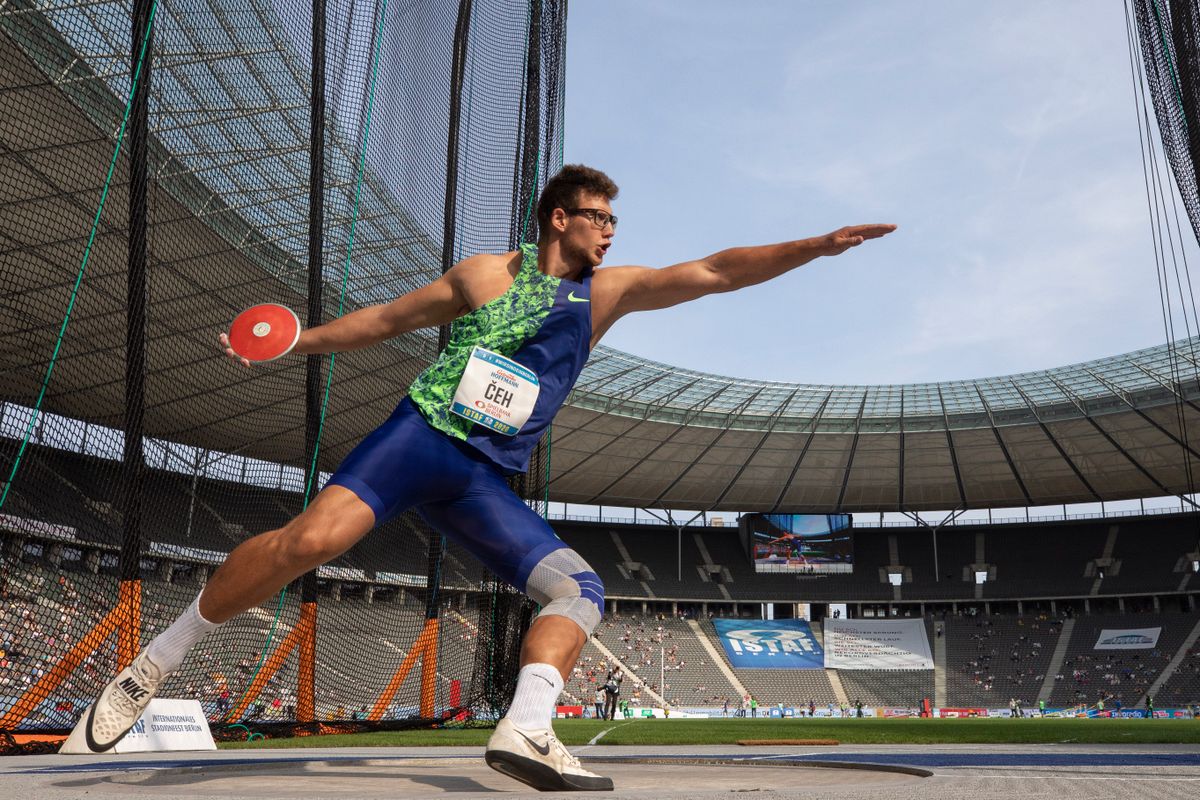 In his first competition of the summer season, Slovenia’s Kristjan Ceh broke his European U23 record on home soil at the Robert Preloga Meeting in Ptuj on Thursday (27) evening.

Ceh broke the near-five decade old record held by East Germany’s Wolfgang Schmidt last year with 68.75m but the reigning European U23 champion added nearly one metre to his record with 69.52m in the second round.

The 22-year-old put together a gleaming series, surpassing the previous European U23 record with 69.14m in the fifth round and concluding his competition with 68.73m. His third round throw was reported to have landed beyond the 70 metre line but the 2.06m-tall Ceh couldn’t stay inside the circle and the throw was deemed a foul.

“There was a bit of nervousness at the start, this is just the first competition of the summer season. I didn't have any high expectations before it, but I threw excellently in the first throw. Then the disk just kept flying and flying. I feel like I’m well prepared, we worked well in the winter. I just have to fix a few things, and it will be even better,” said Ceh, who is eligible to defend his European U23 title in Tallinn in July.

Ceh also moves to second on the 2021 world list which is headed by world champion Daniel Stahl from Sweden who launched his season with a world leading mark of 69.71m in Helsingborg last weekend.