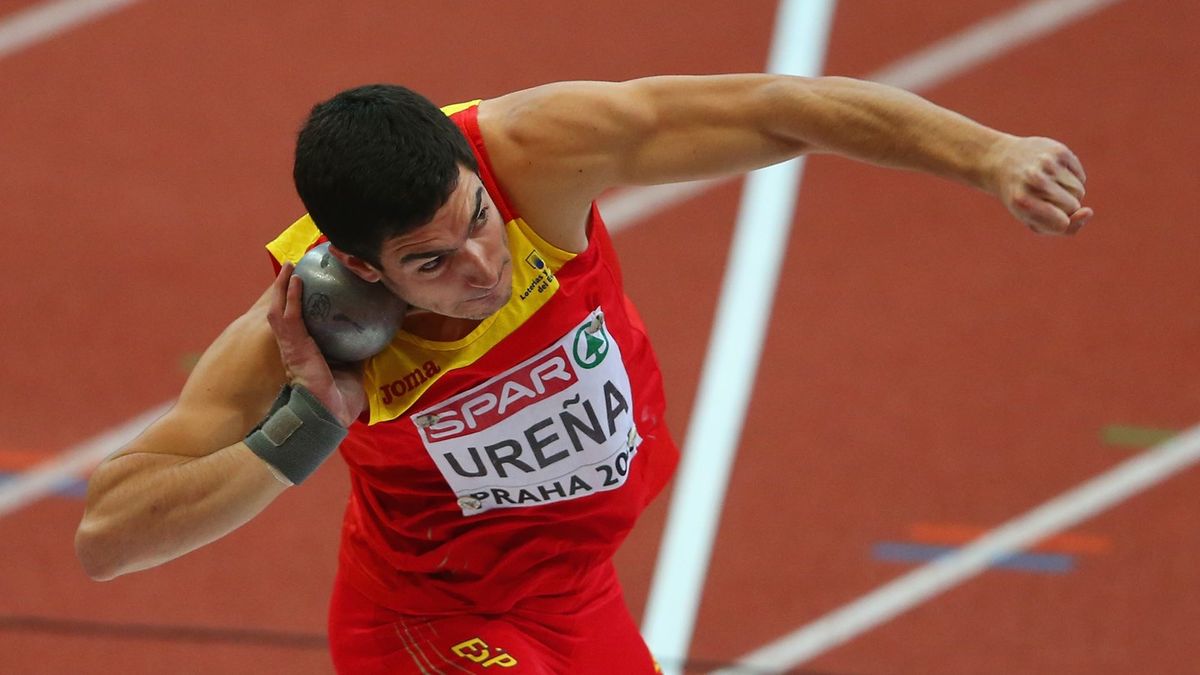 World leads were the order of the day for European athletes this weekend.

In Prague, Spain's Jorge Urena broke the national record as he scored 6249 points in the heptathlon while in Vilnius, Lithuania's Airine Palsyte also established a new national record mark for the high jump with 2.00m.

In Jablonec, Tomas Stanek produced a shot put of 21.32m for an overall personal best and at the same time on Saturday in Cardiff, Great Britain's Andy Pozzi was making his mark with 7.56 in the 60m hurdles.

At 23, Urena is among the best young and up-and-coming multi-eventers in the sport and he will now be one of the favourites for gold at the Belgrade 2017 European Athletics Indoor Championships in March after this performance.

The 2015 European under-23 decathlon silver medallist delivered a brilliant series at the traditional five countries combined events match between the hosts, the Czech Republic, Spain, Great Britain, France and Poland.

Last summer, Palsyte shared silver with Bulgaria's Mirela Demireva (1.96m) at the European Athletics Championships in Amsterdam, but now she really has set a brilliant standard by becoming the 44th woman to break the two metres barrier indoors.

It is a tremendous display to take towards Belgrade and proof of the continued progression for this 24-year-old who was also the European under-23 silver medallist in Tampere in 2013.

Excellent form was shown by the Czech shot putters at the 45th Jablonec Indoor meeting, with Stanek moving to the top of the world rankings with 21.32m and, in second behind him on the day was Ladislav Prasil with 20.67m, his best result since 2014.

At the Welsh Indoor Championships in Cardiff, it was quite an afternoon for Pozzi who ran 7.56 in the heats of the 60m hurdles to send a signal out to the rest before then winning the final in 7.57 from David Omoregie (7.63) as Spain's Olympic 100m hurdles silver medallist Orlando Ortega ran 7.58 in Madrid to sit just behind the Briton on the world list.

Richard Kilty will head to Belgrade looking to retain his 60m title and he opened his season on Saturday with an excellent 6.57 at the Bauhaus Indoor Gala to the west of Stockholm in Ulvsunda, on a temporary track inside a DIY store, while his teammate and European 200m champion Dina Asher-Smith made it a British double with victory in 7.23.

At the Cross Internacional de San Sebastián, a European Athletics Cross Country Permit meeting on Sunday, there were podium finishes for European athletes in the women's race.