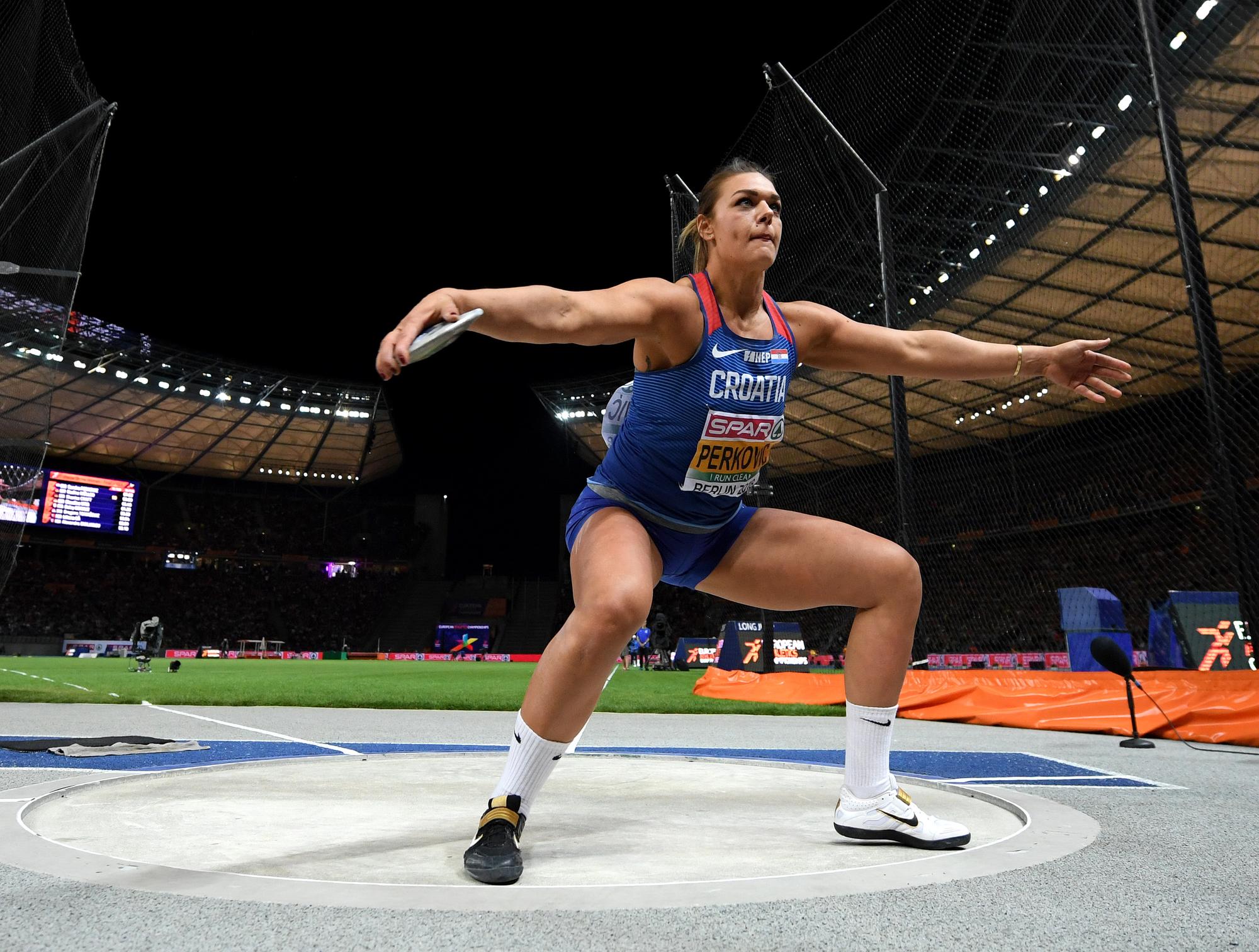 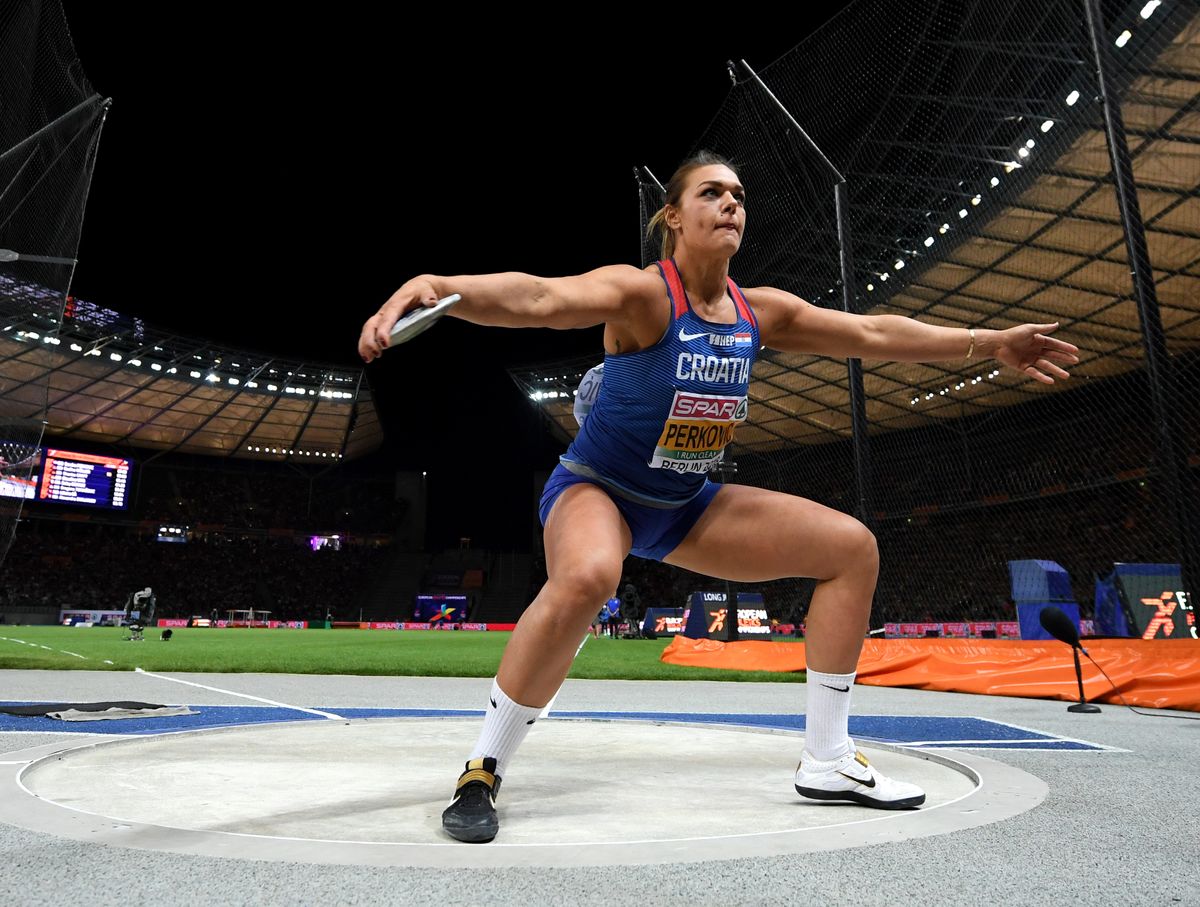 Firsts, lasts and potential records at the Olympic Games

With the athletics programme to get underway at the Olympic Games in less than two days’ time on Friday (30), European Athletics takes a look at some of the athletes who could create history in Tokyo and Sapporo.

Throwers in contention for historic hat-tricks

No female athlete has won three individual Olympic titles but Croatia’s Sandra Perkovic and Poland’s Anita Wlodarczyk are both in contention to complete historic trebles in Tokyo.

Perkovic, who carried Croatia's flag at the Olympic Games Opening Ceremony, became the first athlete to win five successive European titles in the discus at the 2018 European Championships in Berlin. While the Croatian might not dominate the event in the way she used to, the 31-year-old remains very much in title contention with a season's best of 68.31m.

Now 35, Wlodarczyk has struggled to rekindle her best form as she returns from knee surgery but the Pole is ranked third on the world list with a season’s best of 77.93m. The world lists are led by world champion DeAnna Price who became the second woman after Wlodarczyk to break the 80 metre-line with 80.31m at the US Olympic Trials.

If Wlodarczyk does upset the odds and successfully defends her Olympic hammer title in Tokyo, she will become just the second thrower in history to win three Olympic titles in the hammer.

The only athlete to achieve this accolade is John Flanagan from the United States who won the event three times between 1900 and 1908.

Another medal for Spotakova at 40?

After gold medals in 2008 and 2012, Barbora Spotakova is also in the hunt for a third non-consecutive Olympic gold medal in the javelin which would emulate the feat of her Czech compatriot and former coach Jan Zelezny.

And if Spotakova wins a medal of any hue, she will become the oldest female athlete to win a medal in a field event. Incidentally the oldest athlete to win an Olympic medal in the women’s javelin is another Czech - the late Dana Zatopkova who won Olympic silver in Rome at the age of 37. Sifan Hassan has kept her cards very close to her chest in terms of her plans for the Tokyo Olympics but she hasn’t ruled out contesting all three events she has entered: the 1500m, 5000m and 10,000m.

If Hassan does indeed attempt this audacious treble, she could very possibly become the first female athlete since Dutch compatriot Fanny Blankers-Koen in 1948 to win medals in three individual events at the same Olympic Games.

The last European winner of the men’s Olympic 400m hurdles title was East Germany’s Volker Beck at the heavily-boycotted 1980 Olympic Games in Moscow.

Garcia, 51, has been an ever-present in the 50km race walk since Barcelona 1992 although he won’t be the oldest athlete to have competed in an athletics event. That accolade goes to Canada’s Percy Wyer who was 52 when he contested the marathon at the 1936 Olympics. Six and not out for Robert-Michon

France’s Melina Robert-Michon will pip Garcia for the distinction of becoming the first athlete to compete in every Olympic Games this millennium by a matter of a couple of days when she competes in the qualifying round of the women’s discus.

Robert-Michon won Olympic discus silver on her fifth Olympic appearance in Rio de Janeiro in 2016 and the veteran is considering extending her career through to the 2024 Olympic Games on home soil in Paris.

A final hurrah for Europe's finest in the 50km race walk?

European race walkers have won 16 of the 19 Olympic gold medals awarded in the 50km race walk, an event which will be discontinued after the Tokyo Olympic Games.

While the host nation will have high hopes of coming away with a brace of medals, a very experienced European contingent which includes reigning Olympic champion Matej Toth from Slovakia and world record-holder Yohann Diniz from France will be looking to conclude their venerable careers with what would be an especially poignant podium finish.

The mixed 4x400m relay makes its Olympic debut in Tokyo and nine European teams have qualified for the inaugural event.

While the United States begin as the resounding favourites for the title, Belgium and Poland are expected to lead the European challenge. The Netherlands are likely to be without Femke Bol as the heats of the 400m hurdles take place on the same day as the mixed 4x400m final.