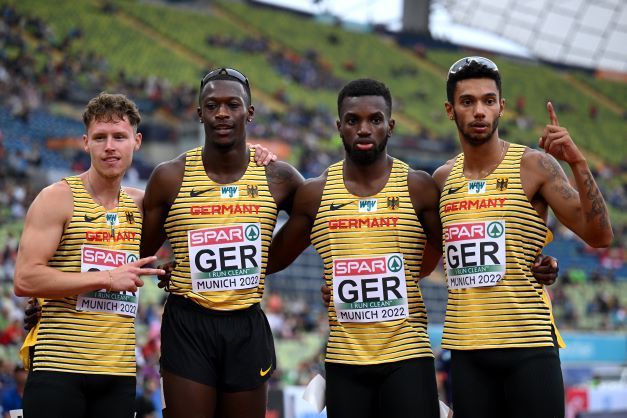 In damp but not yet rainy conditions – the forecast was for a storm – home quartet Germany topped the 4x100m heats with a national record and the fastest time of the day with 37.97, from France on 38.17 and reigning champions Great Britain in 38.41, on the fifth morning session of the Munich 2022 European Athletics Championships on Friday (19), part of the wider multi-sport European Championships.

The latter team, led off by the man who reacted with such exuberant joy in winning individual 100m bronze, Jeremiah Azu, came home strongly to win the opening heat in 38.41 before Lucas Ansah-Peprah anchored Germany to the fastest time across the two heats and taking their national record below the 38 second-barrier.

But Italy, the Tokyo 2020 men’s 4x100m champions, belatedly lost the last qualifying place for Sunday’s final to Turkey – who qualified in an individual re-run after protesting their earlier disqualification in a heat where the Italians ran without their individual Olympic and European champion Marcell Jacobs, a late drop-out.

It seemed the inexperienced Italian quartet – rejigged after Jacobs had suffered a problem during warm-up - had done enough as they finished fifth and claimed the last minor qualifying place in 39.02 – but circumstances were against them.

After Turkey had appealed successfully over having been impeded by Finland just before the first changeover they were able to run again in sunny conditions that had temporarily superseded the morning’s rain. And when the figure of 38.98 flashed up on the screen after the baton had been brought home the Turkish celebrations began. 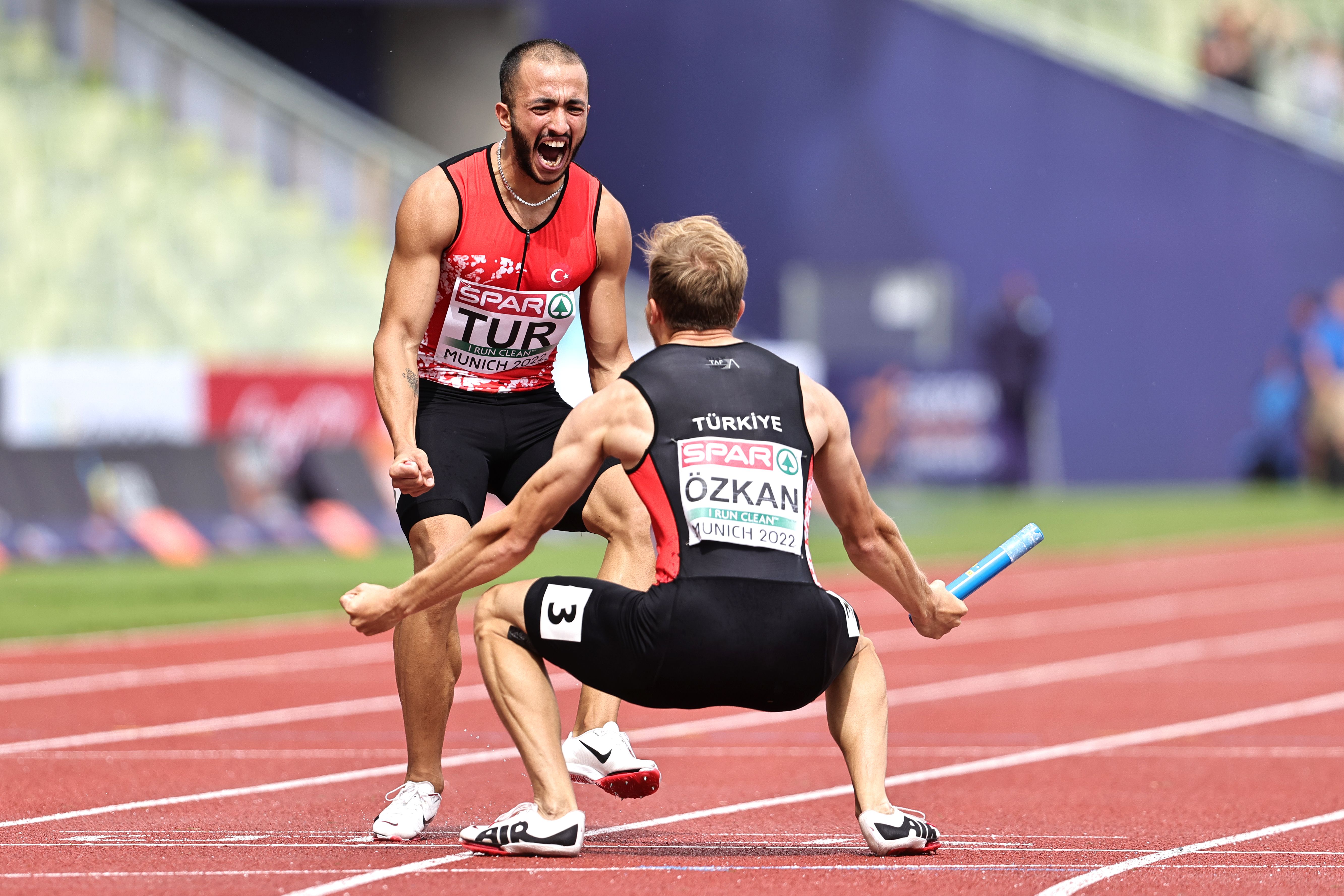 With Filippo Tortu and Eseosa Desalu being rested after the previous evening’s 200m semifinals the Italian quartet included only one of the Tokyo gold medallists, first-leg runner Lorenzo Patta – and now Tortu and Desalu will have no chance to take part.

A huge effort from 19-year-old Dubliner Rhasidat Adeleke, who lowered her own national 400m record to 50.53 in finishing fifth in the individual final, shifted Ireland from third to first in the third leg of their women’s 4x400m heat, a position last leg runner Sharlene Mawdsley only relinquished in the final strides under pressure from Lisanne De Witte of the Netherlands. 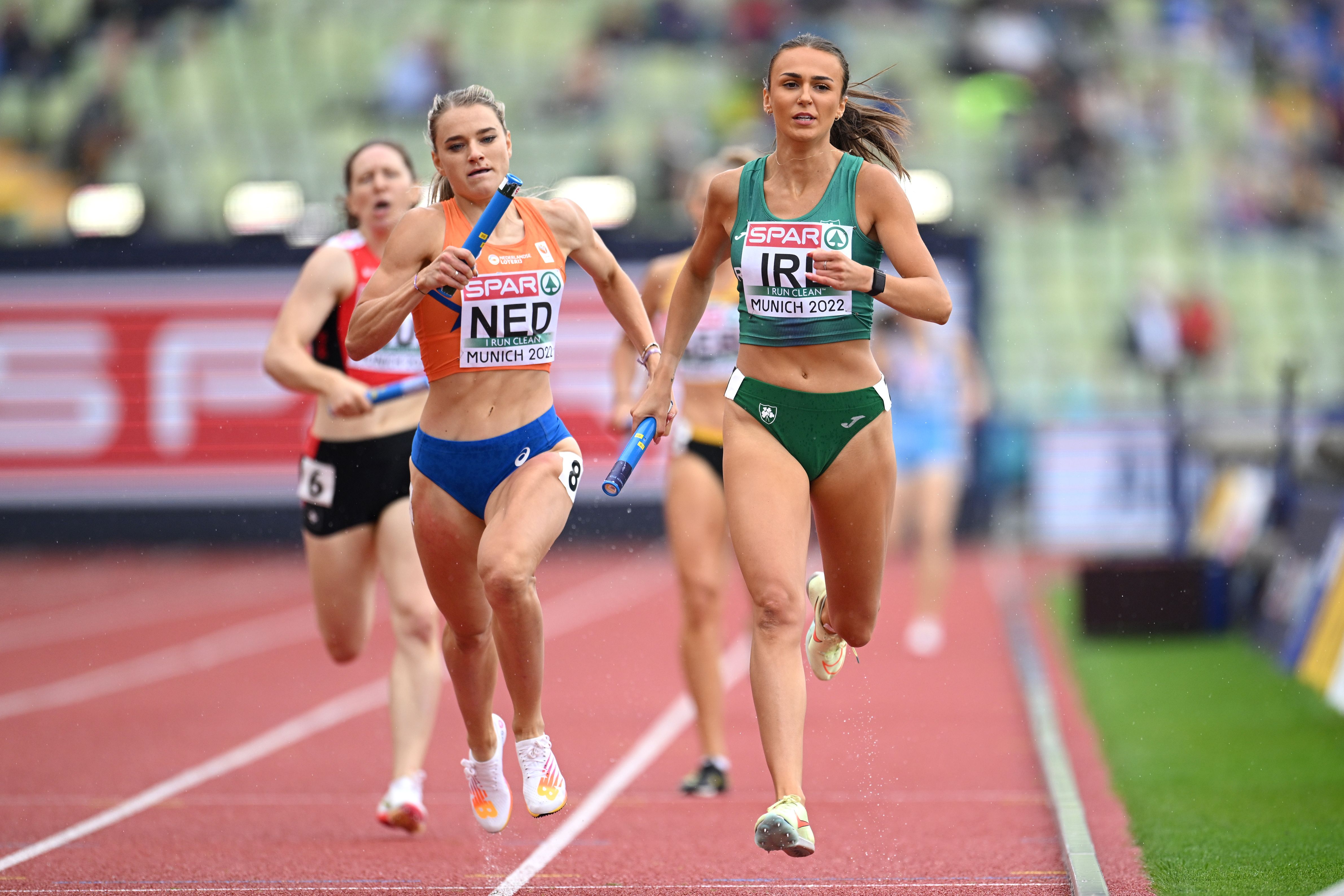 The Netherlands progressed to tomorrow’s final third overall in 3:25.84, with Ireland progressing as fifth fastest in a national record of 3:26.06 thanks in no small part to Adeleke who was recorded at 49.49 on the third leg.

Great Britain topped qualifying with a dominant display in the first heat to clock 3:23.79 ahead of Belgium, who recorded 3:25.44, and reigning champions Poland in 3:26.05.

Spain were fastest qualifiers for tomorrow’s men’s 4x400m relay final, in 3:01.27, after narrowly beating the second fastest quartet, The Netherlands, in their opening heat, with the latter team clocking 3:01.57.

Women’s high jump qualifying was largely completed before it began to rain, with 13 going through to Sunday’s final on 1.87m, including Ukraine’s Olympic bronze medallist and double world silver medallist Yaroslava Mahuchikh, her teammates Iryna Gerashchenko and Yuliya Levchenko and Italy’s Elena Vallortigara. 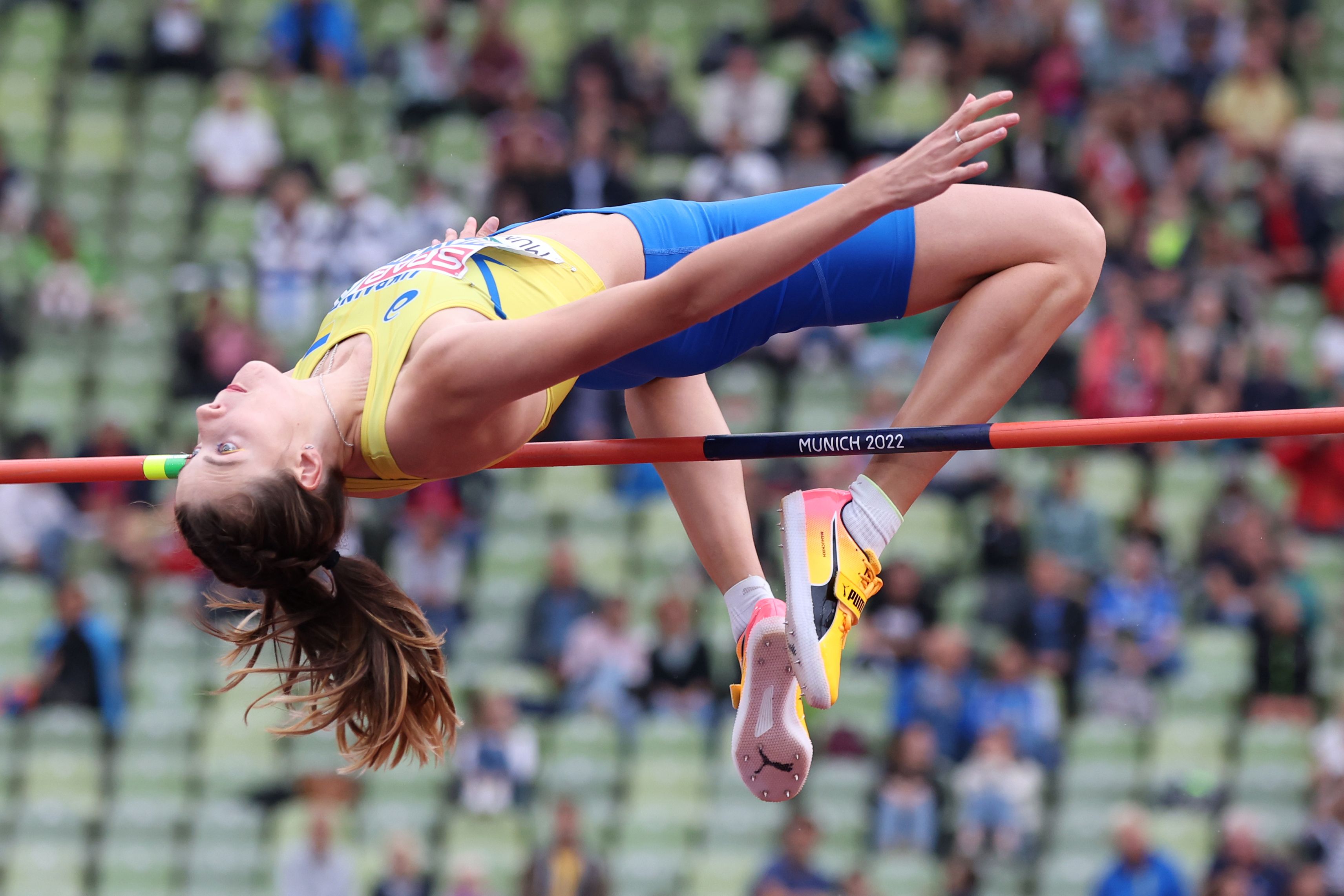 Finland’s Lassi Etelatalo was third best on 79.29 from Vadlejch’s compatriot Vitezslav Vesely, the 2013 world champion and oldest thrower in the field at 39, who threw 79.27.

There was relief for the second German thrower, 2018 silver medallist Andreas Hoffman, who registered only one scoring effort, taking the second from last qualifying position on 77.29, having fouled all three throws in qualifying at last month’s World Championships.

But on the comeback trail, reigning champion Thomas Rohler was 22nd across the two pools with a mere 71.31m.