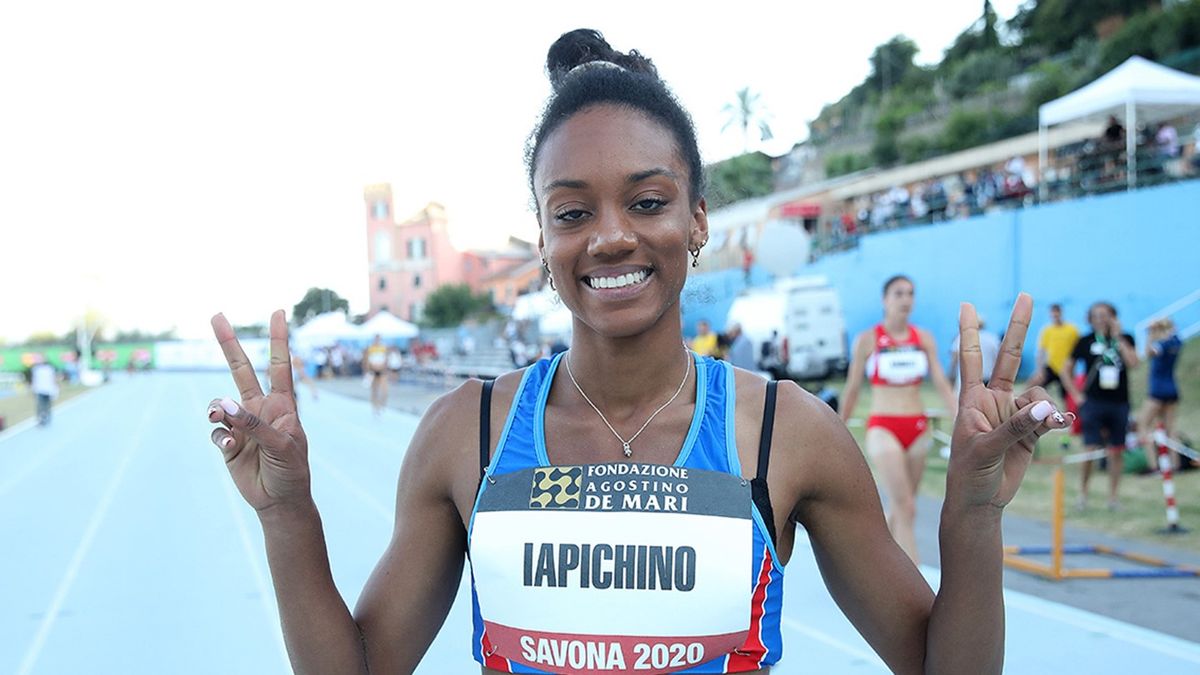 Iapichino jumps 6.80m, world leads for Pozzi and Re in Savona

Last year’s European U20 champion Larissa Iapichino, still only 17, provided the highlight of the CittÃ  di Savona-Memorial Giulio Ottolia meeting – a European Athletics Area Permit Meeting – when she flew out to an Italian U20 record of 6.80m on Thursday (16).

Iapichino hit the distance with her opening effort, cutting the sand just one centimetre shy of the 2020 world-lead by Sweden’s Khaddi Sagnia but adding 16cm to her personal best and national U20 record from last year.

The distance moves her up to 10th on the European U20 list but was the best jump by anyone in this category since 2010.

“I'm happy but there are still many things to fix but as everyone says, I'm still young. This is a nice early birthday present because on Saturday I will celebrate my 18th birthday. Today's competition? It was all quite surreal for me. It (the jump) didn't feel perfect, but when I heard the applause, I was shocked,” reflected Iapichino immediately after the competition.

“My coach Gianni Cecconi and I understood that a change was needed to make the jump ‘easier’. Before, it was a bit forced, so we took advantage of the lockdown, and to perfect it her technique. And now I feel really good, everything feels much smoother, more loose, it really feels like flying.”

Iapichino will be one of the few winners from Boras 12 months ago eligible to defend her title next summer in Tallinn.

By comparison, her mother Fiona May, who went on to win two world long jump titles and two Olympic Games silver medals jumped 6.53m and a windy 6.64m at the age of 17. May also lies just one place above her daughter on the European U20 lists, having jumped 6.82m when winning the 1988 world U20 title in her final year in the ranks while still representing Great Britain.

Clearly the long jumpers in Savona like the conditions – performing on a track installed by European Athletics Partner Mondo, who were also an official sponsor of the meeting – with the men’s winner Filippo Randazzo also going into new territory, adding five centimetres to his personal best with 8.12m. In second place, Antonino Trio also got a personal best with 7.93m.

In additional to the exciting and enthralling long jump competitions, the Savona meeting also saw two world leading marks although the performances were a reflection of the European athletics season having a late start due to the enforced hiatus because of the coronavirus pandemic.

Great Britain’s reigning world indoor 60m hurdles champion Andrew Pozzi ran a world-leading 13.30 in the 110m hurdles while Italy’s 2019 European number one 400m runner Davide Re had his first outing over one lap of the track this year and clocked 45.31.

Other highlights in Savona were provided by Leonardo Fabbri, who won the shot put with an impressive 21.15m, and Bulgaria’s evergreen Ivet Lalova-Collio, who produced a quick 23.13 in her first race of the year the second fastest 200m time by a European so far this year.

Filippo Tortu came out on top in an all-Italian dual over 100m, beating Lamont Marcell Jacobs as the pair clocked 10.12 and 10.14 for the second fastest European times of the year while Luminosa Bogliolo won the 100m hurdles in a windy12.86.

The performances on Thursday justified the reputation of the Mondotrack SX surface in the Fontanassa stadium as being one of the quickest in Italy, with several Italian records having been set there since it was installed in 2012.

The latest version of the product that was first developed for the Beijing 2008 Olympic Games, is the Mondotrack WS-TY which has been installed in the Tokyo Olympic Stadium and is now ready to welcome athletes for next summer’s Olympic Games.