Jakob Ingebrigtsen completed a historic 1500/3000m European indoor double that had narrowly eluded him in Glasgow two years earlier on the final day of competition at the Torun 2021 European Athletics Indoor Championships.

The 20-year-old’s 1500m win on Friday night was vexed by his disqualification and belated reinstatement after home runner Marcin Lewandowski, who outsprinted him to the 2019 title, had briefly owned a third gold medal in the event, but there were no complicating factors in his second victory.

The final was effectively over 1000 metres, after a two kilometre jog, and that suited the prodigiously gifted Ingebrigtsen ideally. He eased to the front and gradually wound up the pace before shifting into something approaching top gear over the final 50 metres, crossing the line well clear in a personal best of 7:48.20.

While the likes of Laura Muir have successfully completed 1500/3000m doubles in previous editions of the European Indoor Championships, Ingebrigtsen became the first male athlete to win both events in the same championships. And at the age of 20, the Norwegian takes his tally of senior European gold medals up to four and what would have been had it not been for the cancellation of the Paris 2020 European Athletics Championships last summer?

"This means a lot to me. My goal in these championships was to improve from two years ago and that obviously meant getting two gold medals. I ran this race according to plan," he said. "I believe I can still get better. And I always want to be the best and the fastest. For the Tokyo Olympics my main goal is the 1500m. Olympic gold is something I have wanted almost since I was a toddler." 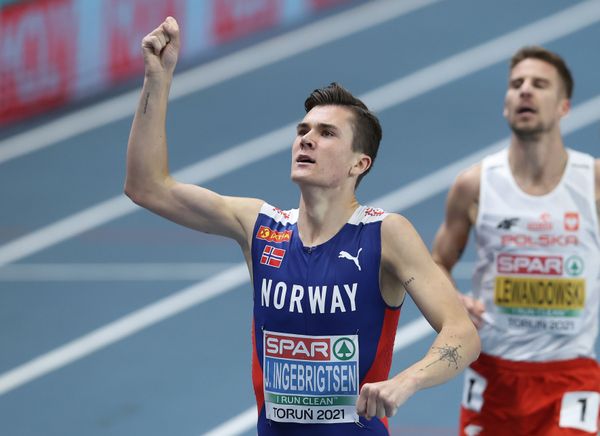 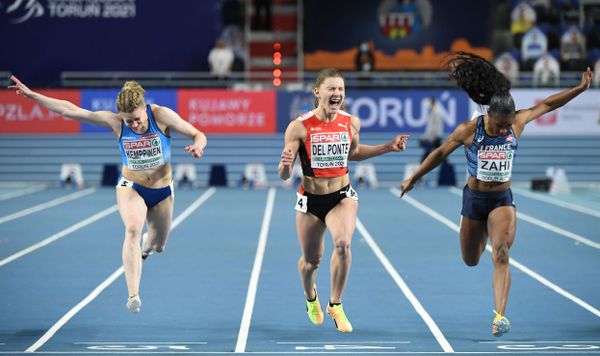