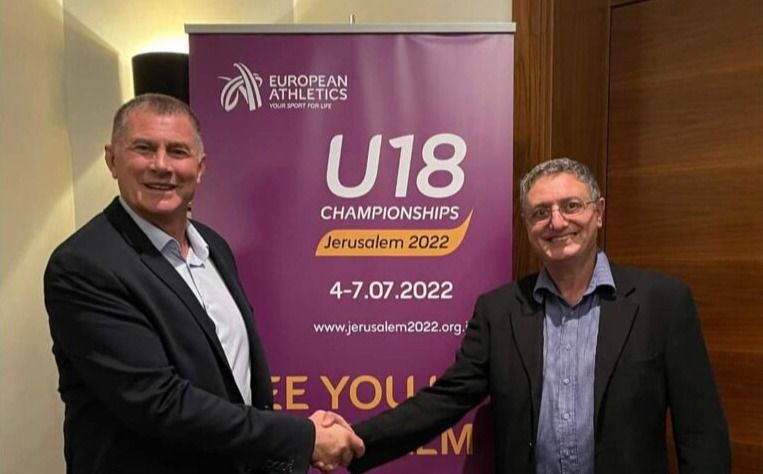 Jerusalem gets ready to host the 2022 European Athletics U18 Championships

Jerusalem will host the next European Athletics U18 Championships on 4-7 July 2022, the first time Israel has hosted a major competition which will involve every athletics federation from across the continent.

The Israeli Athletics Association (IAA) was awarded the event at the European Athletics Council meeting in November 2019 and since then preparations have progressed rapidly, as confirmed by a site visit by European Athletics staff and technical officials in early October.

IAA Chairman Ami Baran commented after the visit: ”I am glad everything is moving according to plan and the European Athletics U18 championship is getting closer.

“European Athletics put their trust in the IAA and the Jerusalem Municipality to have the U18 Championship in Israel and all the responsible professional bodies are motivated to do our best.

“I had the honour to meet the delegates during the visit and I have no doubt that with productive collaboration we will take this trust and we will bring to Jerusalem the best championships that we can.

“I still am also filled with hope that the championships will happen in post-COVID-19 days and crowds will be able to join the athletics festivities.”

Among the key features of Jerusalem’s winning bid were plans of additional investment in the National Stadium infrastructure – which will stage the championships and is located on the Givat Ram campus of the Hebrew University of Jerusalem – the strong support from the Jerusalem local authorities and the fact that the championships would leave behind a lasting legacy for the next generation of Israeli athletes.

Extensive work has been conducted on the 3615-seater stadium, a World Athletics Class 2 Cerified Athletics Facility, during the summer to upgrade it.

After visiting the competition site and warm up facilities, as well as reviewing transportation and accommodation, European Athletics delegates were happy to report that the Local Organising Committee's various ambitious plans are well on the way to being met.

The 2022 European Athletics U18 Championships will be the third edition of this particular continental age-group event and will come after a hiatus of four years owing to the COVID pandemic causing the cancellation of the 2020 championships which were scheduled to be held in Rieti, Italy.

Approximately 1200 athletes are expected to participate in Jerusalem from across Europe. The first two editions – 2016 in Tbilisi, Georgia and 2018 in Gyor, Hungary – saw three world U18 bests as well as a plethora of national U18 bests and a deluge of record performances is expected once again.

Several potential medal contenders in Jerusalem, when athletes born in 2005 and 2006 will get their chance to savour high level international competition, were in action at the European Athletics U20 Championships in Tallinn, Estonia this summer.

Keep an eye on Thøgersen

One athlete who caught the eye was the Danish distance runner Sofia Thøgersen, who took the 3000m silver medal in the Estonian capital,

Thøgersen, who only turns 17 on the penultimate day of next summer’s championship in Jerusalem, ran a national record of 9:16.43 in the Estonian capital and just missed out on gold.

In Jerusalem, she potentially could also challenge for medals in the 2000m steeplechase in which she leads the 2021 U18 world lists with 6:24.51.

In her one and only outing over the barriers this summer, Thøgersen sliced more than eight seconds off the national U18 best for that event which had previously belonged to Anna Mark Helwigh – who won the 2016 European U18 2000m steeplechase gold medal – to leap up to fourth on the European all-time list for the age-group.

Close attention will be on Thøgersen next summer to see whether she can challenge the European U18 best for the event of 6:19.23 set by Hungary’s Grete Varga in 2020, whether that is in jerusalem or elsewhere.

Another 16-year-old to impress in Tallinn and who will be eligible to compete in Jerusalem was the German high jumper Johanna Goring, who cleared 1.92m earlier in 2021 to also lead this year’s U18 world list for her event.

In what is a loaded event for Europe’s teenage talent, Goring had to settle for fourth place in Tallinn, losing out on a medal on countback, but should have another chance to climb on the podium in Jerusalem.

It has also not gone unnoticed in Germany that the last time a 16-year-old from that country cleared as high as 1.92m was the two-time Olympic champion, Ulrike Meyfarth.

Although this will be the first time Israel has staged a major athletics championships, the country has proven its organisational skills in the past with successful editions of European Throwing Cup and European Combined Events Team Championships as well as the European Athletics Team Championships Second League in Tel Aviv in 2017. 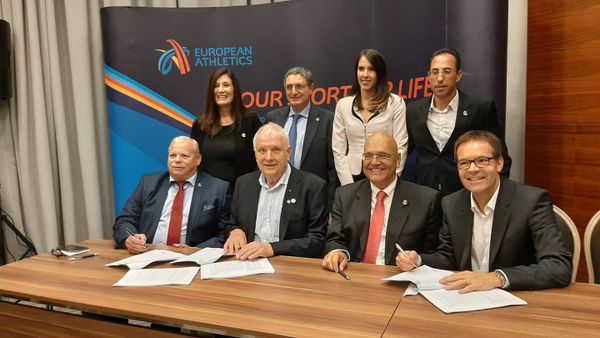 Turin and Jerusalem awarded major events in 2021 and 2022 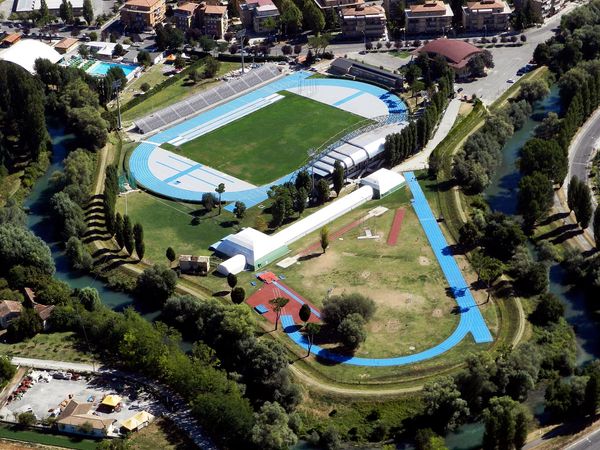