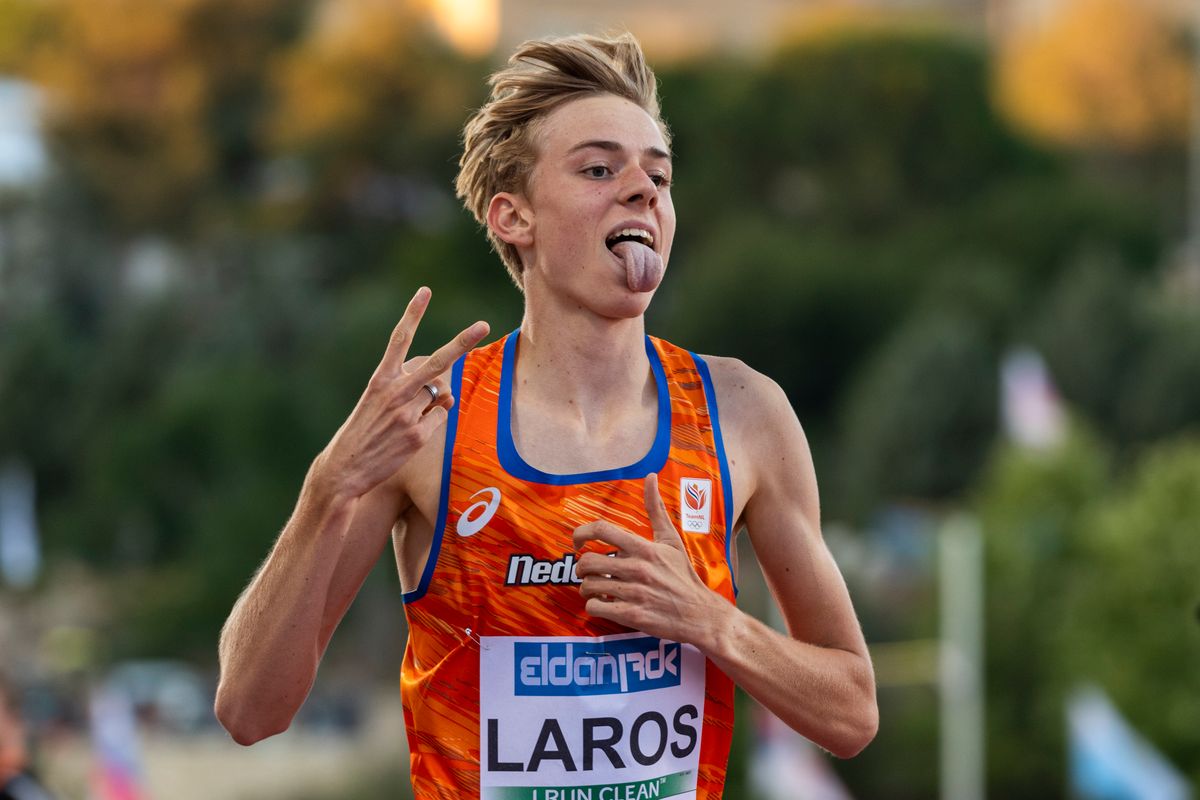 Laros moves into the U20 ranks next season and he looks poised to be one of the prospective stars of next year’s European Athletics U20 Championships in Cluj-Napoca, Romania. His range also extends to the 800m in which he recently clocked 1:46.3.

In wet and windy conditions which had a profound impact on performances, Simon Ehammer coped best with the inclement weather in the long jump and took two notable scalps.

This was Ehammer’s first victory over Tentoglou in their four competitions in 2022.

A first-time clearance at 4.43m would have proved sufficient for victory on countback but Bruni went higher and higher. The 28-year-old cleared 4.53m on her second attempt, 4.63m on her first attempt before ameliorating her Italian record by one centimetre with a third-time clearance at 4.72m.

This was Bruni’s second national record of the year having cleared 4.71m in Barletta in June.

The charismatic Nick Ponzio also provided another popular victory in the shot put. Ponzio was the only thrower to surpass the 21 metre-line, sending the 7.26 kilogram implement to 21.22m in the fifth round to put further distance between himself and second-placer Roman Kokoshko from Ukraine with 20.63m.