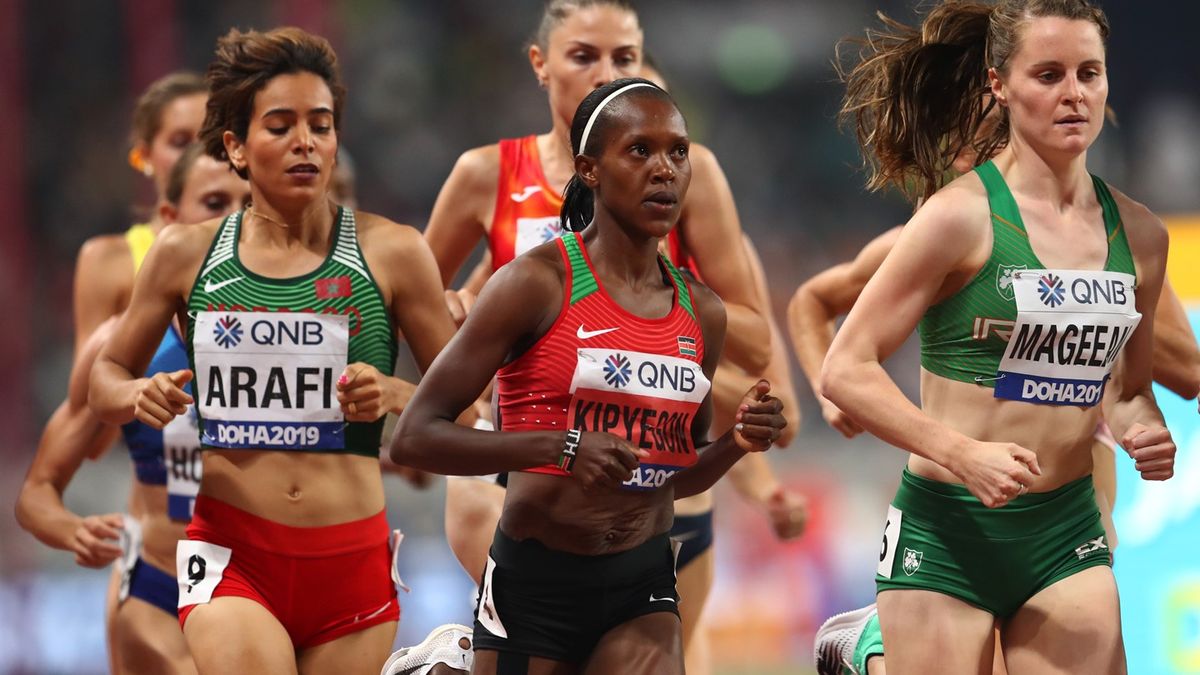 Competing for the first time since a brief indoor season, European indoor and outdoor 1500m bronze medallist Ciara Mageean dropped down in distance to dispatch a high quality field over 800m at the Citius Champs in Berne on Friday (24) evening.

Mageean hit the front in the last 200 metres and put more than one second on the rest of the field in the last half-a-lap. Norway’s Hedda Hynne was second in 2:00.72 with multiple European medallists Renelle Lamote from France (2:00.72) and Switzerland’s Selina Buchel (2:01.79) third and fourth respectively.

'I’m so much fitter and stronger and in a really good mental place, so I’m very upset that I can’t get an Irish vest on and go out and race for Ireland,' said Mageean.

.@ciaramageean's record run in Bern tonight. Serious way to dispatch a quality field. A pair of two-time European 800m medallists behind her in Lamote and Buchel. pic.twitter.com/DhIgVJfmTx

European U20 champion Femke Bol has already made a significant breakthrough in the 400m hurdles this year and the 20-year-old sliced a sizeable chunk off her lifetime best in the 400m. Bol slashed her outdoor lifetime best from 52.98 all the way down to a European-leading 51.13 ahead of her training partner Lieke Klaver who also came away with a lifetime best of 51.39.

Bol and Klaver move to third and fifth respectively on the Dutch all-time 400m list which is led by Lisanne de Witte’s national record of 50.77.

Reigning European U23 champion Jason Joseph came away with a national record on home soil in the 110m hurdles. Competing outdoors for just the second time this year, Joseph clocked 13.34 into a 1.0 m/s headwind to slice 0.05 off his Swiss record. “For a record run, I like it like this,' he said. Without opponents on your left and right you can run technically cleaner.'

His teammate Ajla del Ponte also continued her excellent start to the season with victory in the 100m in 11.15 and European U20 decathlon champion Simon Ehammer won the long jump with 7.74m.

There was a close contest in the men’s discus with David Wrobel beating Great Britain’s Lawrence Okoye, 64.24m to 64.22m. Okoye, who is on the comeback after switching to American football after the 2012 Olympics in London, also threw 65.15m in Magdeburg on Wednesday (22).

Former European triple jump champion Max Hess is also returning to his best form. Off a shortened run-up, Hess jumped 17.01m in Chemnitz on Friday (24), his first 17 metre-plus since winning a bronze medal at the Glasgow 2019 European Athletics Indoor Championships.