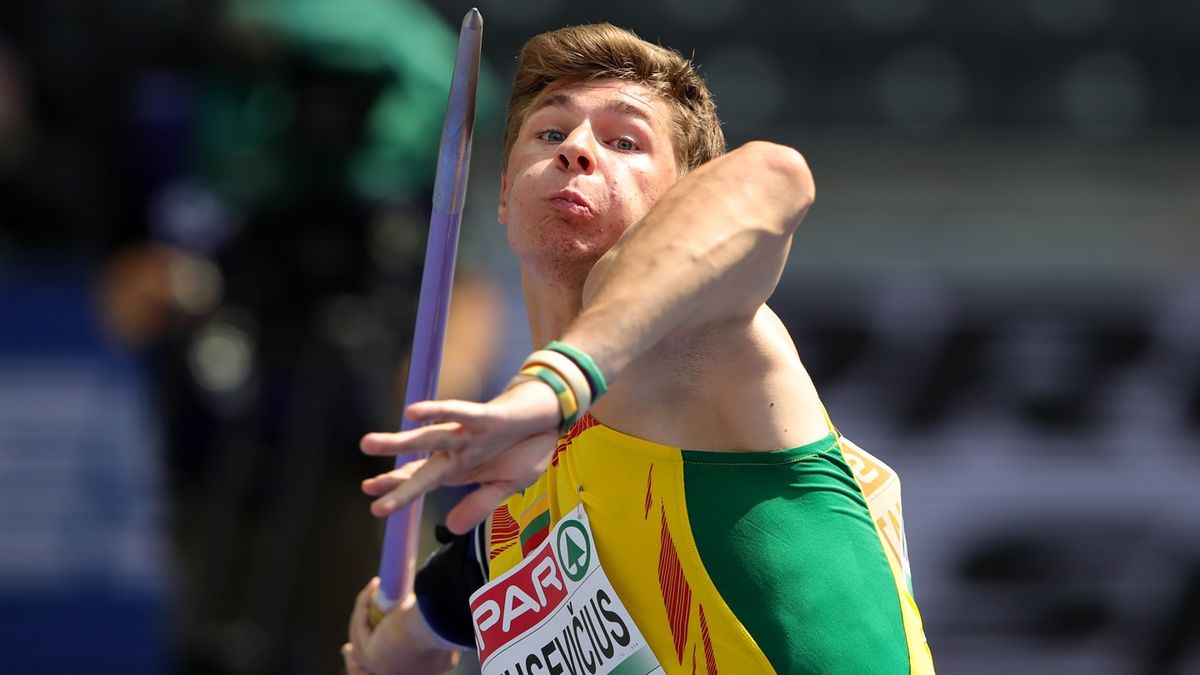 Another medal contender in the javelin at the IAAF World Championships has emerged after Edis Matusevicius smashed his national record at the Lithuanian Championships in Palanga on Saturday (27).

Matusevicius recently improved his national record to 84.97m in the qualifying round at the World University Games in Naples, Italy but the 23-year-old added almost five metres to this record, moving to third on the 2019 world list behind Estonia’s Magnus Kirt (90.61m) and Germany’s Andreas Hofmann (89.65m) with 89.17m.

Matusevicius began his series with a no-throw which was followed by a confidence-boosting second round throw of 83.77m, a good base for him to launch out to his Lithuanian record in the third round. He concluded his series with three more solid efforts: 84.47m, 82.10m and 81.37m.

“At the Universiade, I felt I could throw more than 84 meters. Deep in my thoughts, I have always believed that 90 meters might be possible this year; I just need everything to fit perfectly,” said Matusevicius.

“I was expecting a good result [at the Lithuanian Championships], maybe not quite so good. In the same workouts, things looked pretty good, the technique was improving, and today it was even better than I could have expected from the workouts.”

Reigning world and European champion Andrius Gudzius hasn’t been in his very best form this season due to a leg injury but he will still be a significant factor in Doha later this season, even though Daniel Stahl has been surpassing the 70 metre-line regularly in 2019.

Gudzius produced a substantial season’s best performance of 67.73m in the first round of the discus and the 28-year-old is pleased by how his body is responding to the rigours of training and competition.

“The foot is getting better with each competition which allows me to put more and more force on it. Today I would rate the competition as a strong eight, both in terms of results and attempts. Two attempts were far, it is unfortunate that only one was credited,” said Gudzius, noting his second attempt was even further but was called a foul.

Gudzius appears unlikely to compete again until the Brussels Diamond League on 6 September.

Other top performances came from Adrijus Glebauskas who cleared 2.28m in the high jump and European bronze medallist Liveta Jasiunaite who won the javelin with 59.14m.