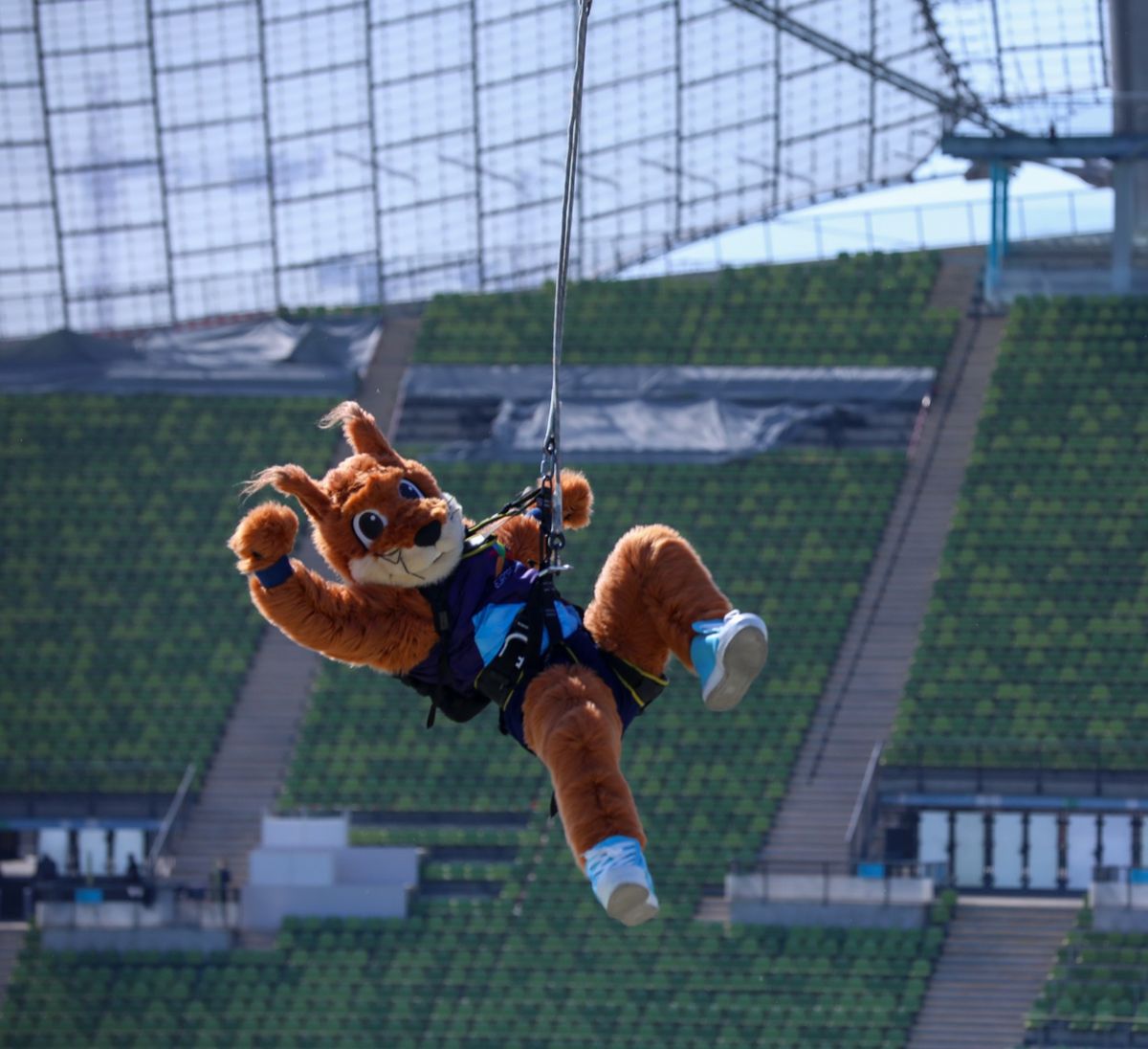 Meet Gfreidi! The official mascot for the European Championships Munich 2022

Gfreidi the squirrel has been unveiled as the official mascot for the multi-sport European Championships Munich 2022 which takes place from 11-21 August.

Athletics is one of nine sports on the programme with the Munich 2022 European Athletics Championships occupying the second week of the schedule from 15-21 August. Gfreidi will be keenly following the action in the Olympic Stadium and at other venues across the eleven days of competition.

Gfreidi, which is pronounced fry-dee and means ‘be happy’ in Bavarian, was chosen from more than 600 entries which were submitted and after a difficult three-part elimination process, a seven-strong jury which included German 800m champion and Class of ‘22 star Christina Hering settled on the winning entry which was designed by an eight-year-old called Stephanie from Nuremberg. “The mascot competition proved a total success. The jury chose the squirrel with a ‘Bavarian touch’ because it is a popular animal common all over Europe. In addition, it is lively, fast, cunning and can climb, so it fits in wonderfully with our colourful sports programme. Little Stephanie did a great job drawing it

“It’s a brilliant name too. Gfreidi symbolises our Bavarian authenticity and exactly conveys the anticipation we want to stimulate in the run-up,” said Marion Schöne, organiser and managing director of Olympiapark München.

BMW Group is looking forward to celebrating the 50th anniversary of its company's headquarters in Munich by supporting the European Championships Munich 2022 as a Premium Partner.

During the championships, BMW Group will provide, among other things, an extensive shuttle fleet, consisting of 100 percent electrified vehicles from the BMW and MINI brands. BMW motorcycles will also be represented.

In addition, the BMW Group will be contributing its expertise in a variety of ways to achieve the goals and success of the European Championships Munich 2022.