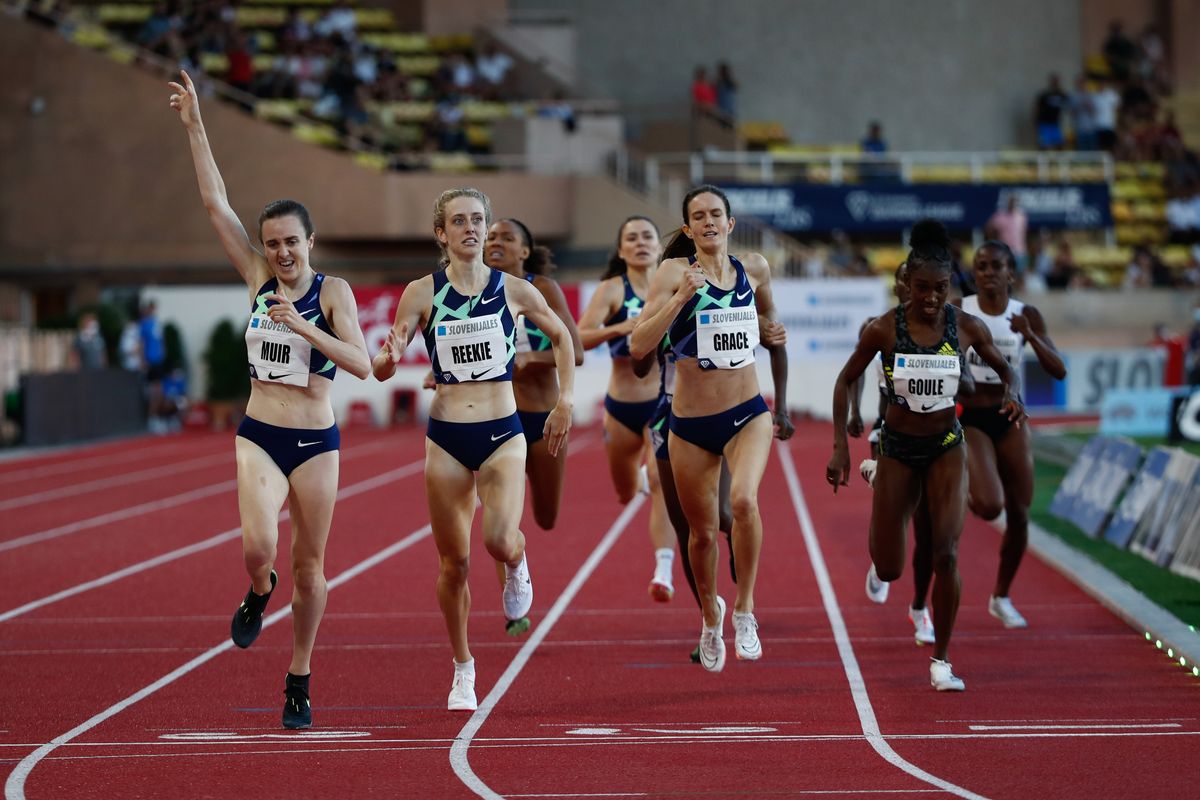 Multiple European indoor 1500m and 3000m champion Laura Muir showed her repertoire extends down to the 800m as the Brit ran the fastest time by a European in over a decade at the Monaco Diamond League on Friday (9) evening.

As the pacemaker blitzed through the first lap in under 55 seconds, Muir wisely sat in the pack before utilising her immense strength in the last 300 metres. The Brit moved wide in the home straight and powered past three of her rivals including her training partner Jemma Reekie for a significant victory in her last race before the Tokyo Olympics.

Muir shattered her lifetime best with 1:56.73 - the quickest time by a European since 2008 - with Reekie also rewarded with a big improvement in second in 1:56.96. The British duo move to second and third respectively on the British all-time list which is still headed by Kelly Holmes’ 1:56.21 which was set on the very same track in 1995.

Muir had initially committed to both the 800m and 1500m at the Tokyo Olympics but the European champion has decided to focus solely on the longer event next month rather than trying to emulate Holmes’ exploits at the 2004 Olympics in Athens.

She said: “Running 1:56 gives me huge confidence for Tokyo. I will only be running the 1500m now; I decided that only a couple of days ago but I couldn't have asked for a better performance today ahead of the 1500 in Tokyo.

“Having a training partner like Jemma is huge, Jemma has made me a much faster 800m runner. We push each other so much and we've both run 1:56, so I have definitely become faster because of her.”

In his first race since breaking the world record in the Oslo Diamond League, Karsten Warholm eclipsed his meeting record in the 400m hurdles by 0.02 with 47.08.

Warholm was tracked on his inside by the rapidly improving Brazilian Alison dos Santos but the Norwegian wasn’t put under undue pressure in the absence of Rai Benjamin from the United States, winning by more than four-tenths from dos Santos in 47.51.

“I am very happy about beating my own meeting record of course. For me it is about being consistent. It was also a bit of an untidy race at the end; that is something I need to learn to improve. I am consistent at a very high level and that is a very good thing to bring into a championship,” said Warholm.

In the 1500m, Timothy Cheruiyot from Kenya returned to form with victory in a world lead of 3:28.28 ahead of Mohamed Katir who took ownership of the Spanish record from Fermin Cacho with 3:28.76 and was only eight-hundreds off the European record which is held by Norway’s Jakob Ingebrigtsen.

Ingebrigtsen returned from illness to finish third in 3:29.25 while world bronze medallist Marcin Lewandowski continues to improve at the age of 34, setting a Polish record of 3:30.42 in sixth.