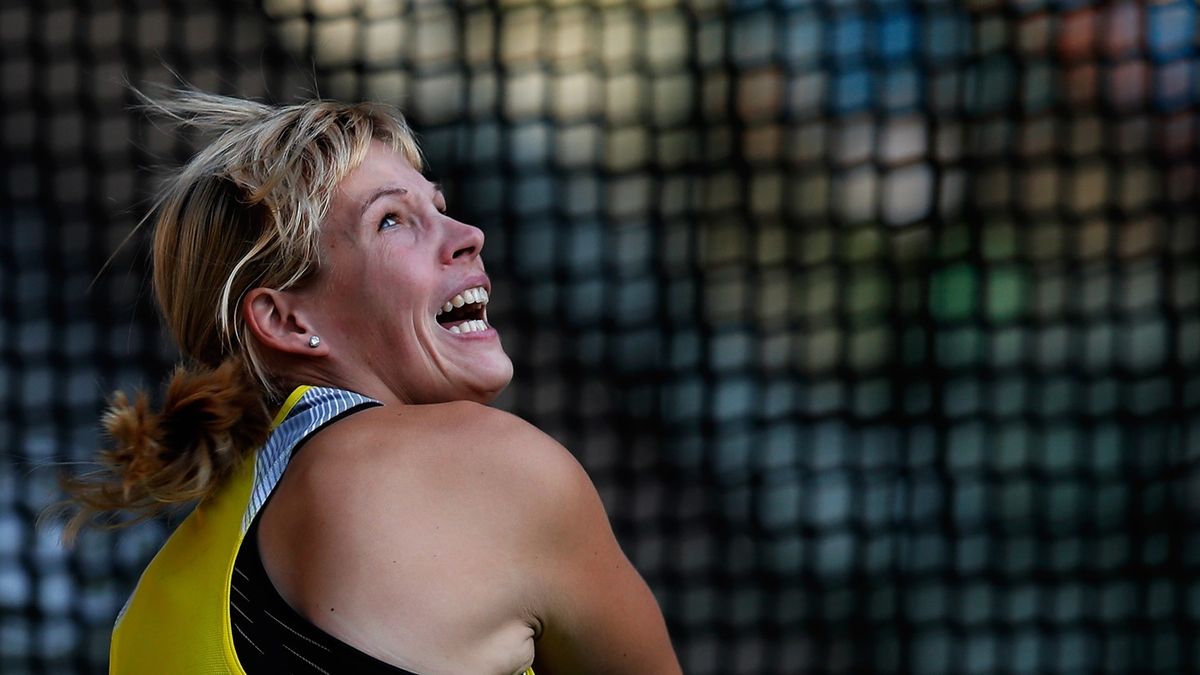 Germany's Nadine Muller maintained her brilliant record at the European Throwing Cup in Leiria, Portugal by winning her sixth title in the discus on Sunday (11).

In a year in which German athletes will be striving for glory at the Berlin 2018 European Athletics Championships this August, Muller edged her way to victory by three centimetres in a superb competition.

The fourth round dictated where the medals would go. Muller reached out to 60.42m, three centimetres ahead of home favourite Irina Rodrigues while Yulia Maltseva, an Authorised Neutral Athlete, achieved 59.59m.

Having won the shot put on Saturday, Hungary’s world indoor champion Anita Marton was fifth with 56.76m in her pursuit of double glory.

Following on from Martin Markovic’s victory in the men’s U23 discus on Saturday, teammate Marija Tolj followed suited, winning the women’s U23 discus with her opening throw of the competition of 54.83m from Slovenia’s Veronica Domjan (53.74m) and Great Britain’s Amy Holder (51.75m).

Malyshik lives up to billing with hammer gold

Belarusian Hanna Malyshik stepped up from being the U23 hammer champion in Arad, Romania in 2016 to become the senior gold medallist with another brilliant display in Leiria on Sunday.

Already the world-leader with 73.25m in Minsk exactly a month earlier, Malyshik now has the second best throw in the world to her name after winning a good quality competition with 72.62m.

In the final event of the weekend, it looked like it might be a day of frustration for Malyshik as she opened with two fouls as Moldova’s Zalina Petrivskaya started with 67.57m to take the lead.

It was a field of the highest class, with Poland’s Malwina Kopron, the world bronze medallist, then moving in front with 69.54m in the second round, either side of two fouls as France’s defending champion Alexandra Tavernier began with 63.88m and 65.87m.

But after her disappointing start, Malyshik found her rhythm in round three with her winning throw of 72.62m. She had one more legal effort - a fifth round of 67.35m - but she could not rest on her laurels as Tavernier moved into second, ahead of Kopron, with her final round throw of 71.20m.

In the U23 hammer, Hungary’s Reka Gyuratz triumphed with 69.00m as she beat the woman who succeeded her as World U18 champion Sofia Palkina, who was competing as an Authorised Neutral Athlete.

Gyuratz, the 2013 world U18 gold medallist, achieved her winning mark in round five having led from her opening 68.52m with Palkina hitting a best of 65.97m in round two to take silver.

Poland’s Katarzyna Furmanek won bronze with 65.15m from round four.