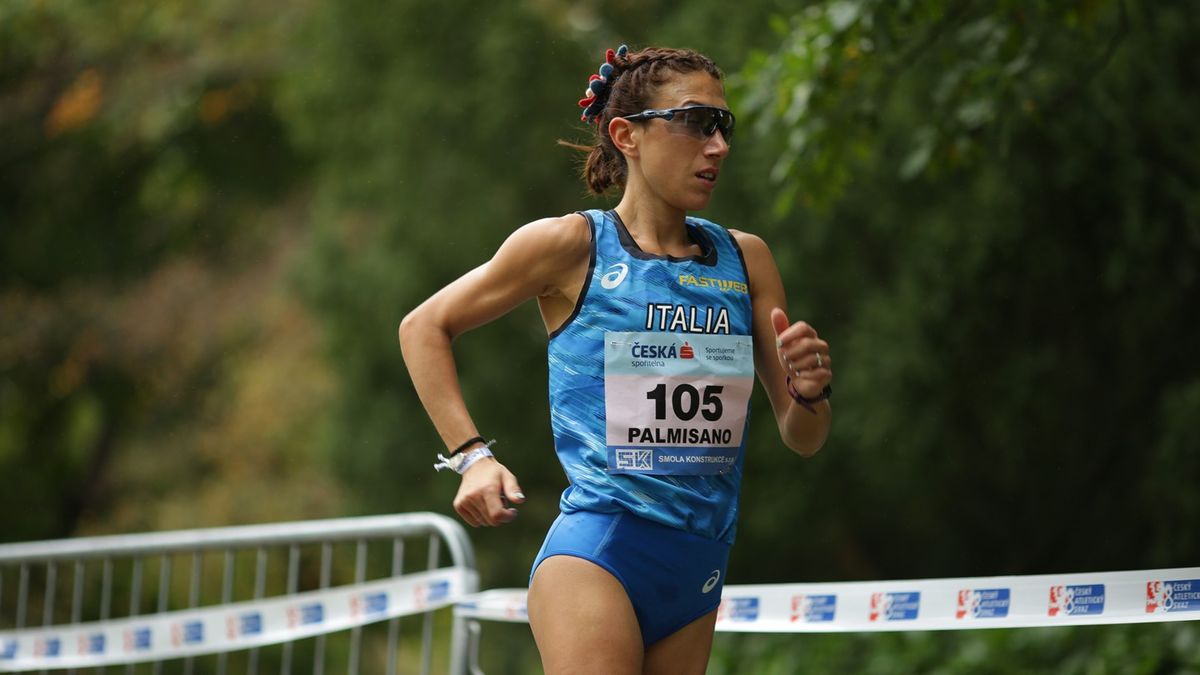 Palmisano wins in Podebrady in a European-leading 1:28:40

Contesting her first race at the distance since the World Athletics Championships in Doha last year, Italy's Antonella Palmisano made a winning comeback in the 20km race walk at the rescheduled 88th edition of the Podebrady Walking 2020, a European Athletics Race Walking Permit Meeting, on Saturday (10).

Palmisano crossed the finish-line in the Czech spa town in 1:28:40 to achieve the Olympic qualifying standard as well as her second notable win in Podebrady. Palmisano won the European Race Walking Cup at the same venue three years ago - a precursor to her bronze medal-winning performance at the 2017 World Championships.

Palmisano didn’t enjoy quite the same success last year but the 29-year-old is returning to form. In the build-up to this race, Palmisano set a world lead in the 5000m race walk of 21:00.0 last weekend and her winning time in Podebrady at her favoured distance was also a European leading mark.

“I was really happy to walk, I did it all with a smile, without nervousness or agitation. I handled it as I wanted - with ease in rhythm. Unfortunately, in Doha I did not have this state of mind that today I feel I have found again,” she said as reported by FIDAL.

Palmisano broke away from her rivals in the 17th kilometre and opened up a sizeable winning margin on Brazil’s world fourth placer Erica de Sena in 1:29:14. Ecuador’s Glenda Morejon completed the podium in third in 1:29:32 to become the third race walker to achieve the Olympic qualifying standard.

Former winner and two-time European medallist Anezka Drahotova had to settle for sixth in 1:33:59, one place behind teammate Tereza Durdiakova in 1:33:54 who was duly rewarded with the domestic title as the Czech Championships were held in conjunction with this competition.

In the men’s race, Sweden’s Perseus Karlstrom achieved his second significant win of the autumn. Three weeks after prevailing in Alytus, Karlstrom prevailed in Podebrady for the second time in 1:19:43 - just missing his season’s best of 1:19:34 and the European leading mark of 1:19:31.

Karlstrom pulled away in the last two kilometres to defeat Italy’s Matteo Giupponi in 1:19:58 with France’s Gabriel Bordier third in 1:20:19. The top three race walkers surpassed the Olympic qualifying standard of 1:21:00 and Giupponi and Bordier also left Podebrady with lifetime bests as well.