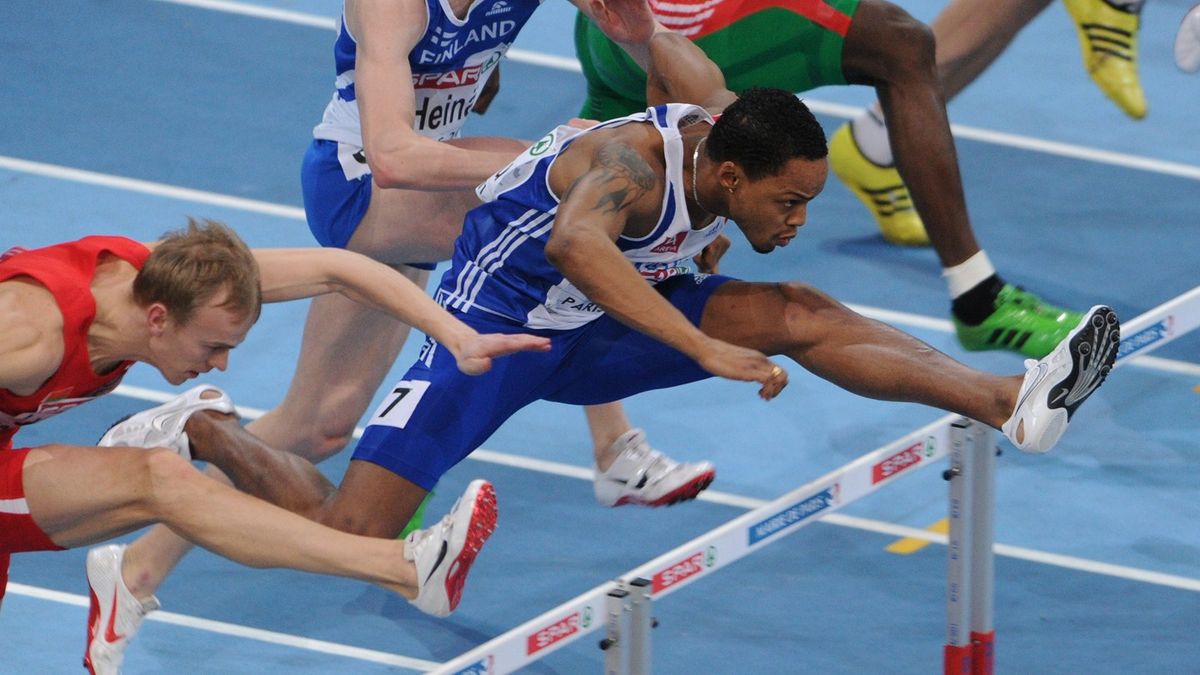 France’s Dimitri Bascou took his career to a new level on Saturday to show he could be the man to beat at the European Athletics Indoor Championships in Prague next month.

Bascou won the 60m hurdles in Mondeville in 7.51, lowering his world-leading time, and personal best, from 7.53, with another emphatic performance in a race which saw Great Britain’s Lawrence Clarke finish second in 7.59, the quickest he has ever run.

It has been some start to the year for Bascou, 27, who could be set for his first major medal if this speed is maintained, or even improved upon at this rate, by the time of the final in the 02 Arena.

And if that happens, he will put behind him the disappointment of last summer’s European Athletics Championships in Zurich where he won bronze but was then disqualified for a lane violation.

Bascou has really taken the winter by storm, with the four quickest times in the world, with two 7.53s - which had equalled his 2011 personal best - and a 7.54 before this performance at the weekend.

See Bascou's 7.53 performance at the Karlsruhe indoor meeting on 31 January.

Bulgaria’s Ivet Lalova, the 2010 European 100m champion, won the 60m in 7.26 on her path towards the European Athletics Indoor Championships which start on 6 March.

Renaud Lavillenie kept up his sizzling start to the year by taking his pole vault world lead to 6.01m in Nevers.

The Frenchman even tried for a world record of 6.17m and though he missed out on breaking his own mark of 6.16m set 12 months, he was more than happy with his night’s work in the final meeting of the Perche Elite Tour.

His brother Valentin was second in a personal best of 5.80m and Renaud told L’Equipe: 'It was a rather successful evening. I missed the record but I made some nice attempts.'

The pole vault is really heating up this winner as in Potsdam, Piotr Lisek beat Polish teammate Robert Sobera on countback as both men cleared 5.80m, the latter equaling his personal best.

Anita Hinriksdottir set a new 800m European junior indoor record in 2:01.77 during the Iceland national championships in the new Indoor Arena in Hafnarfjordur.

Germany’s Christian Blum matched his personal best of 6.56 and in the process beat Britain’s world indoor champion Richard Kilty - second in 6.57 - with a fine display in the 60m in Chemnitz.

At the same meeting, Pavel Maslak, who will be defending his European 400m crown in the 02 Arena in front of his home crowd, ran 45.82 to beat Poland’s Rafal Omelko, second in 46.68.

In the Czech Republic itself, Russia’s Mariya Kuchina beat Poland’s Kamila Licwinko, the woman she shared world high jump gold with in Sopot, at the 23rd Beskydska latka in Trinec.

Kuchina cleared 1.98m at the third attempt as Licwinko failed, finishing with a best of 1.95m, with Croatia’s Ana Simic producing an indoor personal best of the same height for third on countback.

In Ancona, Federica Del Buono, who was fifth in the 1500m at the European Championships in Zurich, broke the Italian under-23 record as she won in 4:08.87.

There are 84 meetings across Europe this week, with full details at www.european-athletics.org/calendar