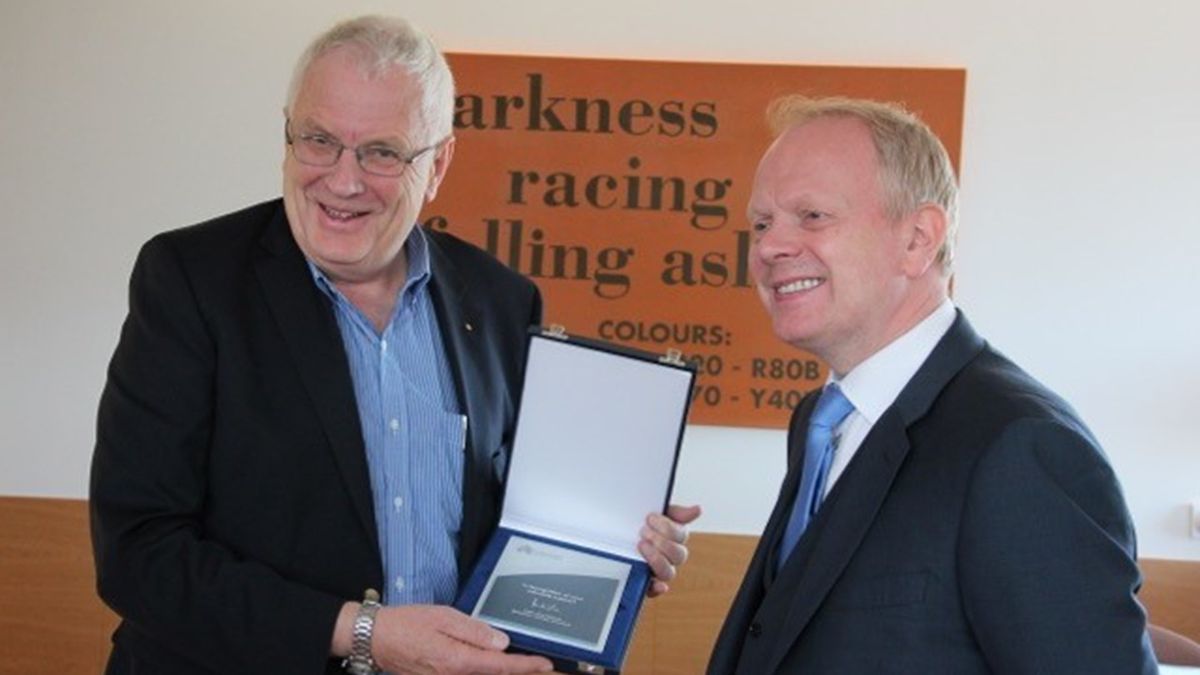 President Hansen attends Games of the Small States of Europe

European Athletics President Svein Arne Hansen has been present at the 16th Games of the Small States of Europe in Reykjavik this week, to follow the athletics programme and to meet with the Icelandic Minister of Education, Culture and Sports, Illugi Gunnarsson.

During their meeting, also attended by Einar Vilhjalmsson, President of the Icelandic Athletics Federation, Hansen and Gunnarsson discussed the need to support top athletes and athletics infrastructure in Iceland. President Hansen presented the Minister with a special European Athletics plaque ‘in recognition of valuable service’.

President Hansen said, “The organisation of the Small States Games has gone very well and I would like to congratulate the National Olympic and Sports Association of Iceland as well as the Icelandic Athletics Federation. I very much enjoyed watching these talented athletes compete with such enthusiasm.”

The President reiterated his commitment to supporting the Athletics Association of Small States of Europe.

“The Games are an important part of the development of the sports programmes in our smaller states in Europe. European Athletics will continue to help these smaller federations to make sure they remain healthy and competitive at the continental level.”

The Games of the Small States of Europe take place every two years, starting from the first Games which took place in San Marino in 1985.