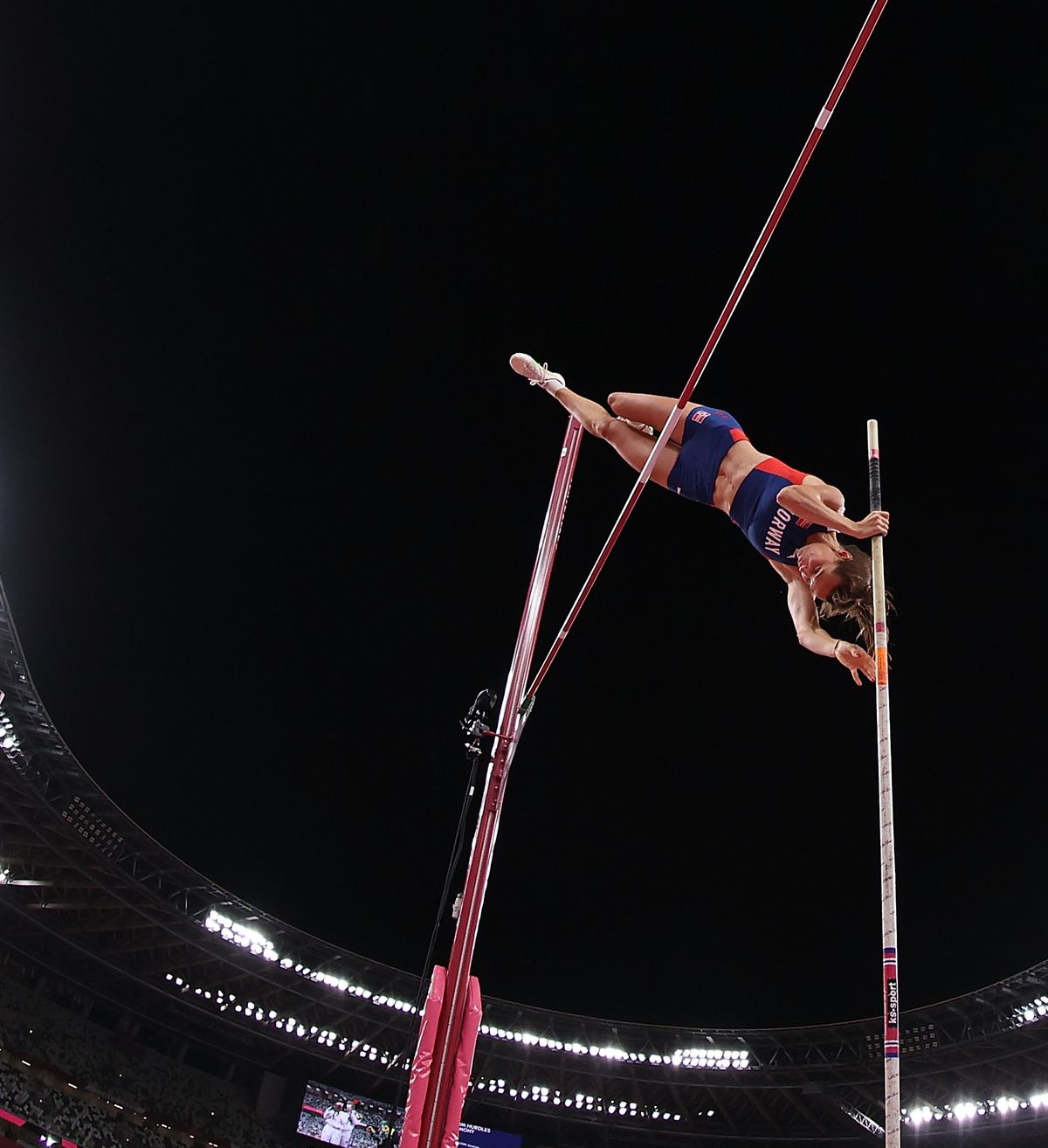 Retzius vaults to the top of the European list with 4.70m in Geneva

At the AtleticaGeneve on Saturday (11) afternoon, a World Athletics Continental Tour Bronze meeting, Retzius added another five centimetres to her Norwegian record with a third-time clearance at 4.70m.

This adds five centimetres to her previous national record and in the context of the upcoming European Athletics Championships in Munich, Retzius also tops the 2022 European outdoor list alongside France's Margot Chevrier who also cleared 4.70m on Sunday (12) and ahead of reigning two-time champion Ekaterini Stefanidi, Tina Sutej and Lisa Gunnarsson - all of whom have cleared 4.65m this year.

Retzius, who represented Norway at the Tokyo Olympics last summer, began the season with an outdoor lifetime best of 4.50m but she has added 20 centimetres to that mark in the space of three outdoor competitions in 2022: 4.52m in Grosseto, 4.65m in Prague and now 4.70m in Geneva.

"It's a bit surreal really. I felt that I entered a competition where it was difficult to top what I did last time. It is great fun to take the claim and jump 4.70m for the first time and to be up there with the best," Retzius told NRK after the competition.

On the comeback from an injury which forced her to miss the majority of the indoor season, European indoor 60m champion Ajla Del Ponte showed improved form with a marginally wind-aided 11.16 (2.4) in the 100m and was part of a Swiss 4x100m team that clocked 43.04 for the victory.

After a string of defeats to Kristjan Ceh in the Diamond League, reigning Olympic and European discus champion Daniel Stahl returned to winning ways on home soil at the Folksam Grand Prix in Sollentuna on Sunday (12), a World Athletics Continental Tour Bronze meeting.

After the competition, Stahl told Svensk Friidrott: “It was one of my best competitions. I have worked well with strength training and mentally but the technique has been a bit rusty. It is starting to drop now.”

On the track, Denmark’s Mette Graversgaard won the 100m hurdles in a marginally wind-aided 12.87 and Romania’s Claudia Bobocea won a high quality and competitive 1500m in 4:04.89 ahead of Mexico’s Laura Galvan (4:04.98) and reigning European indoor champion Elise Vanderelst third in 4:05.59.

Germany's Mika Sosna smashed the world U20 record in the 1.75kg discus at the SoleCup in Schonebeck on Friday (10) evening with a massive throw of 71.37m to improve the previous record of 70.13m set by Ukraine's Mykyta Nesterenko in 2008.

At the Polish Championships in Suwalki which concluded on Saturday (11), Ewa Swoboda won the 100m in a wind-assisted 10.99 (2.4) to become only the second Pole to break the 11 second-barrier in all conditions after Ewa Kasprzyk whose national record of 10.92 dates back to 1986.

But there was a national record for Damian Czykier who won the 110m hurdles in 13.25 while reigning European U23 champion Pia Skrzyszowska improved her lifetime best to 12.62 to eclipse the European lead by 0.01.

"When she saw Damian's record, I had shivers! Then I thought it would be nice to run fast today too. I am very happy that the form is stable. Today the result could have been a bit better if not for the mistakes at the beginning of the distance," she said.

In Sremska Mitrovica, Serbia on Saturday, world U20 champion Adriana Vilagos, 18, set a lifetime best of 62.76m in the javelin while three-time world indoor long jump champion Ivana Vuleta made a rare appearance in the triple jump, setting a lifetime best of 13.80m.

At the Turkish Super League in Bursa, Ersu Sasma cleared a national record of 5.80m in the pole vault and Tugba Danismaz also improved her Turkish record to 14.15m in the triple jump. Reigning European champion Ramil Guliyev clocked 20.62 in the 200m.

In Merzig, Germany on Saturday (11), Ben Broeders ameliorated his Belgian record to 5.85m at the traditional street meeting.