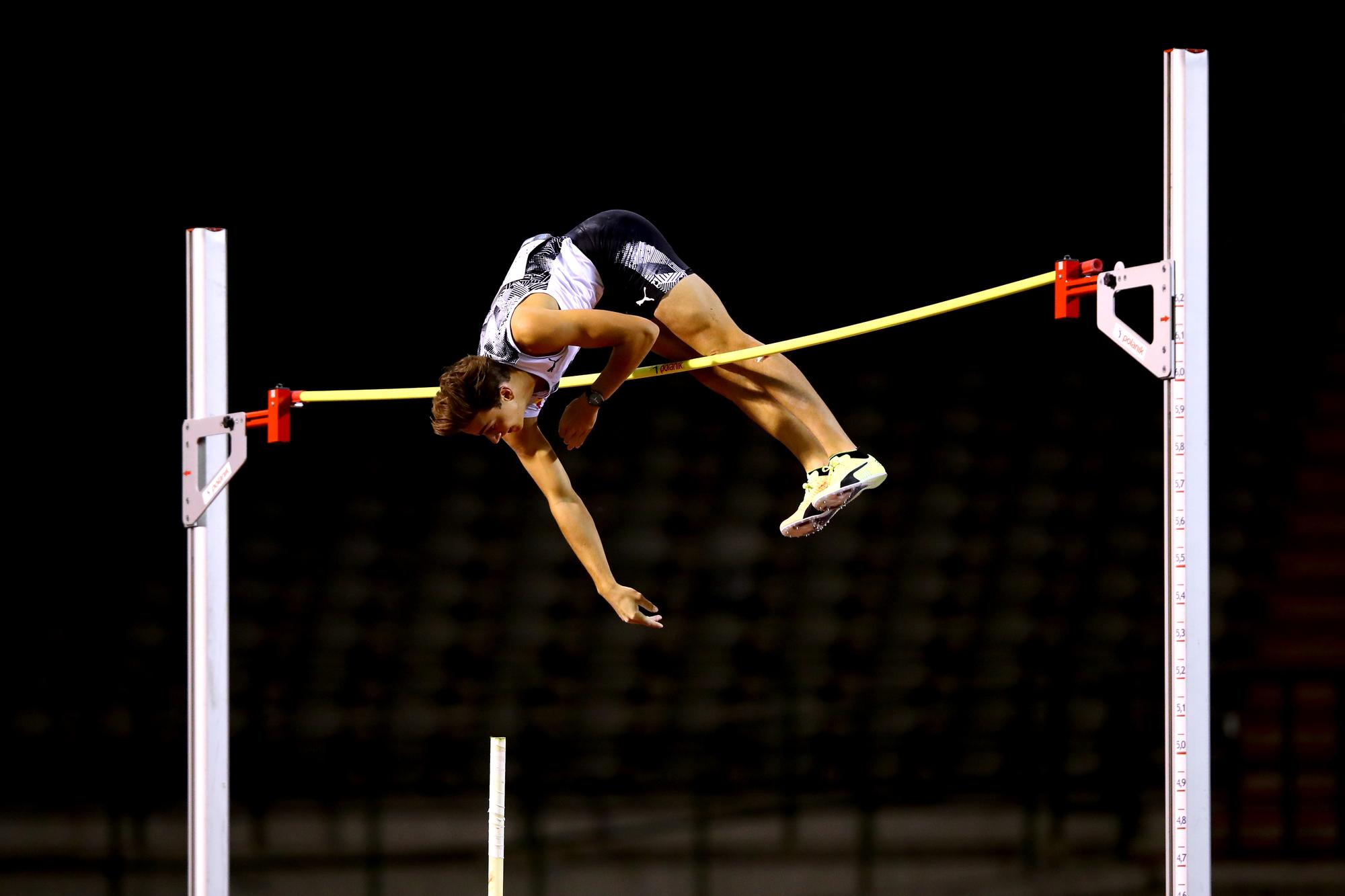 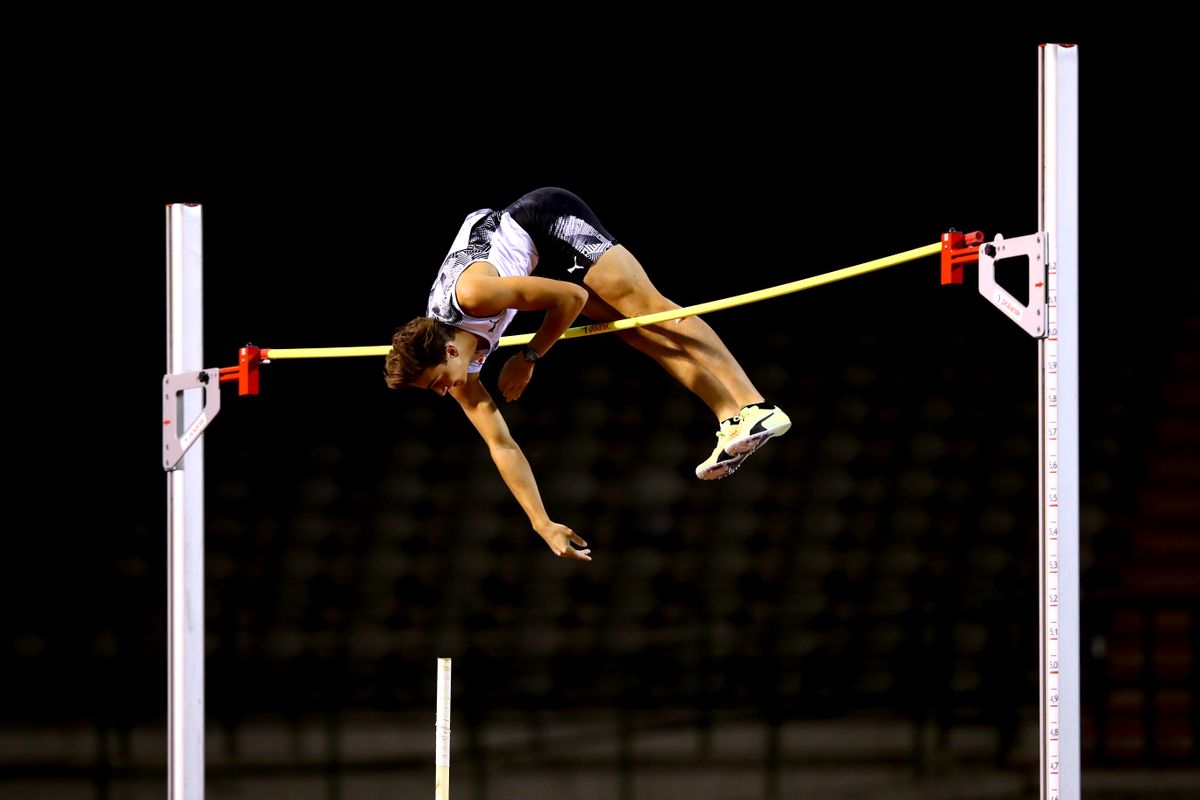 With no fewer than seven World Athletics Indoor Tour Silver or Bronze meetings taking place between Friday and Sunday, this weekend will be one of the busiest of the indoor season.

From Malaika Mihambo returning to the ISTAF Indoor in Berlin to the first clash of the season between Armand Duplantis and Renaud Lavillenie in Rouen, these are just some of the expected highlights of a jam-packed and exciting weekend of athletics.

Mihambo to headline the ISTAF Indoor in Berlin

Malaika Mihambo provided the highlight of last year’s ISTAF Indoor meeting in Berlin when she sailed out to an indoor lifetime best of 7.07m in the sixth round, the longest jump recorded either indoors or outdoors in 2020.

Now jumping off a full approach again, the German will be looking to repeat those distances in the build-up to the Olympic Games in Tokyo. Mihambo won in Dusseldorf on Sunday with 6.74m although she did have a marginal foul in the sixth round which would have threatened the seven metre-line.

But victory is by no means a guarantee for Mihambo on Friday (5) evening. She will face her long-time Ukrainian rival Maryna Bekh-Romanchuk who won silver behind Mihambo at the 2018 European and 2019 World Championships and handed the German her only defeat of 2020 at the outdoor equivalent of the meeting in the Olympic Stadium.

Duplantis versus Lavillenie: round one in Rouen

Armand Duplantis began his indoor season just as he did last year by winning in Dusseldorf and clearing a world lead of 6.01m. But enter stage left Renaud Lavillenie who continued his renaissance by regaining the world lead just a few hours later with a vintage first-time clearance at 6.02m in Tourcoing, his first time over six metres since 2016.

Duplantis and Lavillenie will cross paths for the first time this season at the Perche Elite Tour on Saturday (6) evening and then again at the Meeting Lievin on Tuesday. Two-time world outdoor champion Sam Kendricks from the United States is also part of the cast at both meetings as well.

The women’s competition in Rouen brings together the three medallists from the 2018 European Championships in Berlin - Greeks Ekaterini Stefanidi and Nikoleta Kiriakopoulou and Brit Holly Bradshaw, the winner in 2020 - as well as Canada’s Alysha Newman.

A third win in seven days for Tamberi?

Gianmarco Tamberi cleared a world lead of 2.32m in Ancona on Saturday and confirmed his shape by winning the prestigious Banska Bystrica high jump meeting with a 2.31m clearance on Tuesday evening.

The ebullient Italian was hoping to jump higher but the Hvězdy v Nehvizdech indoor meeting in Nehvizdy, Czech Republic on Friday (5) will offer Tamberi another opportunity to ameliorate his world lead on the road to his European indoor title defence in Toruń.

The best of Dutch in action in the 400m in Metz

Training partners Lieke Klaver and Femke Bol broke the Dutch indoor 400m record twice in Vienna on Saturday with 51.48 and 50.96 respectively. They were drawn in separate heats then but they could find themselves in the same race at the Meeting Metz Moselle Athletor on Saturday (6).

Not that it would be a straightforward head-to-head between the emerging Dutch duo. The line-up also includes European 400m hurdles champion and fellow training partner Lea Sprunger from Switzerland and European indoor and outdoor bronze medallist Lisanne de Witte who is making her comeback from injury.

Torun 2021 event ambassador Marcin Lewandowski is chasing his fourth successive European indoor title next month and the wily Polish veteran contests his first 1500m of the season in Metz on Saturday.

Fresh from opening his season with a 7:51.69 3000m in Torun, Lewandowski will face an intriguing field including former world indoor champion Ayanleh Souleiman from Djibouti and in-form Kenyan Bethwell Birgen.

Brit Elliot Giles moves up in distance after winning over 800m in Karlsruhe on Friday while Ethiopia’s world 5000m silver medallist Selemon Barega drops down in distance.

Home favourite Maicel Uibo was a late withdrawal from the International Indoor Combined Events meeting in Tallinn but a strong line-up assembled could still challenge the 6000 points-barrier, a score which would put any heptathlete in contention for a spot at the European Indoor Championships.

The event will be streamed live on the Estonian Athletic Association Facebook page here.

Kszczot faces strong opposition on his season's debut in Dortmund.

But the pre-competition favourite could be European indoor 800m silver medallist Jamie Webb from Great Britain who arrives fresh from victories in Vienna (1:46.95) and Ostrava (1:46.45) over the last week.