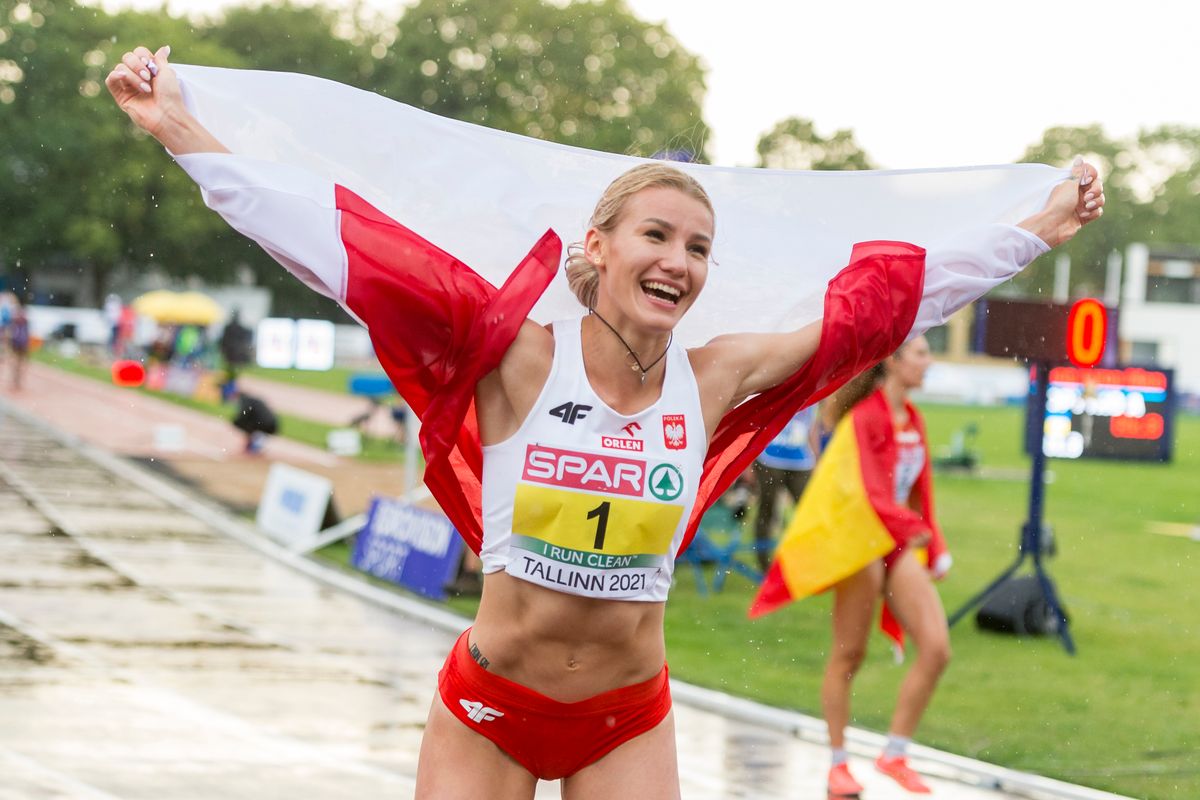 After struggling to hit the take-off board, Sulek was limited to a 6.03m performance in the long jump which blew her off championship record pace but the world U20 bronze medallist and overnight leader closed out her campaign with two strong performances in the afternoon to take her score in excess of the 6300 point-mark.

Sulek set a season’s best of 40.89m in the javelin before an extravagant final flourish in the 800m took her to the individual victory in 2:12.79 and more importantly the gold medal.

Her score of 6305 points has only been surpassed at this event by championship record-holder Aiga Grabuste from Latvia who scored 6396 points in 2009 and by Switzerland’s Caroline Agnou who won this title in 2017 with 6330 points.

“Only two weeks ago, I ended the cooperation with my coach and I came here alone with the help of some other Polish coaches. It was like a big test before Tokyo here. I do not know what is going to happen there but now I am confident I can do well," said Sulek.

Behind Sulek, Spain’s Claudia Conte overhauled Great Britain’s Holly Mills for the silver medal on the second day. A renowned second day performer, Conte pulled out a throw of 47.04m in the javelin to Mills’ 37.38m to leapfrog the Brit and that is how the medal positions stayed in the last event.

In a high quality competition, the top six finishers all broke the 6000 points-barrier despite the varying conditions across the two days and the seven events.

Tomorrow morning sees the decathletes take to the track with the 100m to begin proceedings at 10.00am local time.

The 100m titles were also decided at the conclusion of the second day of competition in the Estonian capital.

Jeremiah Azu pulled up injured and crumpled to the track when he was on course for 100m gold at the European U20 Championships in Boras two years ago but the Brit richly made amends with a confident piece of sprinting.

Azu dominated the final out of the blocks and he could even afford to gesture at the clock and showboat across the finish-line, winning in 10.25 ahead of reigning champion Henrik Larsson from Sweden in 10.36 on a damp track in the Kadriorg Stadium.

“I can't find the proper words. It has been so hard. It is a very emotional moment for me. It was so difficult to get back after the injury. I feel absolutely stunned,” said Azu after winning Great Britain’s first gold medal of the championships.

Germany’s Lilly Kaden set a lifetime best of 11.28 in the 100m semifinal and she produced a performance which was intrinsically even better in the final. Kaden was particularly strong in the last quarter of the race and she came away with the title in 11.36 into a 1.3 m/s headwind ahead of fellow semifinal winners Rani Rosius from Belgium (11.43) and Brit Kristal Awuah (11.44).

“It is like my dream came true,” said Kaden. “Everything went well today and I am so excited to win. The time is not important to me, the gold medal is the main thing. I think I deserve a nice small celebration today with some good dinner, cake, and then I will get ready for the relay.”