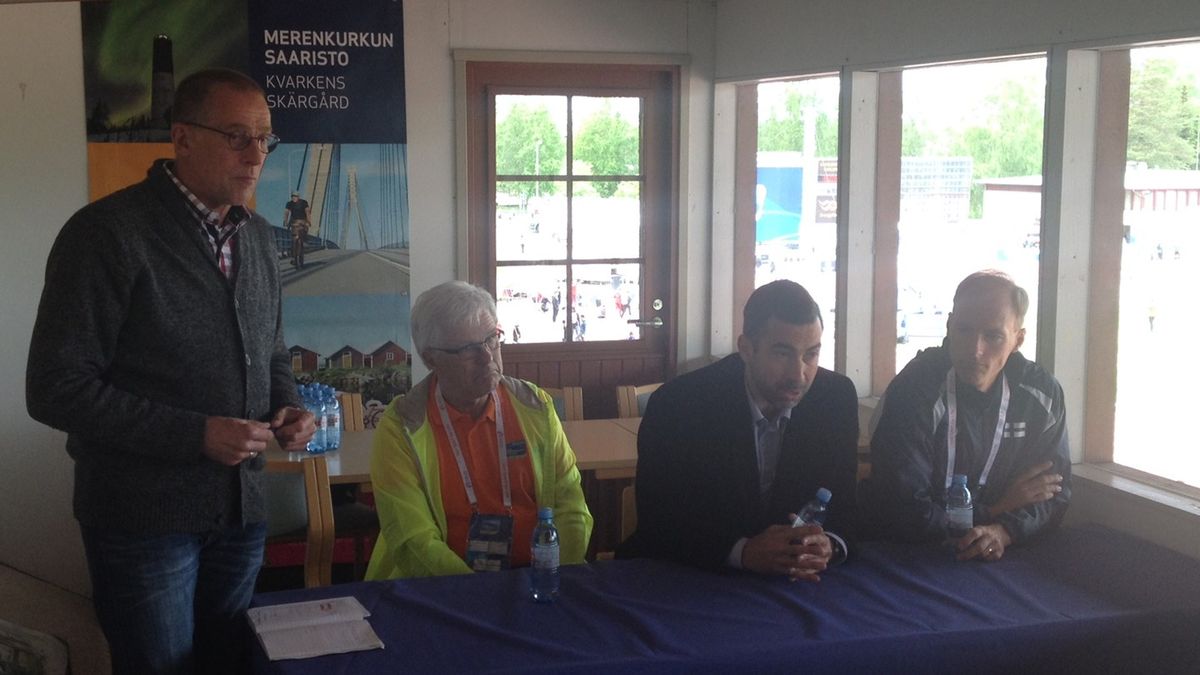 Team spirit will be on show in Vaasa

Each country competing at the European Athletics Team Championships First League in Vaasa, Finland will have their own goals and expectations but for the Scandinavian countries, there is a little more at stake over the next three days.

“All our neighbours are here in Vaasa, except for Russia,” said Lalle Broberg from the Local Organising Committee at the pre-event press conference. “We have a match within a match between the Nordic countries: everybody wants to be the best Nordic country, that’s for sure, aside from being the best country overall.”

It will be an intriguing subplot to the weekend’s action where promotion will particularly be on the minds of Norway, Sweden, as well as the host nation, who were all relegated from the Super League in Cheboksary two years ago. Home support will no doubt be a boon to Finland’s prospects in Vaasa but their neighbours will not go without support either.

“We also know there has been interest from all these countries and we will have an audience, especially from Norway and Sweden,” said Broberg.

Vaasa will be the northernmost host of the European Team Championships First League to date but the city noted for its university did stage the European Cup First League, the forerunner of the current event, in 2001 and 2007.

“It really is different compared to the European Cup,” said Broberg on the organisation required to stage the event in its current format. “Everything is much bigger - it was eight teams now twelve teams. Everything that has to be done in order to make this competition is also bigger in all respects.”

“It’s a tremendous sight when you look at over the track - this morning, it was cold, it was empty and many people had questions about how it would work and when you see hundreds of athletes across Europe coming to show up and start practicing and training, you really feel the whole stadium is coming alive.

“In football, I think we can say football is coming home when it returns back to England. For athletics, I’m certain we can say athletics is returning home when it’s coming back to Finland. That’s why we are really happy to be coming back here and I’m sure it will be a fantastic competition regardless of the weather.”

The Karl’s Stadium used to be Jans Wallin’s home track in his competitive days but he is still very much involved in athletics as a Council Member of the Finnish Federation.

“The event very important, it gives us a great challenge and a great meet at the beginning of the summer and it’s a good opportunity to show the rest of Europe how well we arrange competitions here.

“I’m very emotionally involved, I live just 500 metres from here and it’s my home track. It will be a fantastic meet,” he said.