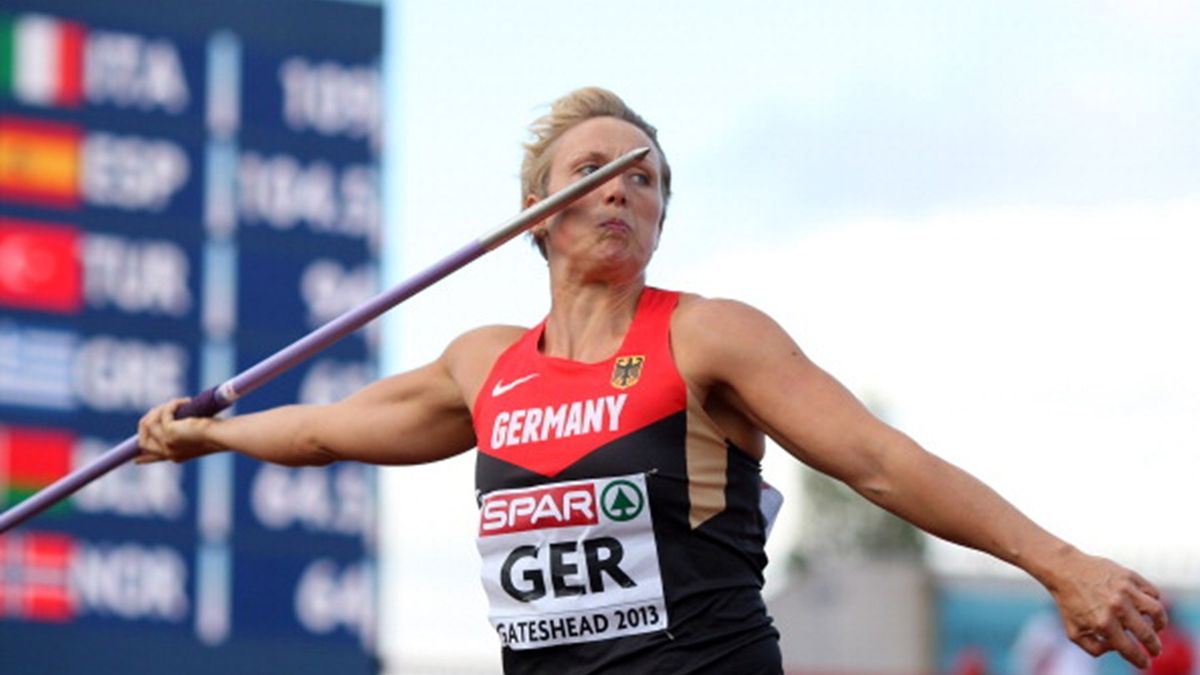 Ahead of next weekend’s European Athletics Team Championships, this is the second part of our fun A-Z look at the competition.

N is for…New (Emerging Talent)
After his superb win at the IAAF Diamond League meeting in Oslo on Thursday night, Great Britain’s new young 1500m star Jake Wightman will be looking to take the next step in his career as he runs over the same distance for his country in the Super League in Lille. The European Athletics Team Championships have become a platform for new talent to make its name.

O is for… Obergföll
Germany’s Christina Obergföll created quite a name for herself at the championships by winning the javelin on four successive occasions: Leiria (2009) – where she set the event record of 68.59m – Bergen (2010), Stockholm (2011) and Gateshead (2013) as well as in Cheboksary two years ago.

P is for… Pitkämäki
The Finnish javelin throwing titan won in Vaasa when the town staged the European Cup First League in 2007. A decade later he wears his national colours in the same venue. His win in the Super League two years ago wasn’t enough to stop Finland being relegated so he’s contesting the First League again.

Q is for… Quality
As each year has shown, the quality of the European Athletics Team Championships just grows, with 12 championship records broken in 2015. How many more will go at this edition?

R is for… Richard Ringer
On a memorable Sunday afternoon on home soil in Braunschweig three years ago, Germany’s Richard Ringer won the 3000m in a championship record of 7:50.99, his maximum points going a long way to his nation lifting the Super League title for the second time. The noise from the crowd when he sprinted home over the final few metres to triumph remains one of the most memorable moments in the history of the championships.

S is for… Schippers
One of the biggest names in track and field and a two-time former European Athlete of the Year, Dutch sprint star Dafne Schippers will be running in the 4x100m relay for the Netherlands in the Super League in Lille after helping them to promotion in 2015 when they finished third in the First League.

T is for… Tel Aviv
The city is the host of the Second League next weekend, where 12 nations will be battling for promotion and relegation. Host nation Israel got promoted two years ago after finishing third in the 2015 Third League.

U is for… Up
Promotion is the name of the games in the First, Second and Third Leagues. In the First League, the three Scandinavian nations – Finland, Norway and Sweden – were relegated from the Super League in 2015 and will want to regain their spot in the top echelon when the Polish city of Bydgoszcz stages the 2019 edition.

V is for... Vaasa
A city on the west coast of Finland, it stages the First League this year and the Karl’s Stadium will doubtless be packed with plenty of cheerful and exuberant local fans as the Finns have a reputation as one of the great athletics-loving nations and their country is among the favourites to fill the promotion slots.

W is for… Weekend
All four Leagues of the European Athletics Team Championships will be contested next weekend and this year, for the Super League and the First League, it is an extended weekend with their competitions starting on Friday.

X is for... X
The one letter no field event exponent wants to see show up on the scoreboard this weekend because a series of them might mean the minimum amount of points for a team in a competition where every point counts.

Also Maltese shot putter Lee Anne Xuereb Ungaro, the only athlete in any of the four Leagues with a family name beginning with an X!

Y is for…Yoann
In 2014 in Braunschweig, Frenchman Yoann Kowal set the championship record of 8:25.50 for the 3000m steeplechase, a prelude to winning the European title in Zurich later that summer. In Lille, he will be running the 3000m, without the barriers.

Z is for… Zauli
It was the vision of the late Italian athletics administrator Bruno Zauli which brought about the birth of the European Cup in 1965 which, in turn, became the European Athletics Team Championships in 2009.