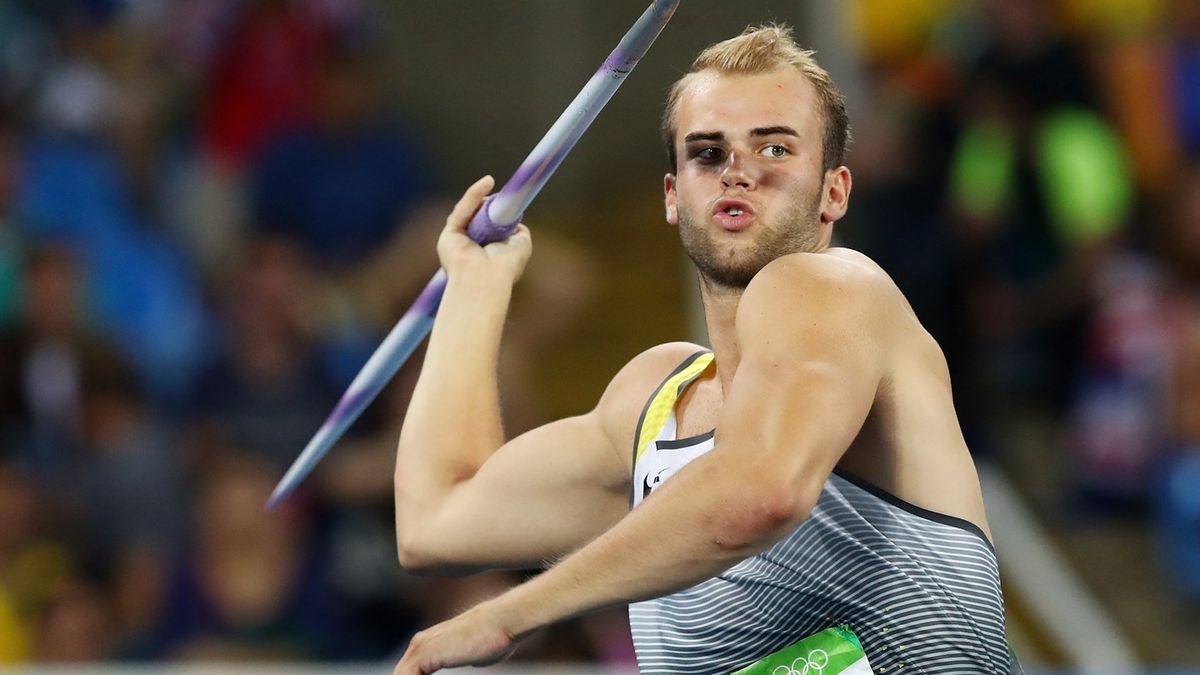 If Berlin on Saturday was the last appearance before retirement of Germany’s Christina Obergföll, it was the country’s men javelin throwers who really stole the show.

The outdoor season might be coming to an end but there is no lacking in performances from European athletes.

As German men took the top four places at the ISTAF meeting, the competition was won by Johannes Vetter as he threw a superb personal best of 89.57m, the second furthest by a European this year, ahead of Julian Weber, whose 88.29m was also a pb to put him third on the rankings.

Andreas Hofmann delivered a season’s best of 85.42m from Germany’s biggest star, the Olympic champion Thomas Röhler, who was fourth with 82.55m.

Röhler, who leads the European lists with his 91.28m from Turku in June, had a busy 24 hours because the day before he was victorious at the throwing meet in Thum where he won with 86.25m from teammate Lars Hamann (85.79m).

Obergföll, 35, was not overly concerned whether she would bow out with a win or not but the 2013 world champion had that one final triumph with a throw of 64.28m to beat Australian Kathryn Mitchell (62.20m) with Croatia’s Olympic champion Sara Kolak (59.67m) back in fourth.

And while Röhler was winning on Friday, so too in Thum was the Czech Republic’s shot putter Tomas Stanek who produced an outdoor personal best of 21.26m to defeat New Zealand’s Diamond Race winner Tomas Walsh (21.18m) and Germany’s triple European champion David Storl (20.80m).

Tampere was the venue for the annual Finnkampen where Sweden won both competitions against Finland, taking the men’s event by 210 to 200 points and the women’s by 213 to 197.

After finishing third in the Diamond Race, Sofie Skoog earned more points for Sweden when she won the high jump with 1.88m while Susanna Kallur equalled her season’s best to win the 100m in 11.53 and took the 100m hurdles in a fine 12.95.

The Netherlands’ Solomon Bockarie is having an excellent outdoor season and at the final Urban Memorial of the year in Anspachlaan on Sunday, his 20.48m was a European best for 200m run on the straight, as he beat Belgium brothers Jonathan Borlée (20.98) and Dylan Borlée (21.11).

Had a blast in Brussels today. I ran a 200m straight at Urban @MVDbrussels. Guess what.. I lowered the 'ER' to 20.48 pic.twitter.com/HoSPpqQ6CV

Fresh from winning the javelin’s Diamond Race in Lausanne on Thursday, Jakub Vadlejch, of the Czech Republic, threw 86.37m in Usti Nad Orlici on Sunday as the men of Dukla Praha and women of USK Praha were again crowned national team champions.

And in the square at Trani in Italy, Maryna Kylypko, of the Ukraine, broke the national record to win the pole vault with 4.65m.

The road season is also upon us, and there were good starts for Szymon Kulka (64.28) and Izabela Trzaskalska (72:44) who are the Polish half-marathon champions after winning in Pila and in Sarnen, Fabian Kuert (67:40) and Laura Hrebec (75:49) took the Swiss titles at the same distance.

There are 51 meetings across European this week, for more information go to www.european-athletics.org/calendar