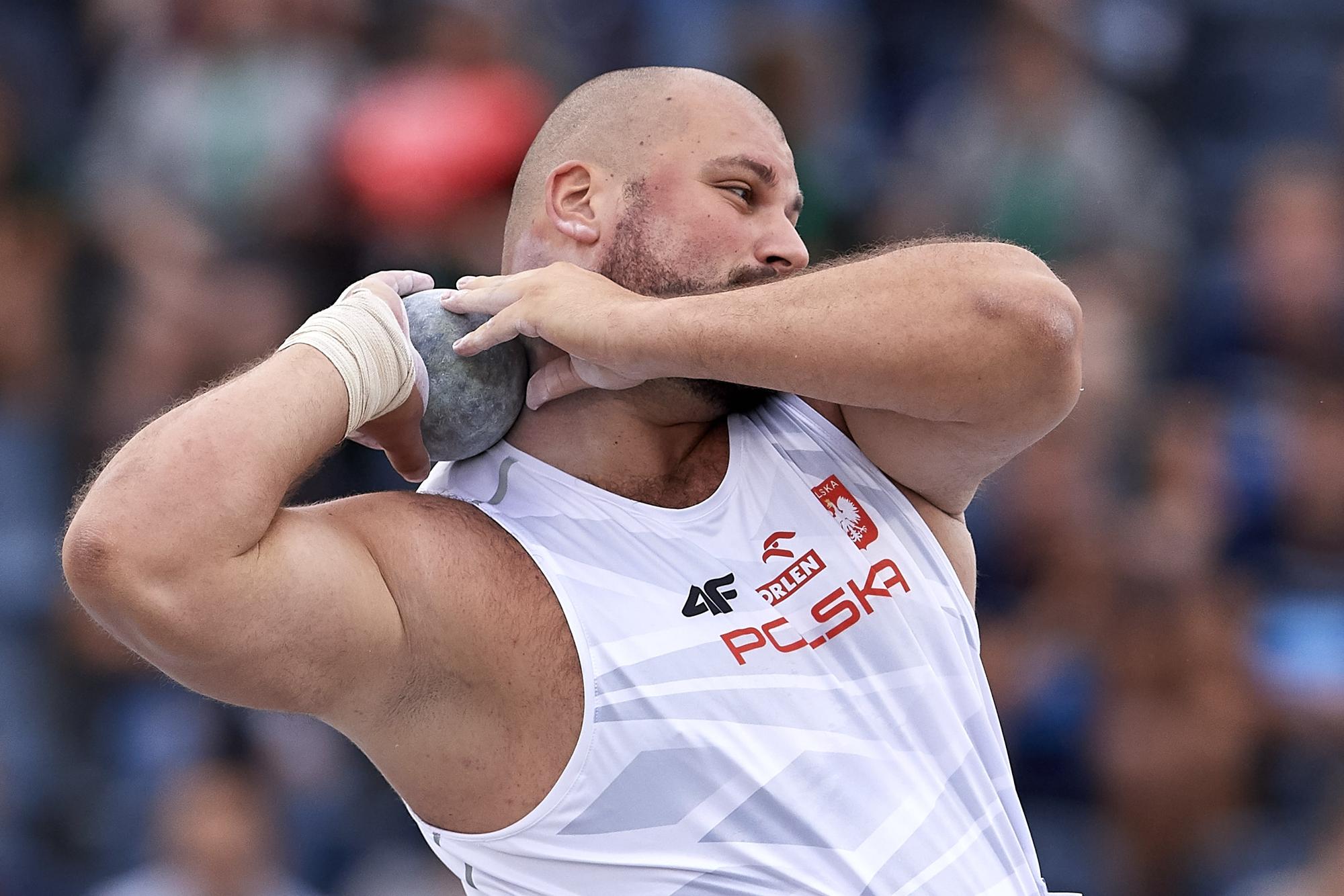 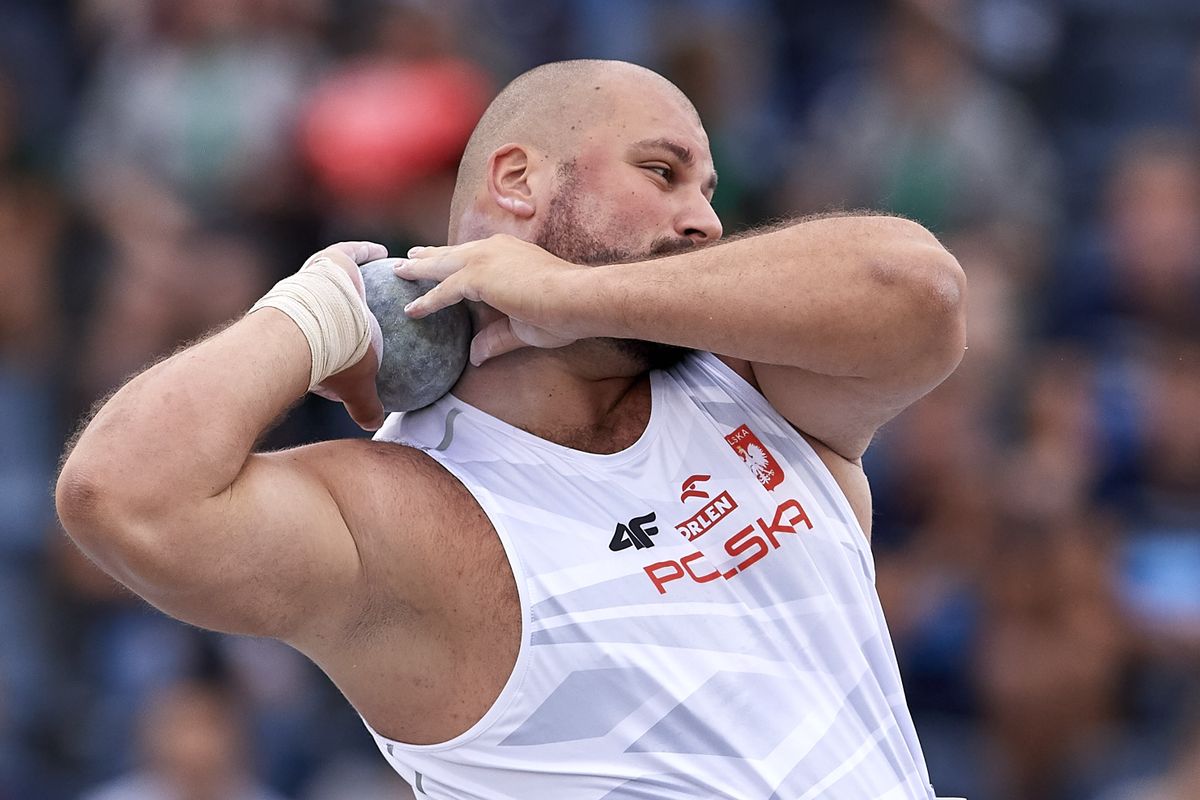 Michal Haratyk will be defending his European indoor shot put title on home soil in Torun next month and he laid down a significant marker ahead of his title defence at the Orlen Cup in Lodz, a World Athletics Indoor Tour Bronze meeting, on Friday (12) night.

All five of Haratyk’s valid throws would have won the competition with his best effort measured at an indoor lifetime best of 21.83m.

This mark easily assumed the European lead and moves him to second - albeit a very distant second - on the 2021 world list to world record-holder Ryan Crouser from the United States who has already extended the world record to 22.82m this year.

“I wasn't expecting such a far throw but everything turned out well,” said Haratyk, who is also the reigning European outdoor champion. “I don't feel like I've given my best. I still have plenty left in reserve.”

Haratyk registered three other 21 metre-plus throws - 21.09m, 21.22m and 21.50m - which would have all been sufficient to defeat Norway’s Marcus Thomsen with 20.51m. Haratyk’s teammate and predecessor as European indoor champion Konrad Bukowiecki took third with 20.32m.

Fellow reigning European indoor champion Ewa Swoboda opened her season on a winning note in the 60m in Lodz although she wasn’t wholly satisfied with her winning time of 7.22.

“I was hoping it would be faster,” said Swoboda whose next race will be at the Copernicus Cup in Torun on Wednesday evening. “I have been working hard since October and I hope it will pay off in the end.”

Italy’s Alessia Trost cleared a season’s best of 1.94m to win the high jump and her teammate Marcell Lamont Jacobs improved his lifetime best to 6.53 in the 60m to come within 0.02 of the Italian record. Jacobs was a very narrow runner-up to US veteran Mike Rodgers in 6.52.

There was also a significant performance in the pole vault for 16-year-old Belarusian pole vaulter Matvey Volkov who cleared an outright world U18 best of 5.60m on his third attempt, adding four centimetres to Sasha Zhoya's previous record of 5.56m.

Luxembourg’s Charles Grethen set an outright national record in the 1500m on Saturday (13) and he achieved this milestone on home soil at the CMCM Indoor Meeting in Kirchberg, Luxembourg a World Athletics Indoor Tour Bronze meeting.

Grethen’s better known compatriot Bob Bertemes also achieved victory on home soil in the shot put. Bertemes, who is a 22 metre-plus exponent at his very best, produced his very best throw in the sixth round with 20.65m to usurp Nick Ponzio from the United States who set the standard in the second round with 20.52m.

Reigning world indoor 60m hurdles champion Andrew Pozzi made a belated but fast start to his indoor campaign. He won the 60m hurdles in 7.57 ahead of his Italian training partner Paolo Dal Molin in 7.60.

European U20 champion Thomas Carmoy, 20, from Belgium also cleared a lifetime best of 2.28m on his first attempt in the high jump before three attempts at 2.30m.

Isaac Kimeli was a runaway winner in the 3000m on home soil at the IFAM Gent Indoor Meeting on Saturday (13), a World Athletics Indoor Tour Bronze meeting.

Kimeli set an indoor lifetime best of 7:44.17 to win by more than six seconds from Suldan Hassan from Sweden in 7:50.44.

Former European U20 champion Vladimir Aceti from Italy won the men’s 400m in 46.77 while Romania’s Andrea Miklos clocked 52.52 in the women’s 400m to win by more than one second from Camille Laus in 53.54. 19-year-old Zoe Sedney continued her breakthrough indoor campaign with a lifetime best of 8.04 in the 60m hurdles.

Pierre Ambroise Bosse from France also won a near-solo 600m in 1:16.61, the third fastest time in the world this year and the fastest time by a European this season.