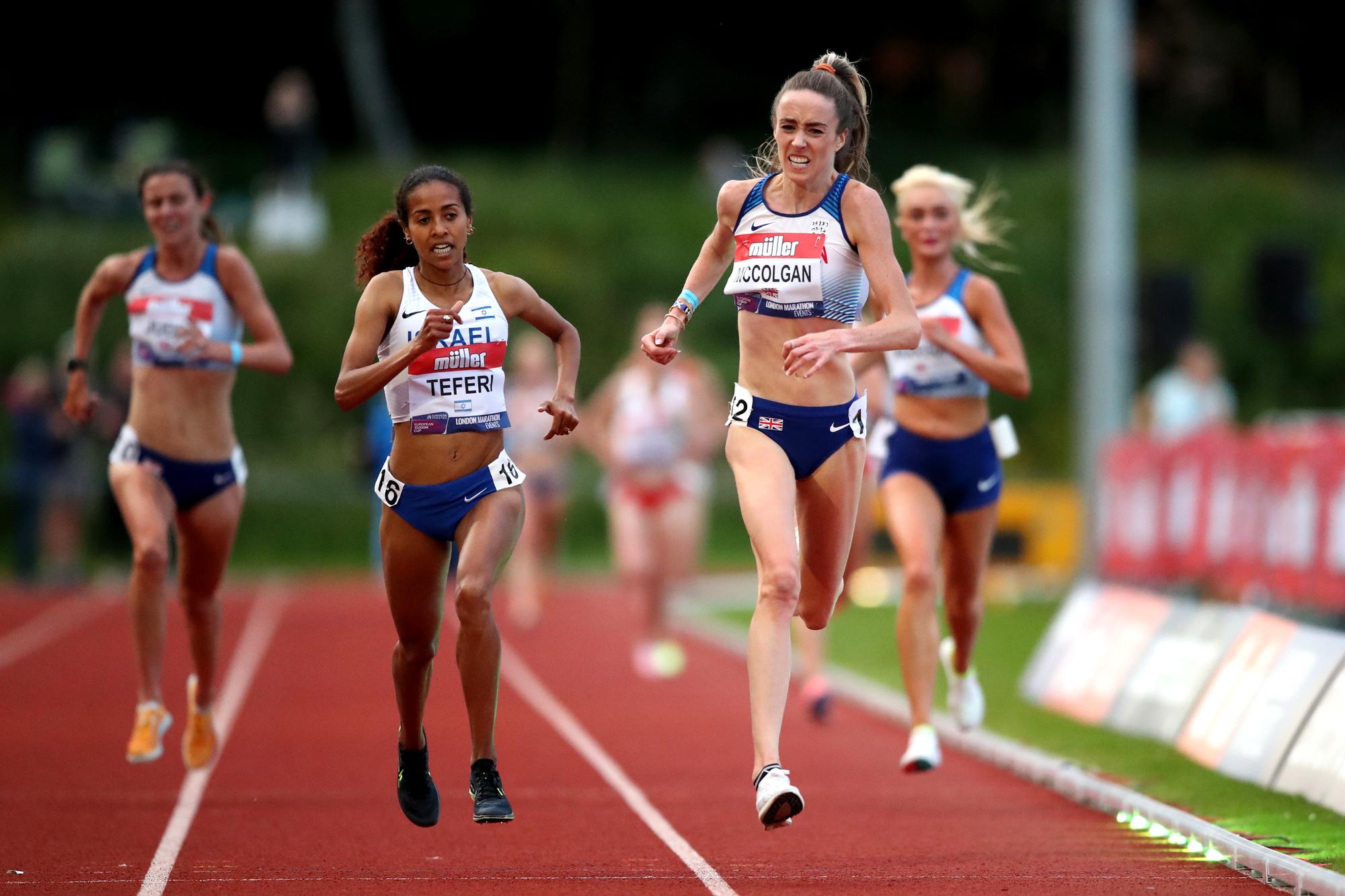 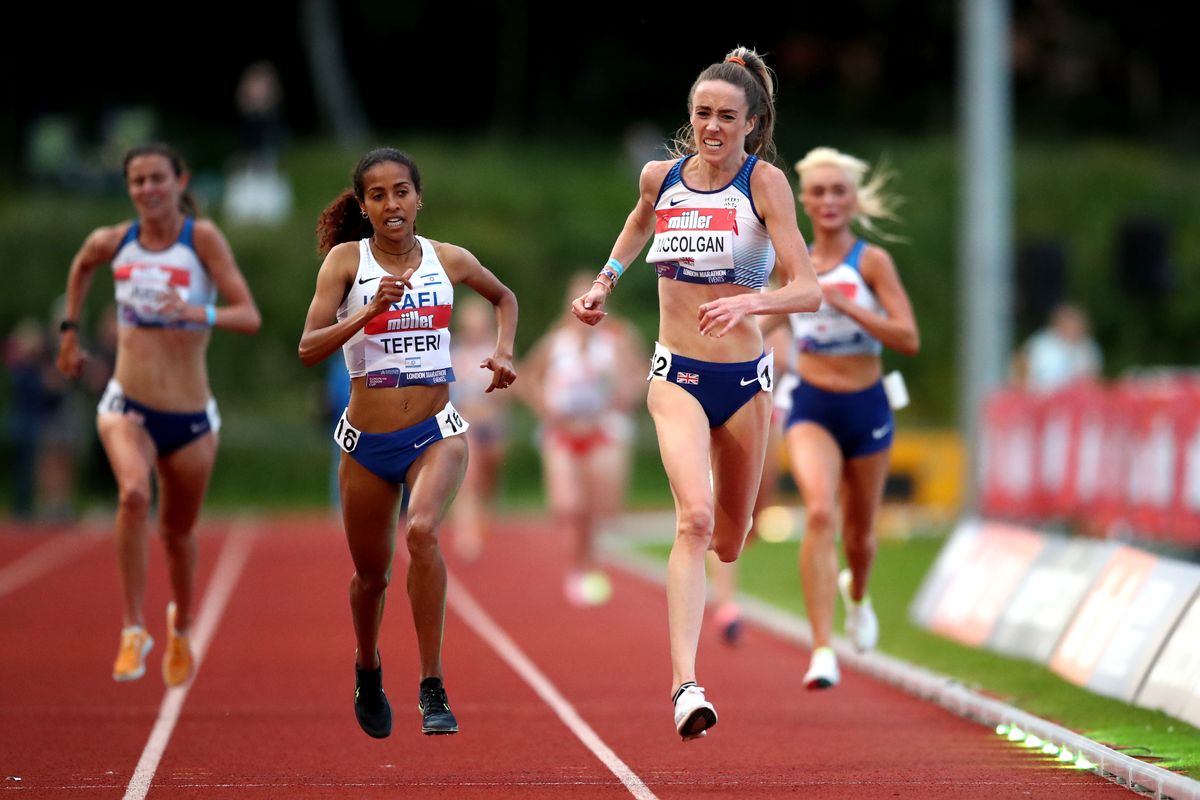 A thrilling late charge by European 5000m silver medallist Eilish McColgan propelled the British athlete to snatch a stunning victory at the European 10,000m Cup in Birmingham on Saturday (5).

Courtesy of a last lap of 64.23, McColgan hauled in long-time leader Selamawit Teferi just before the finish line after 25 laps of hard racing, despite the Israeli appearing to have an unassailable 15-second advantage with one kilometre to go.

Even with 600 metres to go, Teferi’s lead spanned across nearly all of the back straight, but McColgan, pushed by an injection of pace from compatriot Jessica Judd who was chasing the Olympic qualifying standard of 31:25, sprinted for home to clock 31:19.35. With European 3000m indoor bronze medallist Verity Ockenden in fourth in 31:34.70, Britain comfortably took the team gold medal that they have now won on five of the last six occasions.

The win was also especially sweet for McColgan, as she narrowly missed out the European title after a close battle with another Israeli rival, Lonah Chemtai Salpeter, at the last edition of the event in 2019.  "I'm honestly absolutely buzzing," she said. “To make that team, and to win the race as well, I couldn't have asked for anymore.

“I started in the steeplechase, moved to the 5K, and now I think I’ve found an event that I really love,” added the Scottish runner, who will go to a third Olympics in the same city where her mother Liz won world 10,000m gold 30 years ago.

European indoor 3000m champion Amy-Eloise Markovc had been following her teammates closely but couldn’t stay with the pace and slipped back to fifth towards the end in 32:04.38, while Albania’s 2016 European steeplechase silver medallist Luiza Gega held her form well to finish with a lifetime best and national record of 32:16.25, albeit nearly a minute back from the leaders.

Italy’s team silver came thanks to fifteenth-placed Giovanna Epis finishing as their fastest athlete with 33:02:23, but was aided by an excellent showing in the Women’s B race, which saw two Italians finish in the top four behind Czech winner Teresa Hrochova. This was in spite of Italian champion Martina Merlo dropping out mid-race.

Anna Arnaudo and Rebecca Lonedo ran the show at the front for long spells, with Hrochova and Angelika Mach of Poland looking dangerous behind as they came through the 7000m split with 23:19.86 on the clock.

Arnaudo, 20, performed bravely - but appeared somewhat reluctant to be the one controlling the pace as it increased to 3:15 for the penultimate kilometre, now with only Hrochova for company.

The athlete who made her 10,000m track debut by running 33:53.78 at the Czech Championships in April, had asked for 33:30 pace going into the race and seemed determined to follow up the form that saw her run an Olympic qualifying time of 2:29:06 on her marathon debut in Austria two weeks ago.

Powering into first position on the back straight, Hrochova unleashed a brilliant kick as part of a 68-second last lap that gave the young Italian Arnaudo little chance to respond. She came home 2.7 seconds behind the winner’s 33:00.00 exact clocking.

Mach’s third place helped Poland take bronze in the team standings, with their fastest time coming from Izabela Paszkiewicz, who was eleventh in the A Race. 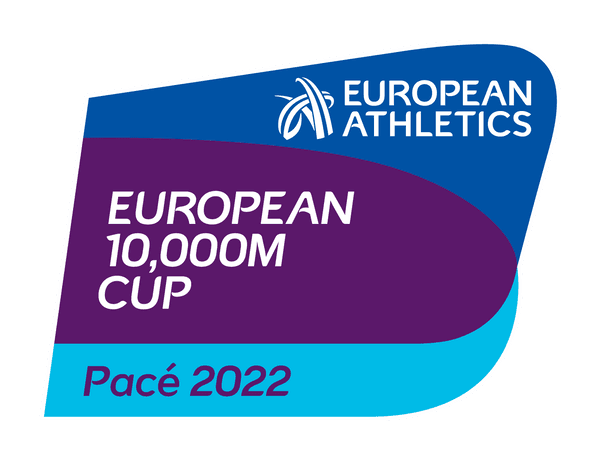