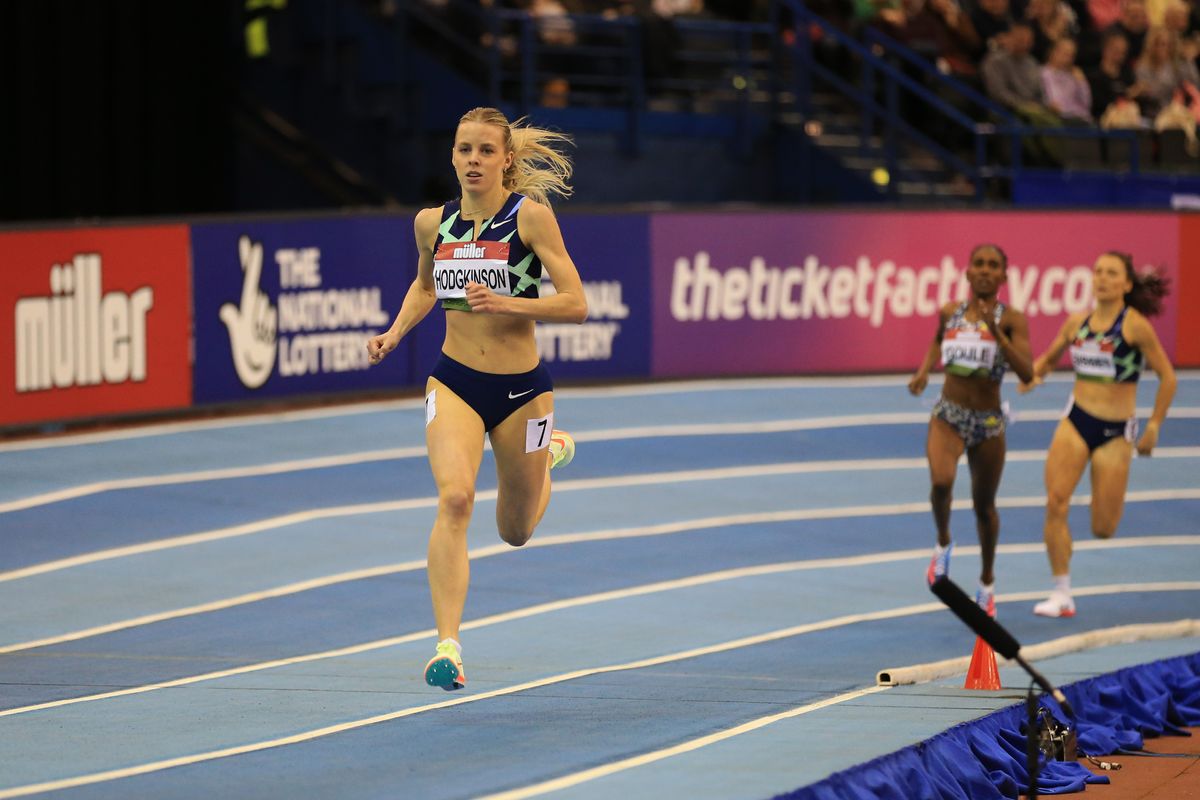 Still only 19, Great Britain’s Keely Hodgkinson made a sensational season’s debut at the Muller Indoor Grand Prix in Birmingham on Saturday (19) by running the fastest ever indoor 800m in twenty years.

In her first race on British soil since winning Olympic silver in Tokyo, Hodgkinson followed the very experienced Polish pacemaker Aneta Lemiesz through 400m in 58.58. There was already a gap back to her rivals and Hodgkinson looked in complete control as the pacemaker moved aside.

The early pace put Hodgkinson on course to revise the previous world lead of 1:58.46 but with a lactic-defying last lap of 28.8, the teenager achieved not only this but some other significant milestones as she crossed the line in 1:57.20.

Hodgkinson’s time smashed the previous British indoor record of 1:57.91 set by Jemma Reekie in 2020 and it moves her up to fifth on the European indoor all-time list which is still headed by Jolanda Ceplak’s world indoor record of 1:55.82. Interestingly, that mark was set on the same day Hodgkinson was born.

"I think all four of the major championships is possible. My body I think will be able to but it comes down to the emotional and mental energy going from one to another," she said.

Armand Duplantis upped his world lead in the pole vault with a third-time clearance at 6.05m.

Naturally, the Olympic and European champion raised the bar to a world record height of 6.19m. Once again Duplantis came exceptionally close to rewriting the record books on his third attempt but the Swede brushed the crossbar on the way down much to his frustration and the anguish of the crowd who started to celebrate the near-world record feat.

"I've got mixed emotions. 6.05m is a good jump and result but I really wanted that 6.19m. I have expectations of myself and I know there are good conditions indoors so I can break the world record, I want it so badly," said Duplantis. Reigning European U20 champion Ed Faulds finished third in the 400m but the 19-year-old shattered the European indoor U20 record with his time of 46.16 despite being drawn in the unfavourable second lane.

Faulds took half-a-second off the previous mark held by Spain’s Bernat Erta and his time was also even faster than the unratified time of 46.39 which East Germany’s Thomas Schonlebe - who still holds the European outdoor record of 44.33 - ran back in 1984.

The race was won by Kahmari Montgomery from the United States in 45.72 with Olympic 400m finalist Liemarvin Bonevacia from the Netherlands just holding off Faulds for second in 46.08.