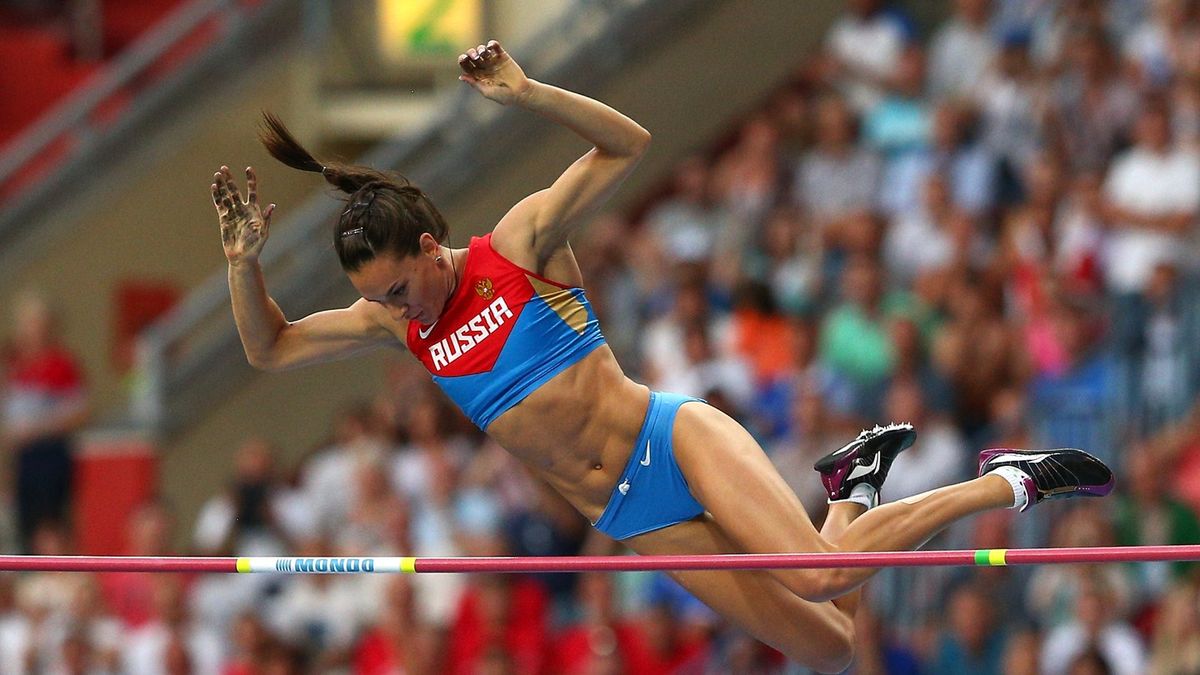 Yelena Isinbayeva has her sights set on a spectacular farewell to her record-breaking career.

The Russian pole vaulter has not competed on the major stage since 2013, the year she won the world title in front of her home fans in Moscow, having taken a break from the sport for the birth of her daughter Eva last June.

But she is now counting down to the end of her career at the Olympic Games in Rio de Janeiro next year and wants to leave with an even greater legacy than she has created.

'I want to include my name in athletics history for a long time,' said Isinbayeva, speaking to Bolshoy Sport magazine. 'We’ll strive for the next world record if we decide to prepare purposefully for Rio.

Isinbayeva, 32, was the European champion in Gothenburg 2006, a year after winning the European Athletics indoor title in Madrid.

But it was in 2003 when she first started making her mark on the international scene, where she has broken records indoors and outdoors on an amazing 30 occasions.

Her indoor best is 5.01m from Stockholm in 2012 - which has since been overtaken by American Jennifer Suhr with 5.02m (the only other woman to break 5m, indoors or out) - while her outdoor best of 5.06m from Zurich in 2009 remains untouchable.

Breaking five metres was seen as the big landmark for the event, with Isinbayeva achieving that in London in 2005, but she is determined to go out with an even bigger bang as she eyes up 5.10m - or beyond.