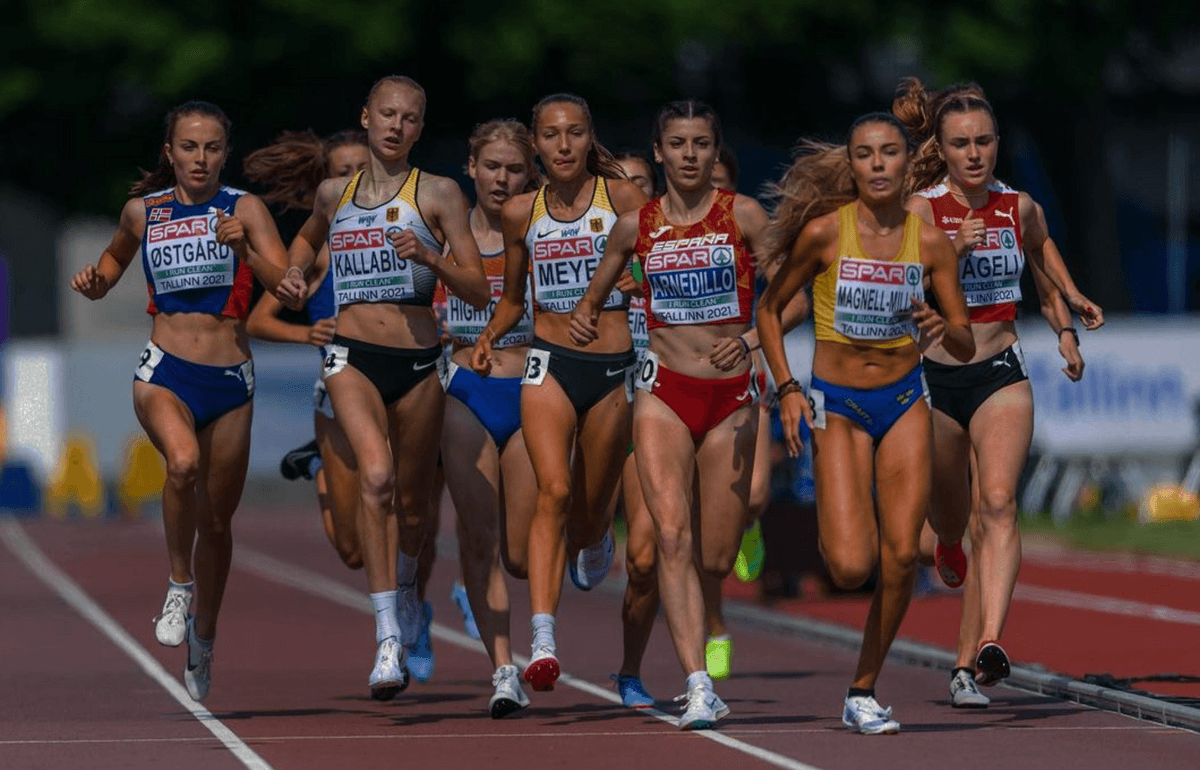 Jolanda Kallabis has been breaking all sorts of domestic records in recent years and now the up-and-coming German runner, who hails from Freiburg, is looking to make an impact internationally at the Jerusalem 2022 European Athletics U18 Championships from 4-7 July.

While most competitors will be new to this level of competition, Kallabis has some international experience to draw upon. At 16, Kallabis donned the German vest in the 1500m at the European Athletics U20 Championships in Tallinn last summer where she acquitted herself well, missing out on a place in the final by just one position.

But while Kallabis went to Tallinn mainly for the learning experience, the German will be heading to Jerusalem with clear ambitions: to win a medal.

“The European U18 Championships were canceled last year. That's why I competed in the European U20 Championship. Since the competitors were three years older, I was eliminated in the 1500m heats. I want to go to the final this year. Internationally I'm well-placed, I want a medal,” stated Kallabis.

Kallabis is ranked first in Europe at U18 level in the 1500m by more than three seconds with her recently set lifetime best of 4:14.08 but she will be focusing solely on her primary event - the 2000m steeplechase - in Jerusalem next week.

Kallabis leads both the European and world U18 list in that event with 6:23.82 and if she was to prevail, she would emulate her father Damian who won the 3000m steeplechase title at the European Athletics Championships in 1998.

Kallabis combines her high school studies with five hours of running each week along with yoga sessions and strength and conditions training in the gym. Alongside her hard work, Kallabis also credits her sporting genes for her success on the track.

"We always ask ourselves that too. Somehow it's also because of my parents. They were both good runners. My father Damian was even a European champion. I grew up on the sports track, I've been doing athletics all my life. My mother Nina is my trainer, she knows me well, that fits perfectly," said Kallabis.

Kallabis’ range of talents is considerable. Not only does she lead the U18 list in the 1500m and 2000m steeplechase, she is even ranked fifth in the 400m hurdles and could have plausibly challenged for a medal in Jerusalem in that event.

But it was over 800 metres this winter where Kallabis made the domestic headlines. Three weeks before her 17th birthday, Kallabis smashed one of the longest standing and seemingly untouchable German records, clocking 2:04.57 to break the German indoor U18 record which had stood to East Germany’s Hildegard Ullrich since 1976.

A few weeks later, Kallabis would go on to win the German indoor U20 title in the event, beating athletes up to three years her senior.

"In Erfurt I broke an indoor record in the 800m that was 46 years old. Then I became the German U20 champion in the 800m. The two are the strongest for me," said Kallabis on her proudest sporting achievements so far.

But even greater moments could follow in the days to come in the 2000m steeplechase in Jerusalem.