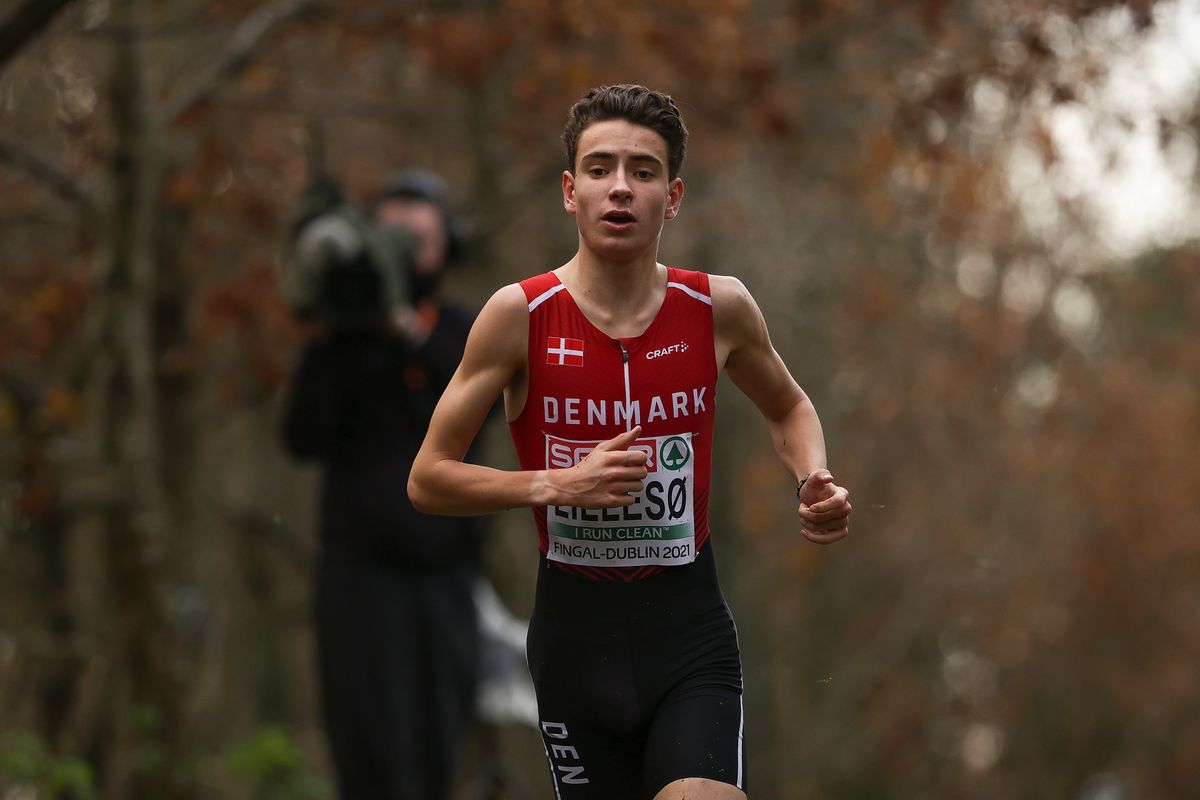 Reigning European U20 5000m champion Joel Ibler Lillesø from Denmark bettered one of Jakob Ingebrigtsen’s many European U20 records in Sollentuna, Sweden on Saturday (29) afternoon.

Only 18, Lillesø shaved three seconds off Ingebrigtsen’s European indoor U20 3000m record with a 7:48.34 clocking to erase the Norwegian’s previous record of 7:51.20 which was set in the heats at the 2019 European Athletics Indoor Championships in Glasgow.

Lillesø was ably paced in the early laps by world class 1500m runner Kalle Berglund before embarking on a tough last six laps single-handedly. His winning time was a qualifier for the World Indoor Championships in Belgrade and also puts the national senior record of 7:44.76 into view.

Lillesø is part of an emerging group of Scandinavian distance runners who are following Ingebrigtsen through the age-group ranks. After winning U20 5000m gold in Tallinn, Lillesø won individual bronze in the U20 race at the SPAR European Cross Country Championships behind Danish teammate Axel Vang Christensen and Norway’s Abdullahi Rabi to ensure a Scandinavian clean sweep.

Lillesø's next race will be on the roads in the Monaco 5km on 13 February.

And two more Danish records were broken in Randers on Sunday (30). Kojo Musah shattered the Danish indoor 60m record on home soil with 6.56 to move to second on the 2022 European list and Mathilde Kramer also revised the Danish record in the women’s 60m with a 7.31 clocking.

Maryna Bekh-Romanchuk might be known first and foremost as a long jumper but the reigning European indoor champion made a hugely promising senior debut in the triple jump at the Ukrainian Indoor Team Championships in Sumy.

Contesting the event for the first time in nine years, Bekh-Romanchuk bounded out to a European leading mark of 14.34m off an abbreviated approach as well. Her winning effort was also accompanied by four more jumps in excess of the 14 metre-line.

At the Top Perche Plus pole vault meeting in Nevers on Saturday, Menno Vloon from the Netherlands cleared 5.86m before three attempts at 6.02m which would have equalled Mondo Duplantis' world lead from Karlsruhe on Friday evening. Belarus' Iryna Zhuk won the women's competition with a 4.60m clearance ahead of former world champion Yarisley Silva from Cuba with 4.52m.

Ahead of the DNA International match in Glasgow on Saturday, Molly Scott equalled her Irish 60m record with 7.27 before breaking it outright with 7.23 in Athlone on Saturday while European U23 cross country silver medallist Darragh McElhinney won the 1500m in 3:42.89.