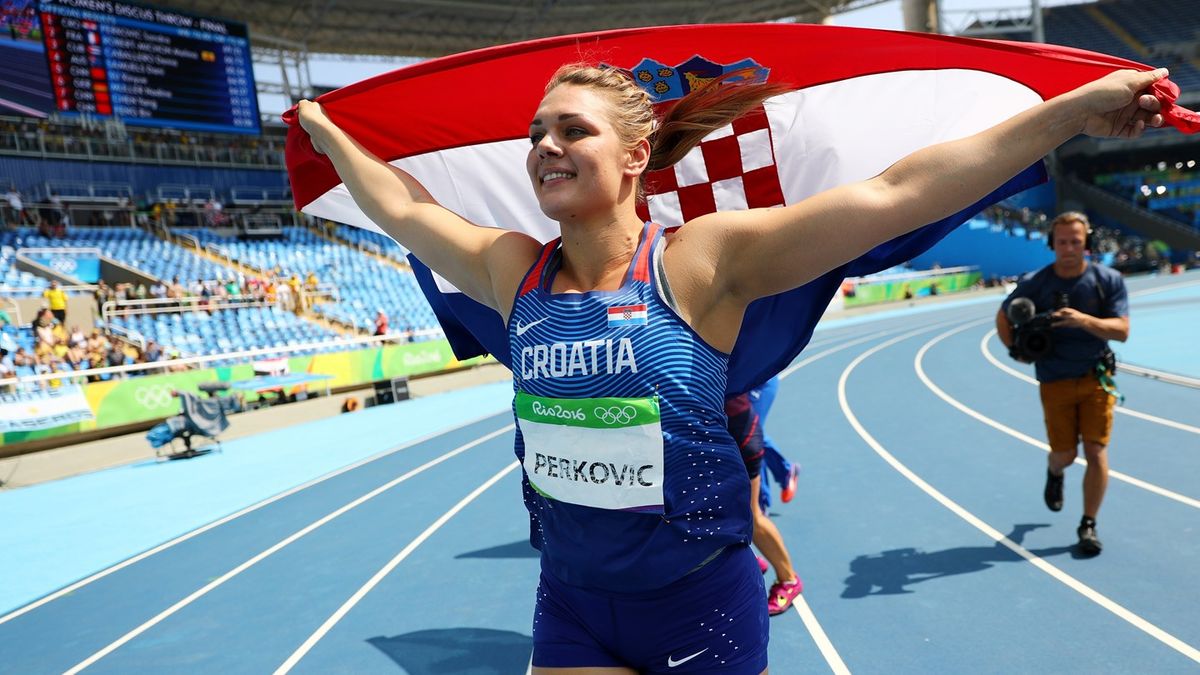 Having defended her European title for the fourth time in a row in Amsterdam last month, Croatia’s Sandra Perkovic is the Olympic discus champion again.

And what a way to win a gold medal.

Incredibly, Perkovic had five fouls out of six but one legal throw was all she needed. It came in the third round, where she reached 69.21m and that was enough.

France’s Melina Robert-Michon had led at that stage with 65.52m, a distance she took to a national record of 66.73m in the fifth round which confirmed her silver medal, with Cuba’s Denia Caballero in third (65.34m).

But as Perkovic said: 'I was angry with myself after the first throws. I said ‘Sandra, now or never’.'

Victory makes her the first woman, and only the second in history, to successfully defend this title since East Germany’s Evelin Jahl.

With a third round throw of 69.21m, Sandra Perkovic #CRO becomes the first thrower since 1980 to defend her Olympic discus title.

As expected, it was a thrilling final and while McLeod pulled away over the final two barriers, Ortega and Bascou were not far away as they maintained their brilliant season, with France’s Pascal Martinot-Lagarde (13.29) in fourth.

Earlier in the evening, Ukrainian high jumper Bohdan Bondarenko, the 2013 World champion and 2014 European champion, found himself back on the podium as he won bronze.

Canada’s Derek Drouin had six first time clearances as he set the standard, taking the bar up to 2.38m, which Bondarenko knocked off twice.

He passed on his third go, increasing the height to 2.40m, but it was not to be as he won his first Olympic medal, with Qatar’s Mutaz Essa Barshim in second with 2.36m.

Bondarenko had only two jumps before reaching 2.38m – going over first time at 2.25m and 2.33m – before passing at 2.36m in a competiton where his fellow Ukrainian Andriy Protsenko shared fourth on 2.33m with Great Britain’s Robbie Grabarz.

Spain’s European 200m champion Bruno Hortelano broke the national record as he reached the semi-finals with a superb 20.12 and after her brilliant pole vault success in Amsterdam, Greece’s Ekaterini Stefanidi qualified for the final in first with 4.60m, from Britain’s Holly Bradshaw and Germany’s Lisa Ryzih (both also on 4.60m).