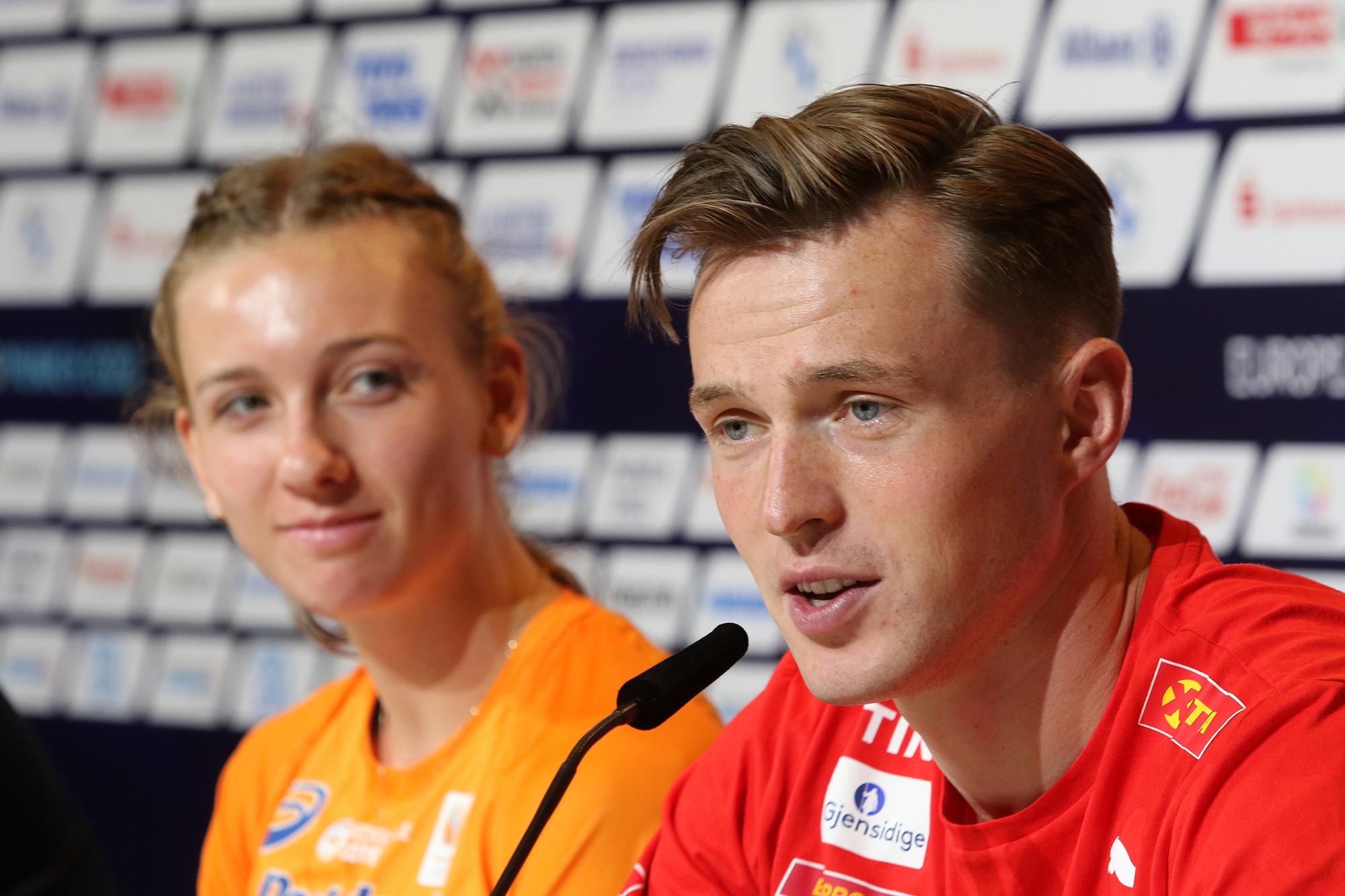 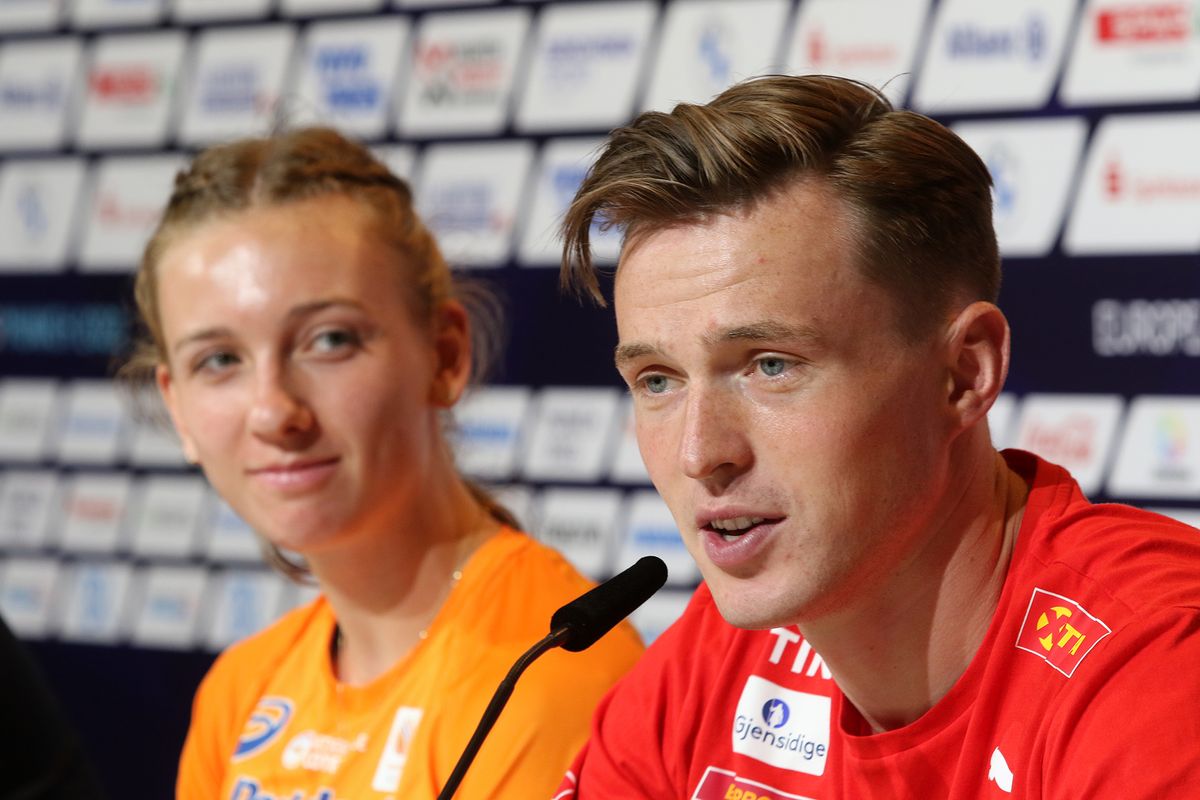 A pained expression temporarily flashed on to the face of Karsten Warholm when the Olympic 400m hurdles champion was asked whether he had any advice for Femke Bol as she prepared to embrace the challenge of the 400m flat and hurdles at the Munich 2022 European Athletics Championships from 15-21 August, part of the wider multi-sport European Championships.

“Don’t remind me!” exclaimed Warholm, casting his mind back to the last European Athletics Championships in Berlin four years ago at the press conference on the eve of the athletics programme in Munich.

Back in 2018, the great Norwegian attempted the same one lap double. He finished doubled up in a state of exhaustion, placing eighth in the 400m final after flying to an emphatic victory over the 400m hurdles in a European U23 record of 47.64.

"It’s the same double I attempted and I love that she’s doing it," Warholm continued, shifting from painful personal memory to moral support for the Dutch athlete sitting alongside him.

“I think she can pull it off. You need to be very fit, and she is right now. The schedule is very good, so that will help. I hope she can do it.”

Turning to Bol, he concluded: “I wish you good luck…You’re going to need it!”

Unlike Warholm, who is still on the way back to full fitness following the hamstring tear that rudely interrupted his season in June, the 22-year-old from Amersfoort is approaching her twin challenge in the form of her life.

Having smashed the world 300m hurdles best in Ostrava in May and taken world 400m hurdles silver in the wake of Sydney McLaughlin’s stunning 50.68 world record in Eugene last month, Bol broke through the 50 second-barrier for the 400m with a Dutch record of 49.75 in Chorzow on 6 August.

"I’m pretty excited," said Bol, who won the European indoor 400m title in Torun last year, before taking Olympic 400m hurdles bronze in Tokyo. "It’s quite a challenge, but I feel good so I can really push for it and try to do it. 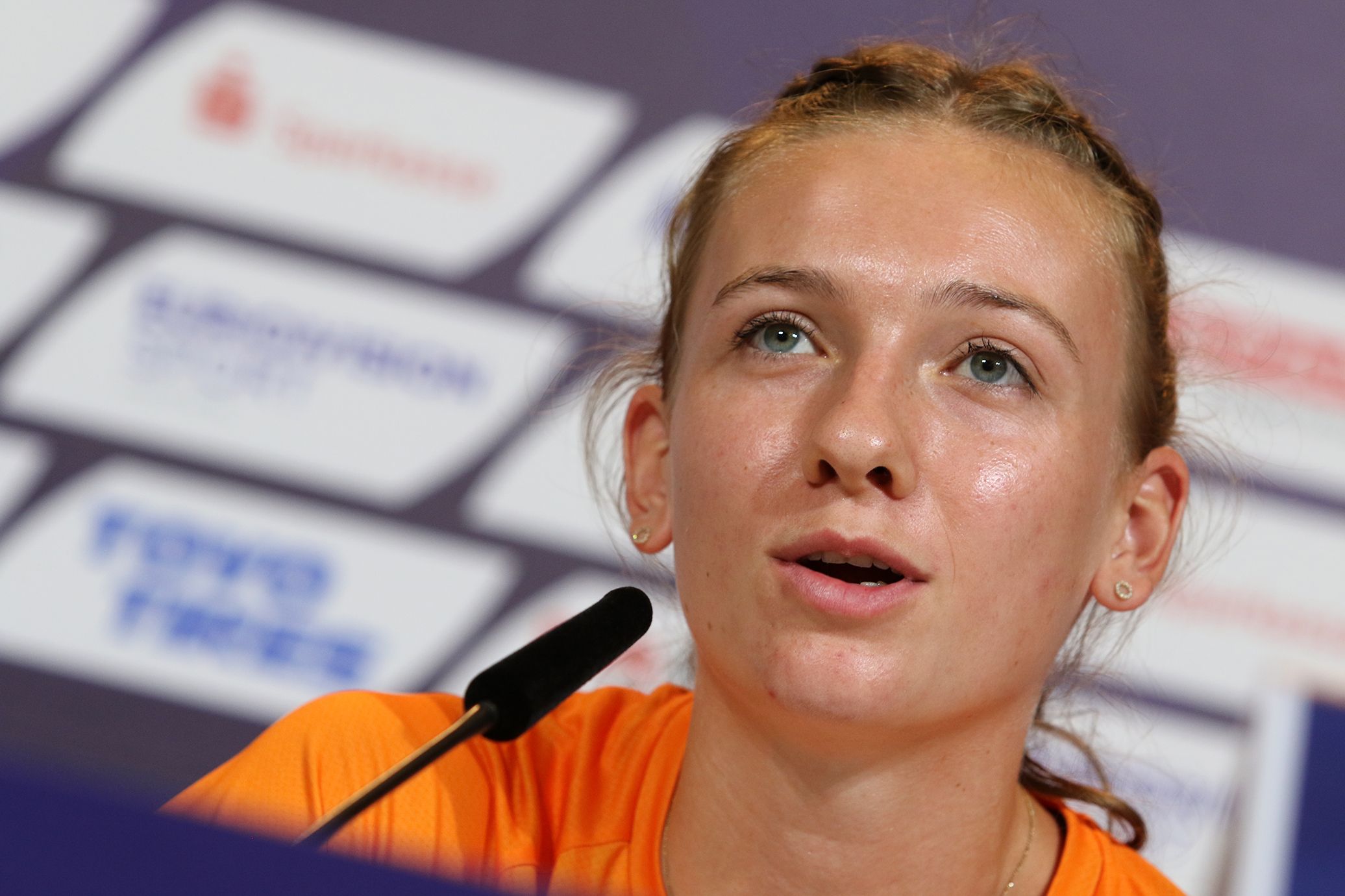 "I think the timetable will help, with the 400m flat first. It’s a closer event in terms of PBs and it’s a harder event for me at the moment.

"I’m used to the rhythm of the 400m hurdles, with the barriers to guide me. In the flat 400m I have to feel how I am going to run. Going out of my comfort zone to do that event first and then returning to the 400m hurdles is the best way round for me."

The semifinal and final of the 400m are scheduled for Tuesday and Wednesday respectively. Meanwhile, the 400m hurdles semifinals follow on Thursday and Friday before Bol turns her duties to the 4x400m relay in which the Netherlands has a strong chance of winning a medal.

Reigning champion Warholm back in full training after injury-ravaged season

Warholm has to wait until Thursday afternoon before tackling the semifinals of the 400m hurdles – the event he took to a new dimension with his 45.94 world record at the Tokyo Olympics twelve months ago.

It is a credit to the former multi-eventer that he managed to reach the final at the World Athletics Championships in Eugene, finishing seventh, after suffering his fateful hamstring tear while negotiating the first hurdle in his opening race of the season at the Rabat Diamond League meeting in June.

"It’s the law of nature," Warholm said, musing on the turn of his fate in 2022. “What goes up must come down. That’s where I’m at.  But I’m still hoping to bounce back.

"It’s been a tough journey this season but I’ve been getting in some good work since Eugene and I’m looking forward to running here. I would say my fitness is better now because I’ve been able to do some of the fitness training that I wasn’t able to do before Eugene.

"The season hasn’t gone the way that I planned, because of the injury, but I feel good about these championships. I will do everything I can to come home happy."

The 2021 European Athlete of the Year is certainly in a happier place than he was the last time he was in Munich, having travelled to the Bavarian capital for treatment and rehabilitation after suffering his injury.

“For a long time when I was here, getting to the World Championships was a 50-50 thing,” he confessed. “I didn’t know if I would be able to run there.

“All my training before Eugene was done here. I think the most I did was jogging at 5km an hour pace. Since then, I’ve actually been able to do the work that I used to do with no pain, so that’s good."

For that happy state of affairs, Warholm thanks the man known as ‘Healing Hans.’

"I’ve invited him here as my guest on Friday," said Warholm.

As the long-time doctor-cum-physiotherapist to the Bayern Munich and German national football squads, Muller-Wohlfahrt is more than familiar with the Olympiastadion.

Warholm is also relishing the prospect of competing for the first-time in the arena where Uganda’s John Akii-Bua blazed to a 47.82 world record in the 400m hurdles final at the 1972 Olympic Games.

“I’ve seen that race many times on YouTube,” he said. “There’s also an excellent documentary about John Akii-Bua.

“It was a special race and, coming here and seeing the stadium, it’s a very special venue. I’m really looking forward to running here.”

In Dutch sport, Munich’s Olympic Stadium holds mixed memories: as the venue where the great ‘totaalvoetbal’ side inspired by Johan Cruyff reached the 1974 football World Cup final - and were beaten 2-1 by the West German hosts.

For Bol, the historical inspiration will be attempting to follow in the footsteps of another all-time sporting great from the Netherlands.

At the 1950 European Championships in Brussels, Fanny Blankes-Koen attempted a hurdles and flat combination, winning the 100m, 200m and 80m hurdles, winning all three - and claiming a silver in the 4x100m relay for good measure.

"She is one of the greatest athletes in the Netherlands’ history, and we have our FBK Games in Hengelo named after her,” said Bol. 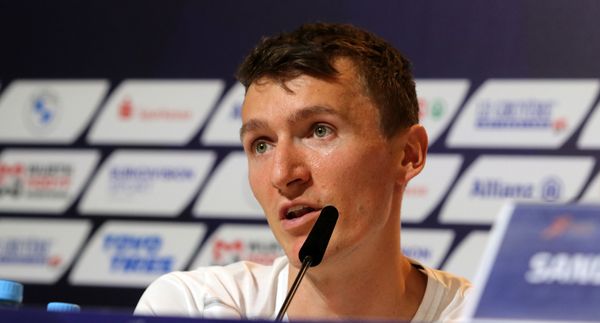 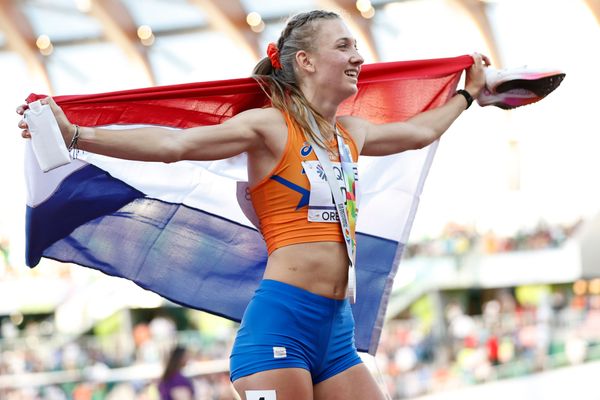