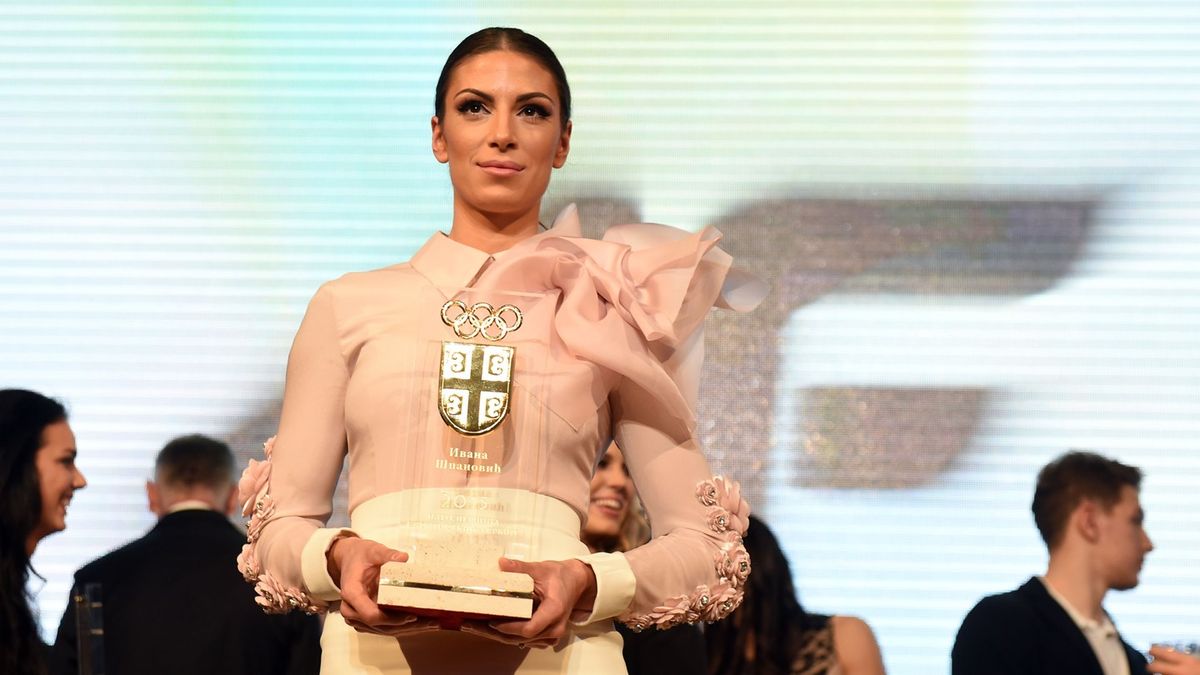 Words of delight filled the air from Belgrade to London as European Athletes were honoured at two prestigious events.

In Serbia, long jumper Ivana Spanovic was hailed as her country’s Sportswoman of the Year after a brilliant 2015. Tennis superstar Novak Djokovic won the male award.

Spanovic’s brilliant year began with her victory at the European Athletics Indoor Championships when she finally won gold after a silver and two bronzes at the major events.

With a third round effort of 6.98m, Spanovic’s long jump glory came with a national record.

But that was just the start of her history-making.

She took that form into the summer where she won bronze at the IAAF World Championships in Beijing with 7.01m - the first time she had broken the seven metre barrier.

She did it twice, in the first round to lead the competition and then again with her last jump, landing on 7.01m again. A month later in Zurich, she took the mark to 7.02m.

“I will be training hard, will be very dedicated and do my best to be in best shape and to fight for the podium in Rio. Serbia has not won a medal in athletics at the Olympics for a very long time so I hope to bring one back to my country,” Spanovic said.

In Britain, at the Sports Journalists’ Awards, Greg Rutherford was named Sportsman of the Year, Jessica Ennis-Hill was the Sportswoman of the Year and Dina Asher-Smith won the Outstanding Sporting Achievement title following their successes in Beijing last summer.

When long jumper Rutherford won gold at the IAAF World Championships in August with a leap of 8.41m, he became only the fifth British athlete to hold all four major titles at the same time, joining Linford Christie, Sally Gunnell, Jonathan Edwards and Daley Thompson.

His triumph came after his Olympic glory in 2012, and Commonwealth and European titles in 2014.

Rutherford is the first track and field athlete to win this trophy since 1998 and he beat Tour de France winner Chris Froome and F1 champion Lewis Hamilton in the voting.

Ennis-Hill came back from becoming a mum in 2014 to regain the world heptathlon title in Beijing where she scored 6669 points.

And as she tweeted, she never thought her return would reap such instant rewards.

It was not just about established performers receiving recognition as sprinter Asher-Smith’s glorious 12 months earned her more glory.

She won the SJA Pat Besford Award for outstanding performance of the year after a summer where she broke the 200m British record which Kathy Cook had held for 31 years.

As Dafne Schippers won in 21.63, Asher-Smith, who was 19 at the time in August, finished fifth in the final in 22.07 to become the fastest teenager in history at the 200m.

In March, in Prague, Asher-Smith had won silver behind Schippers in the 60m at the European Athletics Indoor Championships and in the summer, she broke the national 100m record with 10.99.