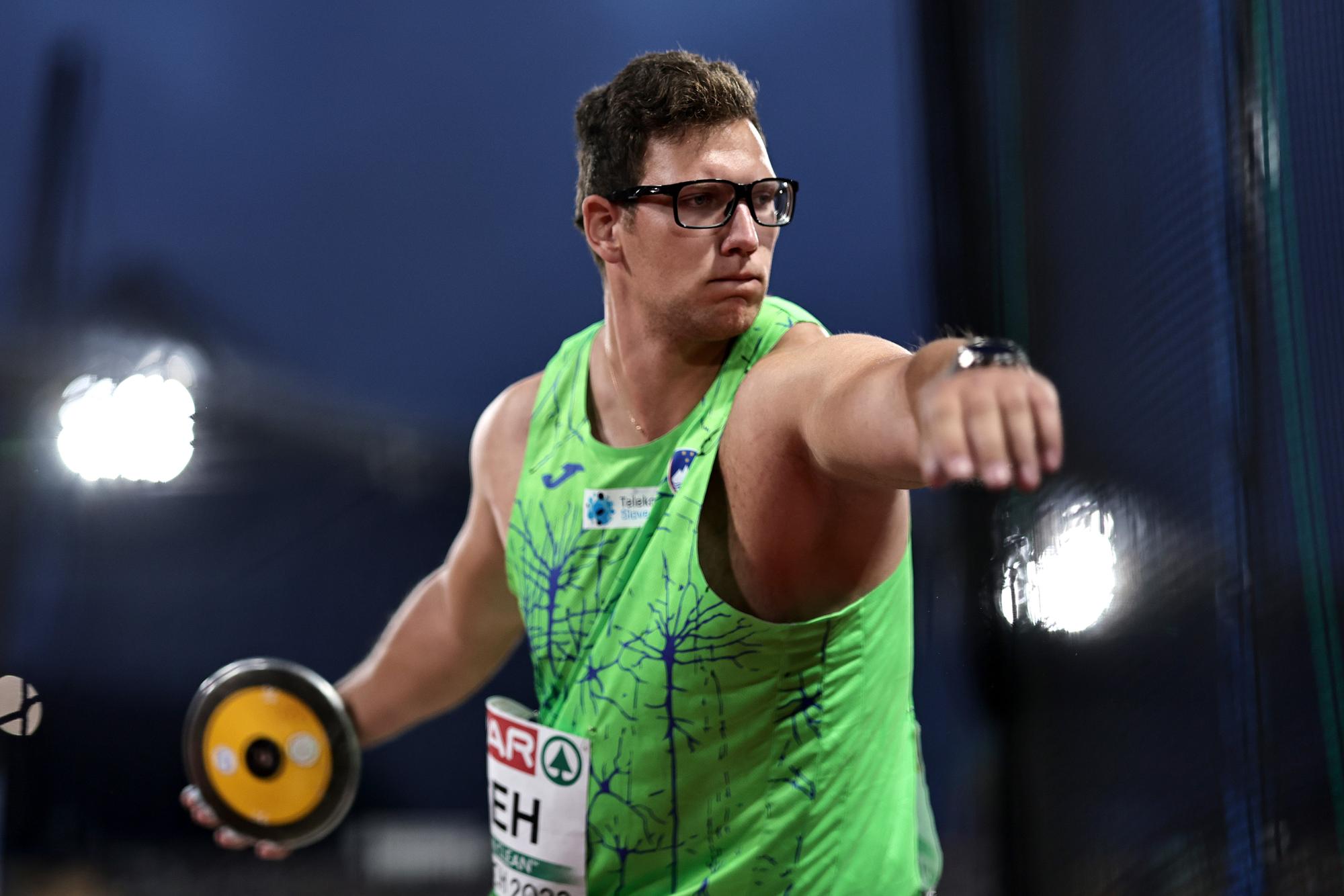 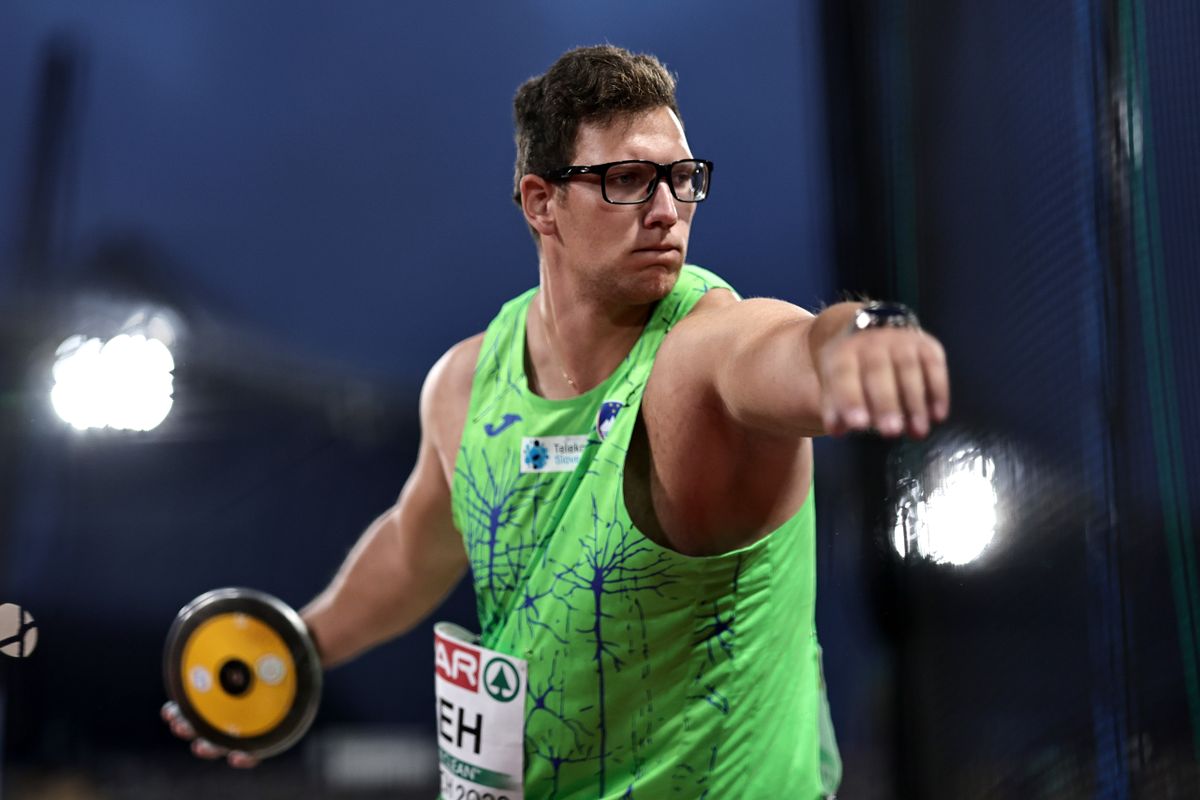 This time last year Kristjan Ceh was reflecting on a big step forward in his discus career.

Fifth-place at the Olympic Games in Tokyo, on the back of a win and championship records at the European Athletics U23 Championships in Tallinn was a notable advance for the young Slovenian. At his only previous major senior event, the World Athletics Championships in Doha in 2019, he had finished last in qualifying.

So it has been something of a giant leap that the imposing 6-foot-9 farm boy has taken in 2022. As he posted on Twitter on the day after his first senior continental final at the Munich 2022 European Athletics Championships: “World champion and European vice champion in the same year sounds really good.”

It was not a surprise to find Ceh showing such a keen sense of perspective in the aftermath of what must have come as something of a disappointment. Having claimed the world title in Eugene the previous month, acheived with a stunning series of five throws of 70 metre-plus, and having suffered just one loss in 16 previous competitions in 2022, the would-be chicken farmer must have been expecting to rule the continental roost.

In his luminous predominantly lime-coloured Slovenian vest, however, Ceh happens to be a jolly green giant: engagingly affable and quick to laugh at himself. So, even if it took a night of sleep, he could see his silver medal as something still to celebrate. 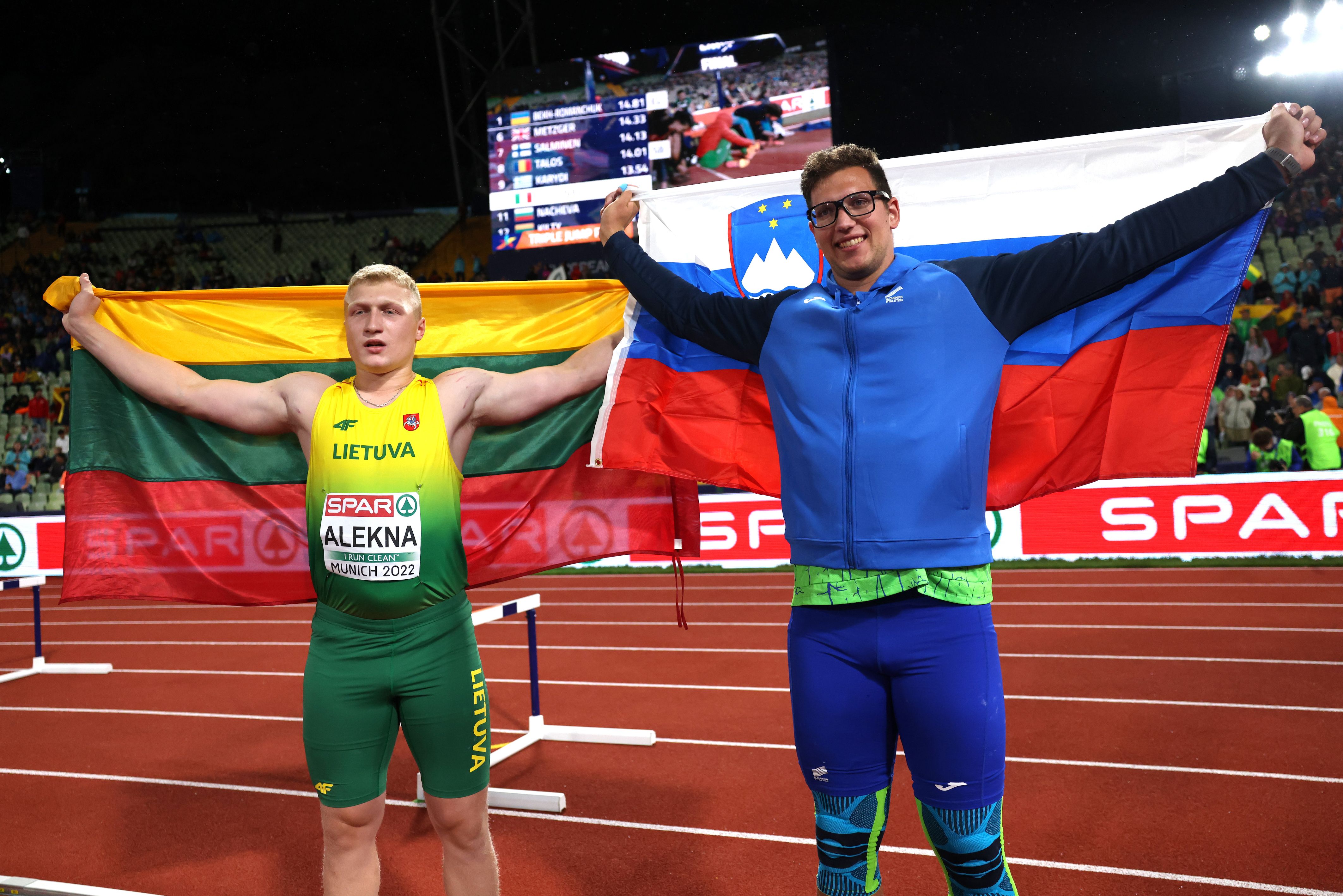 To his credit, the 23-year old could also appreciate the success of Lithuania’s Mykolas Alekna.

The 19-year-old son of the two-time world and Olympic champion and 2006 European champion Virgilijus Alenkna took the gold with a fifth round throw of 69.78m that broke the championship record of 69.06m that Ceh had set in qualifying two days before.

Not quite all of them.

Alekna is still 19 centimetres shy of the magic 70-metre mark. He threw his personal best of 69.81m when finishing as runner-up to Ceh at the Diamond League meeting in Stockholm in July, their only previous tussle before the World Championships in Eugene, where Ceh secured gold with 71.13m and Alekna silver with 69.27m.

Given their youth, the rivalry between them looks like being one for the ages in years to come. “I hope so,” said Ceh. “It’s good to have a good rival to push you, who can push you to the limits.”

Alekna might have a few more years on his side but Ceh will be expecting to keep improving for some time yet.

He has only been working under the guidance of Gerd Kanter, the 2007 world and 2008 Olympic champion, since moving his training base to Estonia last autumn. The results so far suggest there will be more to come.

“Of course Gerd is a great man,” said Ceh. “He achieved so much in athletics. He has so many medals. I can only imagine winning that many.”

Still, with his World Championships gold and now his European silver from Munich, Ceh’s profile in his homeland has started to soar -  somewhere towards the last two Slovenian sportsmen of the year, cycling stars Tadej Pogacar and Primoz Roglic.

“It’s changed a lot for me in terms of attention, but that’s not something I’m against,” he added, laughing. “I like attention and when I won at the World Championships I got a lot more attention, but basketball and cycling are still the top two sports in Slovenia. Athletics is slowly growing up.”

Ceh grew up on his family’s farm, developing his strength by performing any heavy lifting that was required. “I’m from a small farm,” he said. “We didn’t have many machines. We had to use shovels and hands. I got very strong from there.

“So when I started athletics I was already strong, although it’s a little harder to get strength that way than doing it with weights.”

Ceh is already looking beyond using his strength to forge a career in the discus circle. He has been studying agriculture at the University of Maribor, with a view to becoming a chicken farmer later in life.

In the meantime, with his distinctive broad-rimmed glasses and world-beating throwing powers, he is happy to be the Clark Kent-lookalike of the international track and field scene.

“I have read people calling me that,” said Ceh, chuckling at the comparison. “I mean, maybe it’s true. I’m like the Superman of discus.” 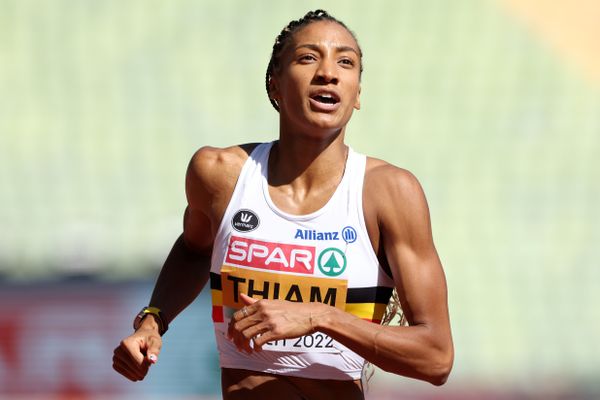 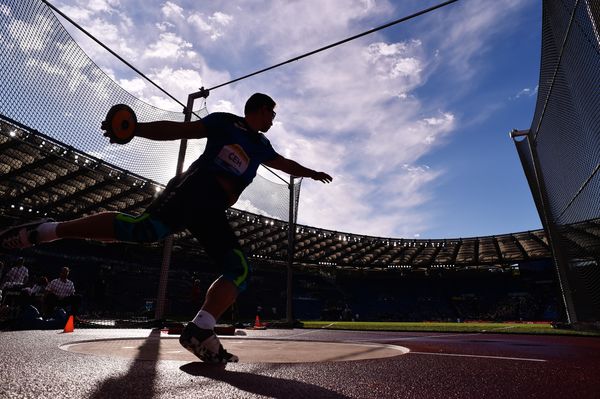