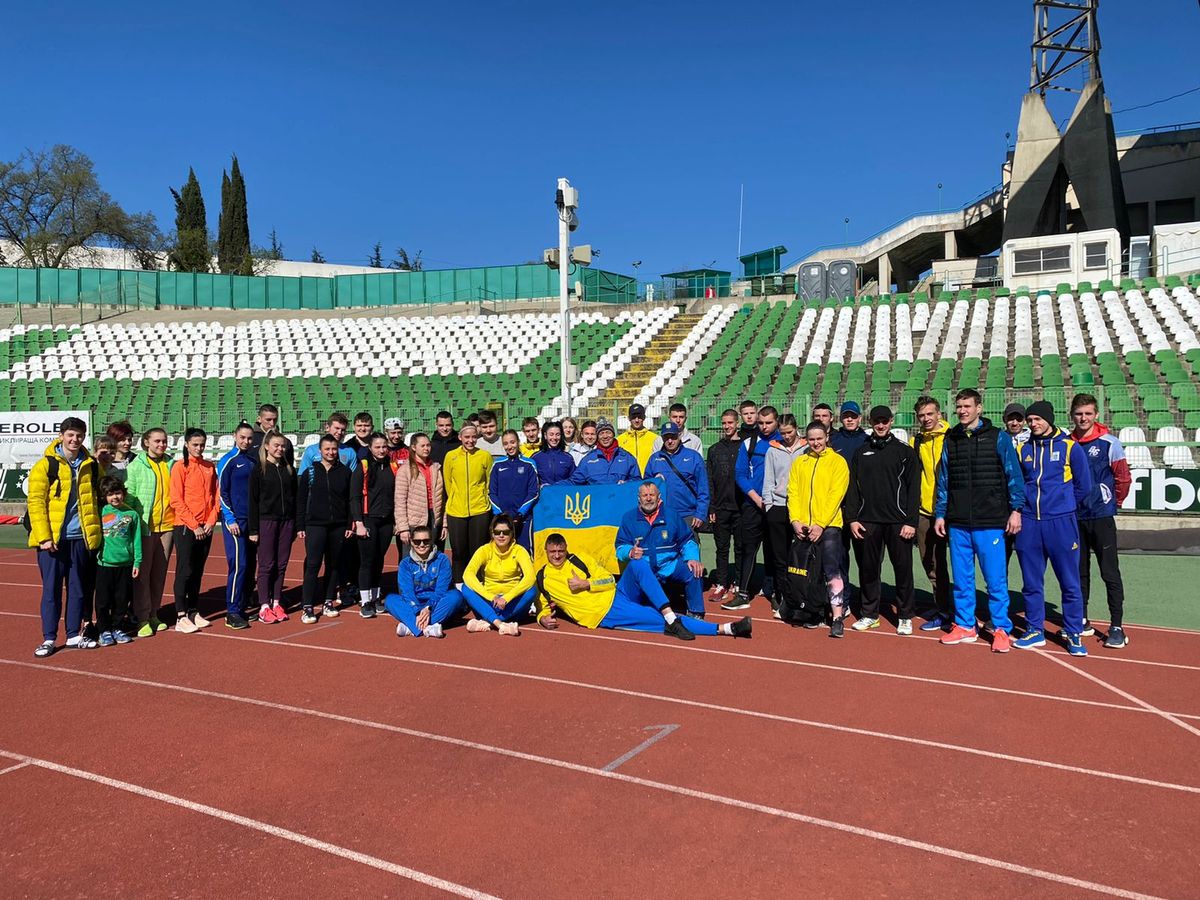 The Ukrainian athletes will be based in the city of Stara Zagora, Bulgaria at the European Athletics Training Camp for Friendship and Peace until early August where they will have access to extensive training facilities at the Beroe sports complex including two 400-metre all-weather synthetic tracks, a throwing facility, an indoor athletics track, a swimming pool and a fully-equipped gym.

Physiotherapists and doctors will also be on hand and a Ukrainian chef has also been recruited to work at the hotel where the Ukrainian athletes - and in some cases their families as well - will be based until August.

European Athletics President Dobromir Karamarinov, who has been spearheading the efforts, said: "First and foremost we are glad that we can offer Ukrainian athletes and their families safety and sanctuary in the time of conflict but also offer high level training facilities so they can continue their sporting careers in these dark and distressing times.

"Sadly the conflict in Ukraine shows no sign of stopping but we hope these efforts will give Ukrainian athletes the best possible conditions to be able to perform at international competitions during summer and be in their best shape for the European Athletics Championships in Munich.

"We also want to thank so many of our other Member Federations who have done so much to support Ukrainian athletes however they can while this dreadful conflict continues."

"This war forced us to change priorities. Instead of developing sports and athletes, we started talking more about safety. The safety of our people would not be possible without our friends from the international federations.  My personal slogan of this war is: in dark times you can clearly see bright people.

These views were echoed by General Secretary Hropach who noted the humanitarian as well as the sporting aspects of this initiative.

"We are sincerely grateful to European Athletics and especially to the President Dobromir Karamarinov for providing these living and training conditions. The athletes who arrived in Stara Zagora noted not only the conditions prepared for them in Bulgaria, but also the warmth with which they were greeted,” she said.

Stara Zagora has a rich and established tradition of welcoming world class athletes to international competitions over the last five decades and the excellent facilities which have been installed thanks to SKLA Beroe and the Municipality of Stara Zagora will offer Ukrainian athletes the best conditions in the build-up to the summer season.

Emilia Dragieva, a board member of SKLA Beroe and a former world indoor high jump medallist, has warmly welcomed the arrival of the Ukrainian athletes in Stara Zagora.

"Currently in Ukraine it is impossible to train, so we extend a hand to Ukrainian athletes and will provide them with all the conditions for full training," she said.